Blue Peter turns 60: how much do you know about the world’s longest running children’s TV programme? 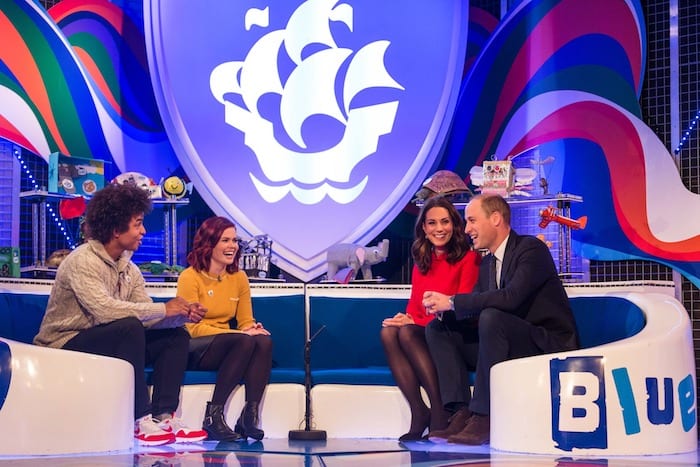 Blue Peter is part of our childhood. Just the words “sticky back plastic” are enough to conjure memories of harassing parents for empty washing up bottles and cereal boxes in ambitious attempts to get crafty. Remember that Tracy Island back in 1993?

If we weren’t being encouraged to throw glue and glitter over handmade greeting cards or bury time capsules, we were organising bring and buy sales, hoarding milk bottle tops and hankering after our very own Blue Peter badge.

We loved it and the kids still do, sending in more than 100,000 letters and pictures each year.

Unbelievably, the show turns 60 this month and to mark the occasion, a special celebration will be taking place at its studios at MediaCity, Salford on Tuesday.

Blue Peter, which moved from London to its new northern home in 2011, launched its 60th birthday celebrations a year ago when it hosted a Gold Badge Walk at MediaCity.

Since then, there have been lots of special events, including a visit to the Salford studios by the Duke and Duchess of Cambridge, the launch of a diamond badge designed by Mancunian fashion designer Henry Holland, and a chance for fans to step into an interactive virtual version of the Blue Peter garden.

The build-up culminates with the live one-hour show, which will see past presenters, including Valerie Singleton, Peter Purves, Anthea Turner, Konnie Huq and Tim Vincent, pop by and reminisce over their favourite moments fronting the show.

It’ll also provide viewers a chance to walk down memory lane and remember all the moments that’ve made the world’s longest running children’s TV programme so unique.

“Blue Peter is a very special club to be part of and the Big Birthday show will be a moment to remember and one to watch for all generations of Blue Peter fans,” says the show’s editor, Ewan Vinnicombe.

“We’re celebrating in style so if you’ve got a Blue Peter badge wear it with pride on our big day.”

The show might be 60 but the grand dame of children’s television is keeping up with the kids, with an interactive website and app, which is why the future’s looking bright for Blue Peter.

“The show is in a brilliant place in 2018 and its 60th year. It has changed in a good way; it has moved with times and evolved with the viewers which is really important,” says Lindsey Russell, who became the 36th presenter following a nationwide search in 2013. She now hosts the show with Radzi Chinyanganya.

“Over the years the Blue Peter values haven’t changed. It is still about what the badge stands for and what it means to children. It’s still about believing in yourself, showing that you can do anything if you work hard enough and set your mind to it.

“The show has stayed true to itself and to its audience and that is why it is still going strong today.”

Here’s one we made earlier: 10 fun facts about the world’s longest-running children’s TV show

The first presenters were Christopher Trace, the stand-in for Charlton Heston in blockbuster Ben-Hur and Leila Williams, who’d been crowned Miss Great Britain the previous year.

There have been 11 versions of the theme tune Barnacle Bill.

The ship’s symbol, the Blue Peter Galleon, was designed by TV artist Tony Hart, who received £100 for his work but no royalties.

The longest-serving presenter (there have been 37) was John Noakes, who presented the series for over 12 years.

The Blue Peter badge was launched on 17 June 1963 and around one million have been awarded. A limited edition diamond badge designed by Mancunian fashion designer Henry Holland was launched this year.

There have been 25 pets so far, including nine dogs, five tortoises, nine cats and two parrots. When George the tortoise died in 2004, he was around 81 years old.

In 1962, a lady named Margaret Parnell sent in the idea for the first Blue Peter ‘make’ and designed over 700 during four decades.

It’s estimated that across the 49 appeals children have raised over £100million.