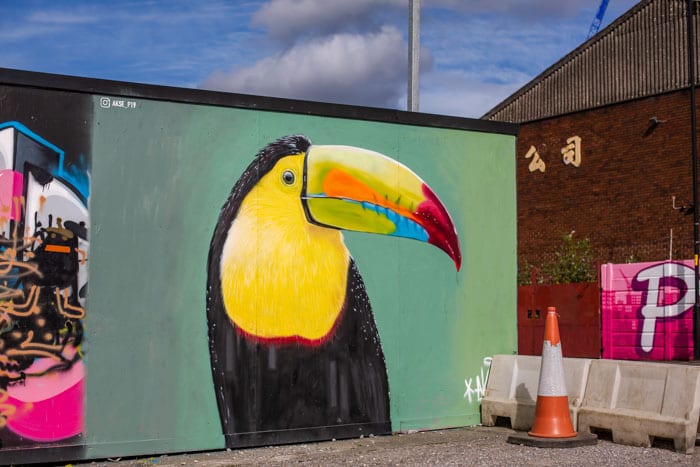 More than fifty renowned artists from across the north west were in town this weekend to take part in charity street art festival Mancunian Spray and raise funds for Manchester’s homeless people.

It also featured street food, bars, and live music with an after-party at Yerrrr Bar in the neighbouring Capital & Centric development Crusader Mill.

Ahead of the weekend, drum’n’bass supremo Goldie reached out on social media to encourage fans to get down to see some live painting and show their support for A Bed Every Night, Andy Burnham’s homelessness prevention scheme.

Saturday’s event, which took place near Chapeltown Street in Ancoats, saw a nearby car park transformed into an urban art gallery for the day.

Also appearing were Kazer, Justin Soal, Sphere, Minto, and Posea, plus some one-off finders-keepers such as screenprints on litter featuring work from the Manchester Art Gallery by our very own Real Mancsy.

There was even a kids wall to encourage the next generation of budding street artists.

Warehouse Project founder and night-time economy advisor Sacha Lord also got involved, arranging for some of Manchester’s leading DJ’s to play at the event. 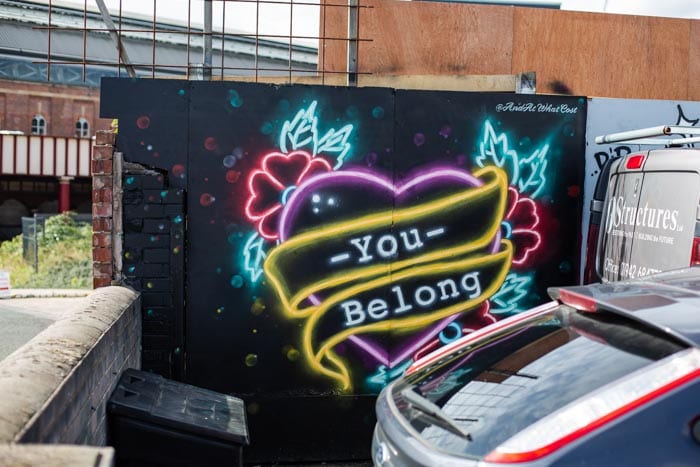 This includes schemes such as A Bed Every Night, which provides a bed, warm welcome, and personal support for anyone who is sleeping rough or at risk of doing so in the Greater Manchester area.

Last year organisers raised £5,000 for Manchester’s homeless, and set a target of £7,000 for this year’s event. The final amount raised this year has not yet been revealed.