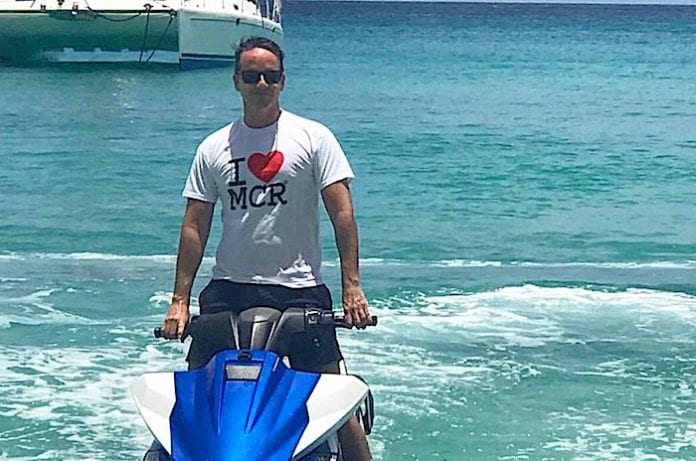 Sacha Lord’s knowledge of Manchester’s nightlife goes back over 25 years. He started with his very own club night at the famous Hacienda club and has gone on to produce some of Manchester’s most successful club nights and events like the Warehouse Project and Parklife.

That’s probably why he was named Manchester’s first ever night-time economy advisor in June.

“People don’t regard the night-time economy as important,” says Sacha, who was born and bred in Wythenshawe, “but when it employs that many people and it’s such a big industry, it is vital.

“People don’t give it the respect that it’s due. I wanted to change that. Because people see going out as a as bit of fun they don’t treat it as seriously as they should.  My aim is to deliver plans to develop the city-region’s nightlife, making it a stronger and safer place to be”.

I went to a really good school but it clashed with the peak of Madchester. I just lost interest in all things academic. I was more interested in music. Especially the Smiths and New Order. I started going out more and hanging around in the Hacienda and it just went on from there, spurring me on to start my own night at the famous venue. Things just went on from there really. 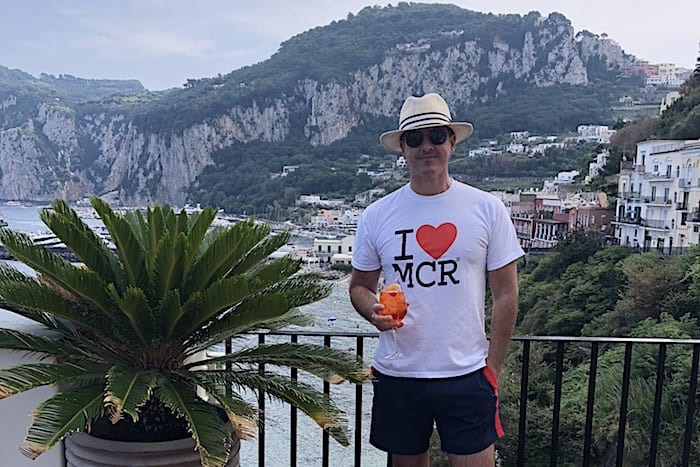 Who has been your biggest influence in life?

I take my biggest inspiration from David Bowie. I’m absolutely obsessed with him. He was an all round genius, rereleasing himself so many times. Somebody who orchestrated his own show on how he died. On his birthday he released an album, never told anybody he was ill apart from his closest friends and then two days later he died. To do something like that – I mean what an incredible showman.

What has been your proudest achievement so far?

Being night-time economy advisor has got to be up there. Although when I was at school I spent a lot of time in the Hacienda. I never actually got A levels or went to university. I flunked school. I felt like a bit of an embarrassment really. Some of my school friends where heading off to Oxford and Cambridge and I went to work in a clothes shop, did a few market stalls and then started work as a promoter. Now I am asked, quite often, to go back to school and speak to the kids. My photo sits there in the hall of fame. So that’s quite nice. I like looking back on that one. 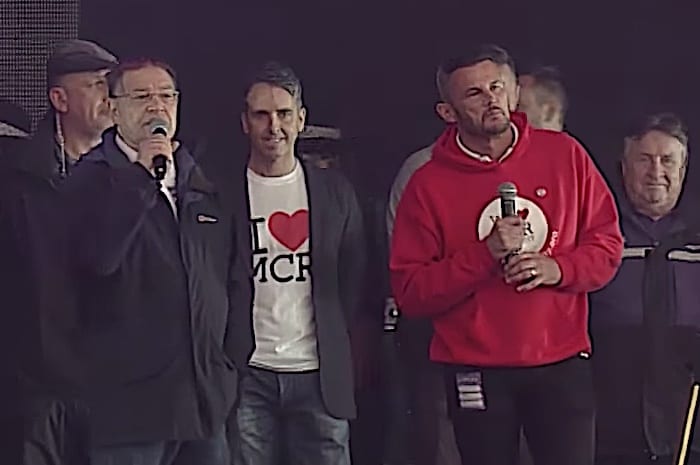 I am up at 7am everyday. I work right the way through to about 9/10pm. I do try and get to the gym most days but mainly it involves a lot of stress. Planning and stress.

Weirdly, the gym is a nice place to go to relax because I am off my phone for an hour or so Also, back in January I was persuaded by my girlfriend to try yoga. I would never have put myself down as a yoga person, but I’m really enjoying it. We get someone round on a Sunday to do an hour and a half of yoga and I absolutely love it. Its ashtanga yoga. It’s more intense than people think. I actually feel that on my muscles more than I do from a gym session.

What’s the best advice you have ever been given?

I haven’t been given amazing advice by anyone actually. I do try and give good advice to other people though. Especially when I go round to schools, colleges and universities. That advice is – when you are at that age do not be scared to f**k up!  At that age most people don’t have a mortgage or kids, or the responsibilities of paying bills etc. If you have a passion, go out there and follow it. What is the absolute worst that can happen? Live and learn from your mistakes.

If things had worked out what could you see yourself doing?

I wanted to play for Manchester United but I was never very good at football, so that was the a problem. I was desperate to be a part of their team. But seriously, I think if I hadn’t gone down the promoter route, I would have ended up in the music industry somehow. I was always obsessed with music. I was really lucky enough to be able to go clubbing in the whole Madchester period. The likes of New Order, The Smiths, James and the Happy Mondays. I think I would have definitely taken a path within the music industry. That was always my passion.

I love Coronation Street. I’m a huge Corrie fan. And one of the biggest curve balls that surprises people is the fact that I am not a very big fan of the music that we play at Warehouse Project. I like house music and disco. But not techno. It sometimes get a bit too heavy for me. I prefer bands. If I was to go on a night out, I would not go to WHP to listen to that kind of music.

The building that amazes me the most is Manchester Central. When it’s empty, go in and look up at the roof. It’s incredible. So so beautiful. Old Trafford has to be one of my favourite places too, being a Red. I also went to restaurant a few weeks ago and I know it’s a really bold statement but I think it was probably THE best meal I have ever had in Manchester. It was called Mana. It was incredible. It was fantastic. I may even go as far as saying it was one of my best meals ever.

It would be to sort out the homeless situation.

The people. I spend time in London and loads of different cities and it sounds really corny but the people of Manchester have got this absolute passion for the city. They are just down to earth. You can get on with anybody in Manchester. In desperate times the whole city comes together. It doesn’t matter if your unemployed, a lawyer, a Red or a Blue, doesn’t matter what diversity you come from or what origin you are from. It’s incredible. Nothing beats it. I am fortunate enough to be able to choose where I want to live but I chose to live in the city of Manchester. I wouldn’t ever move.