The best free and cheap events at MIF 2017 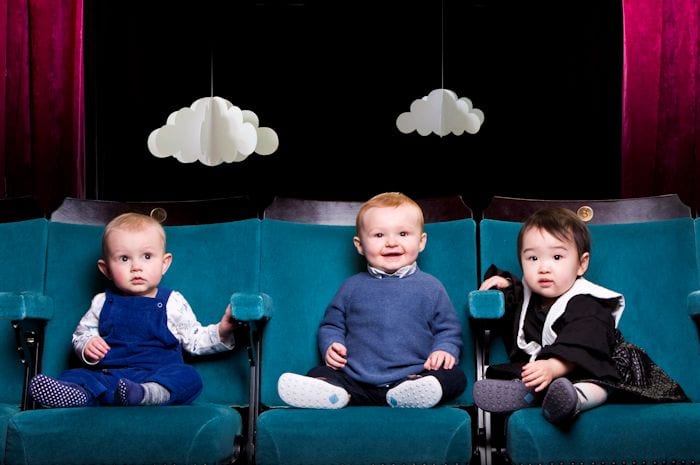 Manchester International Festival (MIF) kicks off on Thursday with a hugely ambitious programme of events. The last two offerings were criticised in some quarters for pandering to the art elite with expensive shows and a lack of homegrown diversity. This year it feels like the festival is getting back to its roots, showcasing the creativity and inclusiveness of the city.

Tickets for headline acts like Bonobo and New Order were priced at the top end of the spectrum at £34 and £45 respectively and sold out a long time ago.

However, there’s a real variety of cheaper events – with tickets costing £15-£20 or less – as well as a number of free ones across the city, giving a more inclusive feel to proceedings. Most still have tickets left.

Here’s our pick of some of the best free and cheap events at MIF 2017.

Albert Square will again be transformed into Festival Square. Admission is free and the square will be open from noon till late from Friday 30th June to Sunday 16th July.
Two young designers, Nicolas Henninger from the Office for Crafter Architecture and Paloma Gormley of Practice Architecture have designed structures for guests to hang out and enjoy the food and drink on offer. The interiors, seating areas and furniture are once again designed by students from Manchester School of Art and Man Met. The BBC will be there, there’ll be live music and, as always, Festival Pavilion will be popping with DJ sets from residents including Dave Haslam and Hattie Pearson, as well as one off sets from Tim Burgess and other special guests.

What Is the City but the People?

The festival kicks off in true Manc style with an invitation to join friends, neighbours and complete strangers. As we all finish work on Thursday 29th June, we’ll head to Piccadilly Gardens at 6.30pm to see a special selection of local people walking on a runway stretching 100 metres through the gardens. Music will be provided by Graham Massey as well as an unexpected mix of local musicians. Free.

Curated by BBC 6 Music’s resident tastemaker, Mary Anne Hobbs, Dark Matter is a total of eight immersive shows from new and pioneering artists from Manchester and beyond. Based at Gorilla and the Ritz, five of the eight shows are priced at less than £20. Highlights include the 14 -strong crew of Manchester mischief makers, Levelz opening proceedings at Gorilla on Thursday, as well Mancunian musician and DJ Paleman at the same venue on July 6th. Hobbs will also be warming up on the decks for Holly Herndon, Kojey Radical and Colin Stetson. Details here.

Opera is probably one of the least inclusive of the arts, but BambinO is opening up the experience to the most unlikely of opera goers. One baby and one adult will be admitted to a pioneering piece of music theatre composed by Liam Paterson and directed by Phelim McDermott for just £5. Operatic language and traditions are reimagined for the most inquisitive of minds. The experience doesn’t end there. Kids will be allowed to crawl around during the performance, interacting with singers and musicians, as well as each other. Babies and parents from across Manchester will enjoy this new show playing at a variety of venues. Details here.

Oscar-winning filmmaker Sharmeen Obaid-Chinoy curates an immersive experience showcasing a series of short films, documentaries and a gallery installation reflecting on the people who left their homes during the partition of India in 1947. We’ll understand the experiences of the people affected and see how history impacted them, shown through the eyes of the migrants who left their homes never to return. Free showings will be daily between 10am and 7pm from Saturday 1st July to Saturday 9th July at The Lowry.

European theatre company Theatre-Rites create a journey through a historic hidden warehouse at MOSI. Blending puppetry, performance, dance and live music this is perfect for kids and families and will bring Manchester to life as the ideal place to call home. Tickets are £15, with £5 off for children under 16 and seniors, 60+. Performances are held daily with times ranging from 11.30am, 3.00pm and 7.00pm.

You don’t get more Mancunian than New Order and Joy Division. This free installation explores the ongoing significance of both bands through the visual art the music has and continues to inspire. Visitors to Manchester Art Gallery throughout the festival’s run will see the legendary Factory Records cover designs from Peter Saville, as well as pieces from contemporary artists including Liam Gillick.

Music journalist and singer John Robb brings his blend of musings on life, music and the universe to the Pavilion Theatre at Festival Square on July 11th at 8pm. He’s joined by three musicians and performers in the shape of Jah Wobble (Invaders of the Heart and formerly of PiL), Cosey Fanni Tutti (Throbbing Gristle) and Youth (founding member of Killing Joke). The latter will be on the decks later on to round off the evening. Tickets are £8.

Full details of all the events, ticket prices and availability can be found here.