Barca pose biggest test of the season for Man United 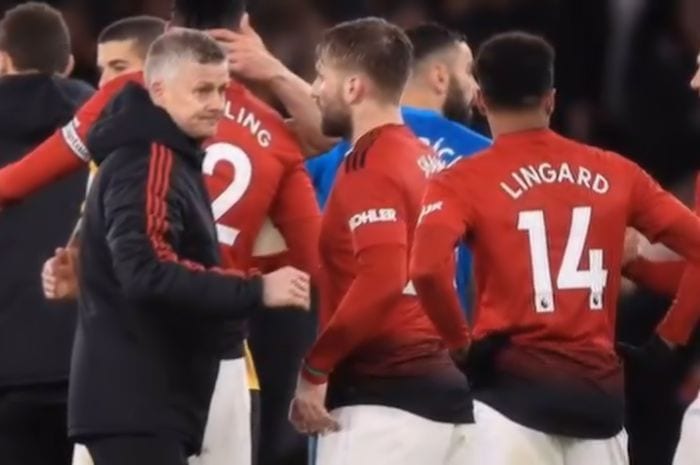 This is it. Wednesday’s home game against Barcelona is undoubtedly the biggest test Manchester United have faced this season and will go a long way to showing where Ole Gunnar Solskjaer’s team really are.

United have faltered of late, with two terrible performances away at Wolves and a poor showing at home to Watford. The truth is, they haven’t looked good and the weaknesses in the squad are again starting to show.

The fans will be well up for it and it will be a proper Champions League tie under the lights at Old Trafford. But the players will need to raise their game for United to stand any chance of progressing – something that they struggled to do in the home leg in the last round against PSG.

On that night, PSG put in a tactical masterclass to stifle Paul Pogba. The Frenchman was in a real purple patch of form and was making United tick. The French champions man marked him and shut him out of the game.

United’s World Cup winner goes into this encounter in patchy form, struggling to inspire this United team and looking a little like he did earlier in the campaign. It’s unlikely that Barca will give Pogba the respect to man mark him, but space will be at a premium. This isn’t the Barcelona team of 2011 that simply refused to let United have the ball, but with Lionel Messi on the pitch, United’s possession is likely to be limited.

This isn’t necessarily a bad thing, however.

This team under Solskjaer have showed how devastating they can be on the counter-attack. If United can win it and break quickly, they have a real chance of hurting the Catalans. Pogba’s ability to carry the ball through the midfield and pick the perfect pass will be vital. He simply has to be on his game.

The same goes for Marcus Rashford. He showed his coolness and calm head to hit home the penalty in stoppage time in Paris. He needs to find that level again on Wednesday and for the return leg in the Camp Nou next week.

There’s a lot of “ifs” around the task facing United and the margins for error are exceptionally fine.

Pogba and Rashford need to be on form. The defence has to be much tighter than it has of late – Victor Lindelöf upping his performances to pre-PSG levels is a must and David de Gea will have to be at his exceptional best.

Most importantly, Ole needs to find a way to triumph over two legs against one of the best teams left in the competition.

During his short time at the helm of United, he’s illustrated not just a knack of analysing his opponents to set his team up, he’s also been able to change things mid-match to take advantage of weaknesses that have become apparent.

Throwing two strikers on when 2-1 up at the Emirates in the FA Cup was an early indication of this talent, as was introducing the pace of Mason Greenwood in the later stages of the second leg against PSG. This forced their defence to sit deeper, which ultimately opened up the space for Diogo Dalot’s shot which resulted in the penalty.

It’s essential for Ole to get to grips with this game from the off and for United to impose themselves much better than the first leg against PSG.

That’s a huge ask and one which requires some form of plan to reduce the influence Messi has on the encounter – something which United have never really been able to do in the big games against Barca.

It’s set to be a huge game. The margins are fine, but as football fans these are the games that we live for.