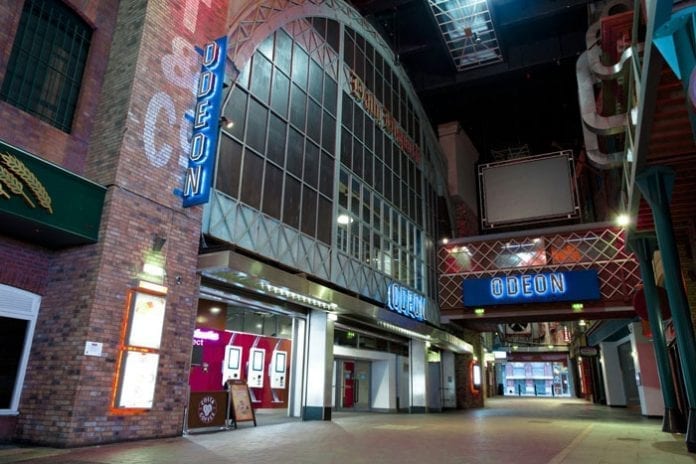 The loss of the chain is sure to upset those of us who remember it fondly, but the change is likely to delight Odeon fans, especially the Limitless club members who felt they would lose out when the Odeon Printworks was taken over by VUE earlier this year.

From the 1st September 2017, when Odeon officially takes over the 16-screen site, guests will be able to enjoy all new offers straight away, including exclusive benefits for kids and families and low price standard 2D ticket prices starting from just £4.99.

The benefits that customers can expect to receive include Odeon Kids, offering great value showings of some of the best entertainment, with tickets starting from £2.50 for both adults & children. If that doesn’t work for you, there’s also Odeon Family Tickets for families of four, whether it’s two adults and two children, or one adult and three children.

Odeon Silver Cinema is one for the slightly older ladies and gents, as it’s a series of screenings for customers who are over 55. Standard tickets are from £3 each and even include tea, coffee and biscuits to enjoy with your film.

There’s also the cinema’s rewards scheme, the Odeon Première Club, which allows film fans to earn points to spend on drinks, snacks and free tickets tickets. Speaking from experience, this is a great scheme and has earned me many free cinema trips.

And of course, Limitless is officially back, allowing cardholders to see all the films they want as often as they like at any Odeon site. If you want to celebrate by treating yourself to a membership, visit their website.

Although these exclusive Odeon offers will be available to guests from 1st September, Odeon’s branding will begin to appear across the site in the coming months. The cinema will be joining other renowned leisure, retail and restaurant sites including All Star Lanes, Almost Famous, James Martin Manchester and Manchester 235 Casino in the converted Victorian warehouse.

The cinema will, of course, be showing the biggest upcoming releases, including Stephen King’s IT, Kingsman: The Golden Circle and Goodbye Christopher Robin. Later in 2017, the most-anticipated blockbusters of the year will also arrive at the cinema, including Marvel’s Thor: Ragnarok, Murder on the Orient Express, and the epic Star Wars: The Last Jedi.

And it seems like it isn’t just the local film buffs who are excited about the new development.

“We’re bringing a host of great deals and the best entertainment to ‘wow’ film fans in Manchester city centre for years to come. Our team are getting everything prepped and ready to go, and we look forward to welcoming guests through our doors.”

Switch off your phone.