Atlas Bar: welcome back to a Manchester icon

One of Manchester's original independent bars... 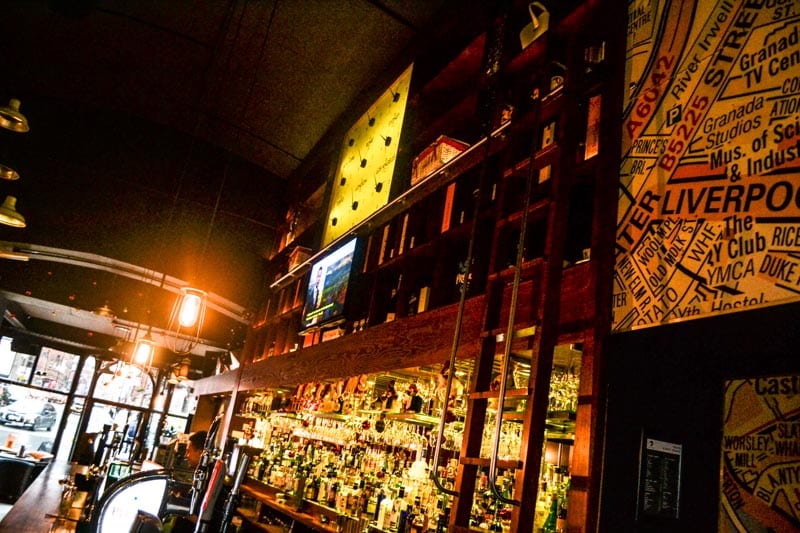 Manchester has a tradition of producing a culture scene every 10-13-years which will be copied by the rest of Britain. Gone are the Manchester days of baggy jeans, flowerpot men hats and the Madchester music scene.

However, people are talking of a Manchester renaissance – a city of independents, marked by three generations of culture.

Today, both Manchester United and Man City are title contenders, the Happy Mondays are touring again, Noel Gallagher has announced gigs for his new album, Albert Hall hosts tributes to The Hacienda, the economy is nearly back up to scratch and nightlife is booming.

Manchester music mogul Tony Wilson once said; “There is no celebrity quite as powerful as the local, homegrown celebrity.” Mr Manchester lived just behind Atlas Bar, just down the road from The Hacienda, in his loft apartment in the nineties.

“Manchester is poised,” Wilson said in an interview with The Guardian inside Atlas Bar in 2001. “Something is coming. It feels very exciting. Let’s see what happens with all these buildings, all these lofts. There is going to be a real explosion in 2003 and 2004 when the centre of Manchester is really lived in like no other city.”

At the Castlefield end of Deansgate, Atlas Bar is one of Manchester’s first independent bars to open in 1996. Refurbished and still mad for the wet trade; welcome back to a Manchester icon. 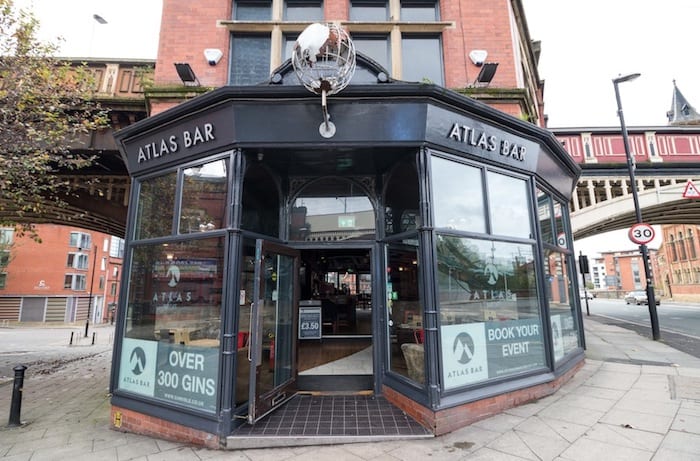 The Deansgate bar has been refurbished from its Manchester roots and matured with its custom. Gone is the eighties décor, to be replaced with fantastically opulent, modern styling, yet retaining old school nods to the past. Ornate ceilings, dark, moody, slightly industrial décor, with all the things which Manchester loves.

Theatrically served with high shelved bottles, the comprehensive bar is home to over 300 different gins. Yes, one hundred and thirty different gins. Staggering, considering there’s only about 35 notable gin brands in any well-stocked supermarket or booze shop.

Their most premium gin is Monkey 47 Distillers Edition priced at £9 a measure. A drop that might not be best suited to the tasteful match-day crowd of a weekend but your discerning Friday night drinker you find in Atlas Bar until 2-3am.

The food offering at Atlas offers concentrates on breakfast, brunch and lunch. Chef Ross Parker brings accolades from Harvey Nichols Second Floor, combined with a top quality service that is prepared from as early as 7:30am for early birds passing the suitably situated establishment on their way to work or gym. Try the eggs Benedict (£6).

Now with after-work offers (half price gin & tonic or house wine for £10 from 5-7pm every day), Atlas Bar is the perfect pre-theatre place to meet.

Ride the fourth Manchester wave with us.