At risk: the Manchester theatres in danger of redevelopment or demolition 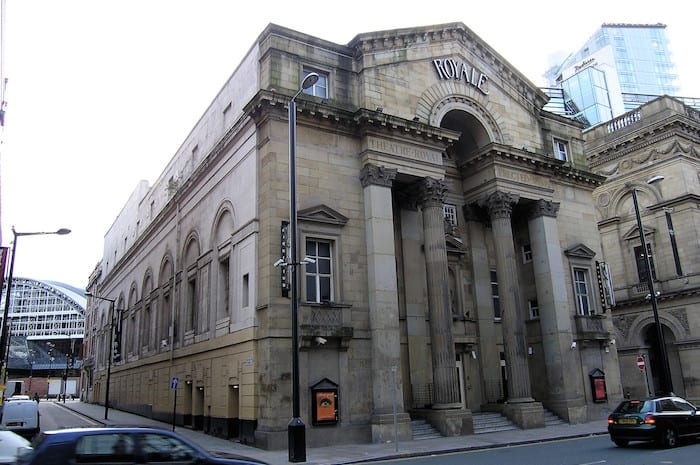 Greater Manchester’s theatres are steeped in history. But five of them, with links to cultural giants such as novelist Charles Dickens, actor Sir Henry Irving and Dracula creator Bram Stoker, are on the “at risk” register – in danger of redevelopment or demolition.

The quintet – Manchester’s Theatre Royal in Peter Street, the Victoria Theatre Salford, Hulme Hippodrome, the Theatre Royal Hyde and Tameside Hippodrome in Ashton-under-Lyne, have all been closed for a long time.

Every theatre on the register has the potential to be returned to its original performance use and be a real asset to its community.

Theatre Royal Manchester was built in 1845 and is Manchester’s oldest surviving theatre building and one of the finest examples of theatre architecture to have survived in Britain from the first half of the nineteenth century. The great writer Charles Dickens performed there in its early years.

It closed as a theatre in 1921 in the face of competition from the Palace and Opera House and converted to a cinema. The Grade II listed building was left virtually unscathed by the German air raid that all but destroyed the adjacent Free Trade Hall in 1940. In later years it became a bingo hall then a nightclub and discotheque before finally closing in 2009.

Sir Henry Irving, the greatest actor of his day, and Bram Stoker, creator of Dracula, were present at the laying of the foundation stone of Salford’s Victoria Theatre, Lower Broughton, in October 1899.

Within a year of opening in 1900, the Victoria began showing films and the Grade II listed building became predominately a cinema from 1919 to 1958 when it was turned into a venue for bingo. It was last used in 2008. It failed to sell at auction last September when bids fell short of the £350,000 reserve price.

The Hulme Hippodrome was last used for theatre in the 1960s, then bingo from the mid-1970s until its closure in 1986. Its poor state of repair has resulted in squatters being found in the building. They were removed last year.

However, the building remains vacant and vulnerable and in urgent need of intervention to prevent ongoing deterioration.

Originally known as the Grand Junction Theatre and Floral Hall, it opened in Preston Street in October 1901. The Friends of Hulme Hippodrome had hoped to get the building listed as an asset of community value, which would have given the community group six months to raise the money needed to buy the building from the owner before it went out to general market. The application, however, was turned down by Manchester City Council.

Tameside Hippodrome closed in 2008. A threat of demolition in 2009 was halted when the building was listed, but it remains vacant. There are some concerns about its deterioration, particularly the roof.

It opened in 1904 and in 1932 was converted to a temporary cinema and renamed The New Empire in November 1933. It was later bought by ABC Cinemas, who continued to own the lease on the building until 1974.

Following an attempt to convert it into a bingo hall, a 21-year lease was bought by Tameside Council, and the theatre was relaunched as Tameside Theatre in 1976. The building was bought by the council in 1983.

Tameside Council, which is currently seeking funding for the refurbishment for the theatre, a sustainable business model for it and a new operator, say it will not reopen until this has been done.

Dating from 1902, the Theatre Royal Hyde, described as a beautiful and atmospheric Edwardian theatre, was threatened with demolition for a housing development, but was saved by spot-listing in 2000.

In the early 1970s, the popularity of live performances were on the decline and the decision was made to stop them altogether at the theatre. The main auditorium become a full-time cinema and a second cinema opened in 1972 taking up the majority of the original stage area. It finally closed in 1992.

In November 2016, the theatre was purchased by Hyde Islamic Resource Centre.

It’s not all bad news however. Suzie Jacobs, spokeswoman for the Theatres Trust, the UK’s national advisory body for theatres which compiles the at risk register, said: “Hulme Playhouse has been removed from this year’s list and is considered no longer at risk, demonstrating how important and rewarding the work by many, including Theatres Trust, can be.”