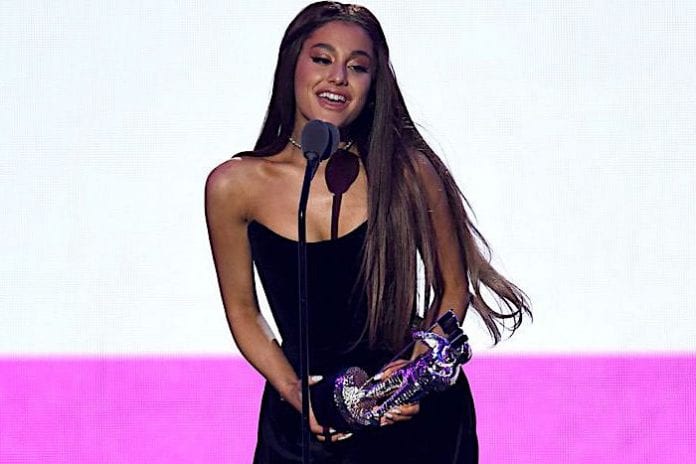 Ariana Grande has announced that she is to play a concert in Manchester next year as part of her European tour.

It will be her first visit since she performed at the One Love benefit concert at the Emirates Old Trafford, less than two weeks later after the Arena attack in which 22 people died and hundreds were injured.

“We need a bit more time getting things together before we can announce that date but we are of course coming and we love you”.

It is yet to be announced whether the show will take place at the Arena or at an outdoor venue with a much bigger capacity such as the Emirates Old Trafford, the Etihad, or Old Trafford football stadium.

Following the Arena terror attack on 22nd May 2017, she re-released One Last Time, the song she performed at her concert just minutes before the attack took place, as a charity single, with proceeds going to the We Love Manchester Emergency Fund.

She was named the first patron of The We Love Manchester Emergency Fund charity and an honorary citizen of Manchester in recognition of her extraordinary connection with the city.

Her song Thank U, Next has spent six weeks on top of the UK charts and is odds-on favourite to stay there and claim the Christmas number one crown.

She has spent the longest time at number one for a female artist in 2018 and has become the most listened to artist worldwide on Spotify, surpassing the mark of 46.9 million monthly listeners, overtaking Selena Gomez for the world No.1 spot.