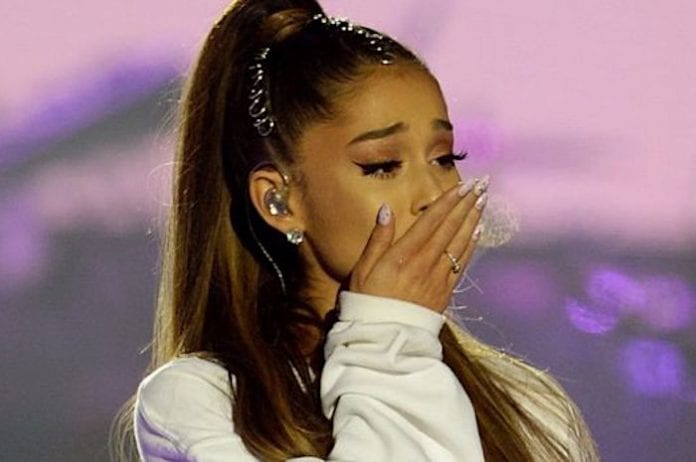 Ariana Grande is the first recipient of a new honour bestowed on people from outside Greater Manchester who have made a significant contribution to the city.

The honorary citizenship is in recognition of her role in organising the One Love Manchester Concert on June 4 which raised millions of pounds for the We Love Manchester Emergency Fund set up for victims of the May 22 terror attack, and as patron of the charity.

It was agreed at a special meeting of Manchester City Council which took place today to pay tribute to the victims of the Manchester Arena attack and the many people who contributed to the city’s inspirational response.

The special meeting reflecting on the events of the day and their aftermath preceded the first full Council meeting since the 22 May atrocity.

The traditional civic prayer was read by representatives from across the city’s faith groups and the names of those who lost their lives read out.

A minute’s silence was then observed before an number of short speeches by guest speakers who played significant roles in the response to attack.

They included Greater Manchester Police Assistant Chief Constable Vanessa Jardine, tattoo artist Vent Brewer of Sacred Art in Chorlton who gave bee tattoos in aid of the We Love Manchester Emergency Fund, and Sam Arshad of Manchester Street Cars who instructed the company’s cab drivers not to charge people being picked up from the Arena.

Council leader Sir Richard Leese said: “Manchester continues to move forward with strength, spirit and its trademark swagger. But we will never forget the terrible events of 22 May and their aftermath.

“As well as honouring the victims and all those affected, it is important that we remember the extraordinary acts of courage and generosity of spirit which we have witnessed. The worst of times have in many ways brought out the best in the city.

“It is only fitting that we mark the first time the full Council has met since then with a special meeting reflecting on those events before getting on with normal business – itself a symbol to terrorists and those who would divide us that Manchester will not be cowed or deflected by them.”

The meeting closed with members of the string section of the Halle Orchestra performing  Don’t Look Back In Anger which the mayor said had come to symbolise the sense of strength and defiance in the city.