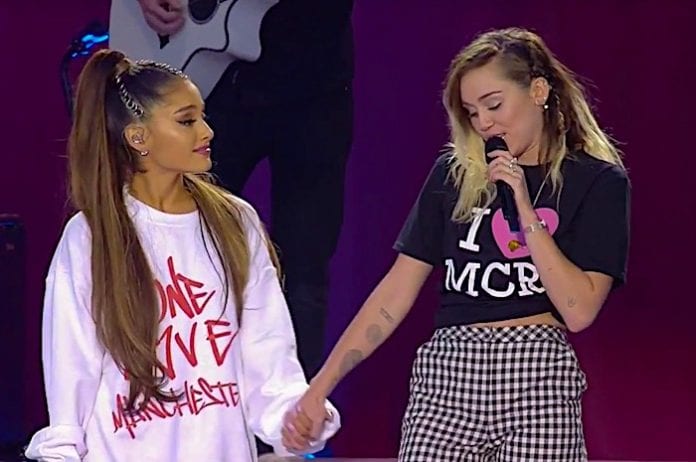 Some Ariana Grande fans think there’s a hidden tribute to the victims of the Manchester Arena terror attack in her new album released this weekend.

They noticed that the last song on the album, Get Well Soon, finishes with 40 seconds of silence to bring the track’s running time to 5 minutes 22 seconds. The Arena attack took place on May 22 last year, which is expressed as 5/22 in American English.

Fans have applauded the pop star for ‘honouring the victims of the attack’ with others calling Get Well Soon an ’emotional and beautiful track’.

She added 40 seconds of silence at the end of the last song on her new album #Sweetener – so the song would be exactly 5:22 long. pic.twitter.com/fdBAnMwIhL

Sweetener follows her 2016 album Dangerous Woman, which reached the top of the Official UK Albums Chart upon its release. It features the tracks No Tears Left To Cry, The Light is Coming and God is a Woman.

Grande, who was named first honorary citizen of Manchester, hasn’t confirmed confirm whether the 40 seconds silence is to honour the victims of the attack but she did share a thank you to her fans.

mood :’) gonna to cry all day lol. thank you for your warmth. thank you for listening and hearing me. happy sweetener day and i love you. https://t.co/kgaHLWjUeK pic.twitter.com/2dMI5AqgYf

The star had just finished performing at the venue when a suicide bomber detonated an explosive device, killing 22 people and injuring 59.

She recently told Vogue that she suffered from post-traumatic stress disorder after the attack.

“It’s hard to talk about because so many people have suffered such severe, tremendous loss. I know those families and my fans, and everyone there experienced a tremendous amount of it as well. Time is the biggest thing. I feel like I shouldn’t even be talking about my own experience — like I shouldn’t even say anything. I don’t think I’ll ever know how to talk about it and not cry.”

And she told interviewer Giles Hattersley what she thinks about Manchester.

“I don’t think there are enough words to describe my love and adoration for the people of Manchester.”