Greater Manchester Mayor Andy Burnham has paid emotional thanks to a mystery donor who pledged a massive £50,000 to the new oneGM charity – just a day after the region’s leader launched the campaign to support those in need through the ongoing coronavirus crisis.

Mr Burnham joined civic, business and community leaders to launch oneGM on Tuesday to show that “this is a city region that cares”.

And the city certainly proved it cares by digging deep to make donations to the official just giving page in its first 24 hours – including one anonymous hero who boosted the fund by £50,000 within minutes of the page going live.

Taking to Twitter, an overwhelmed Mr Burnham paid tribute to all those who have donated – including that massive £50,000.

He said: “To whoever has anonymously donated £50,000 to the #oneGM campaign today, I genuinely don’t know how to thank you enough. You’ve given us hope that we can get people through this.

“Indeed, thanks for all your donations. If you can help, please do so here: https://justgiving.com/campaign/oneGM”

Reflecting on the huge number of donations in the opening 24 hours, he later added: “You know what? People are brilliant”.

The oneGM campaign has brought together the public, private, charity, social enterprise, faith, sport and cultural sectors, in support of people and businesses facing a challenging time as a result of the COVID restrictions.

It aims to provide help that goes beyond the package of support being offered by the Government, particularly over the winter months, in recognition of the hardship some people will be facing. 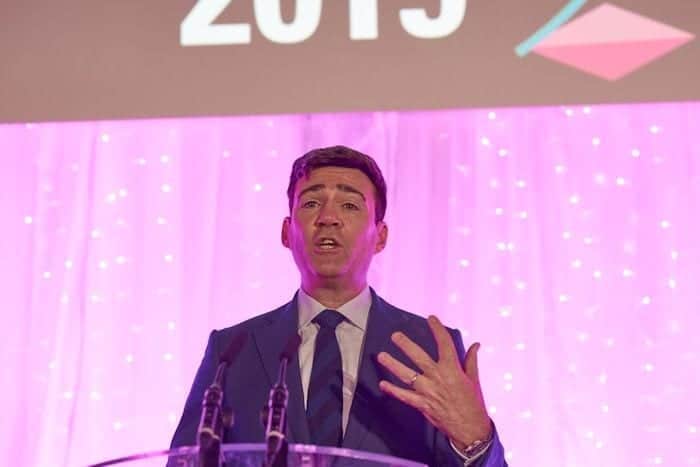 The Mayor re-stated his commitment to those whose livelihoods are directly affected by the Tier 3 restrictions and that he committed to help the lowest paid workers whose businesses have been forced to close as well as support for the self-employed and freelancers.

People can donate to local charities and voluntary organisations and through the oneGM campaign hosted on the Mayor of Greater Manchester’s Charity website.

Mr Burnham also confirmed that Greater Manchester is likely to receive at least £65m from the Government which will include backdating of financial support for businesses when the city-region was effectively in Tier 2 from the end of July.

This is in addition to the £22m from Government for local test and trace and enforcement.

Launching the new appeal, he said: “A lot has been asked of the people of Greater Manchester from lockdown in March to effectively living in Tier 2 restrictions since the end of July and then Tier 3 restrictions since last Friday.

“While we didn’t get all the support from Government we asked for, I want to reassure everyone that I will do everything I can to help those suffering from hardship so people can live their lives with as much dignity and comfort they deserve.

“However, I can’t do this all on my own; it’s a partnership across our sectors in Greater Manchester.

“I’m humbled to see so many people come together under the oneGM campaign to unite the city-region and provide whatever support people need.

“We are all committed to making sure our economy and people come out of this pandemic ready to thrive and I hope others will join us too.”