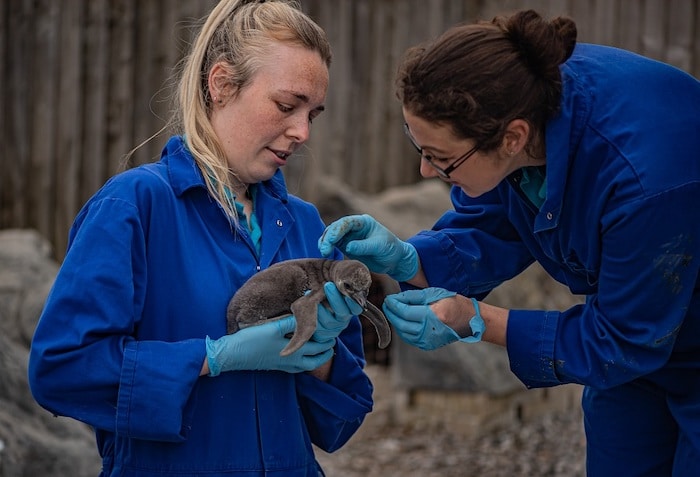 Nine adorable penguin chicks have hatched at Chester Zoo – and keepers have named them after their favourite fruits.

The first of the Humboldt penguins to emerge from its egg, Plum, has since been joined by eight others, including Peach, Papaya, Cherry and Rhubarb.

Hatching at a weight of just 80g, penguin chicks triple in size in their first three weeks of life and quickly reach around 3kg, just like their parents.

After spending their early weeks of life tucked away in their nests being cared for and fed by their attentive parents, the tiny youngsters have now begun swimming lessons. 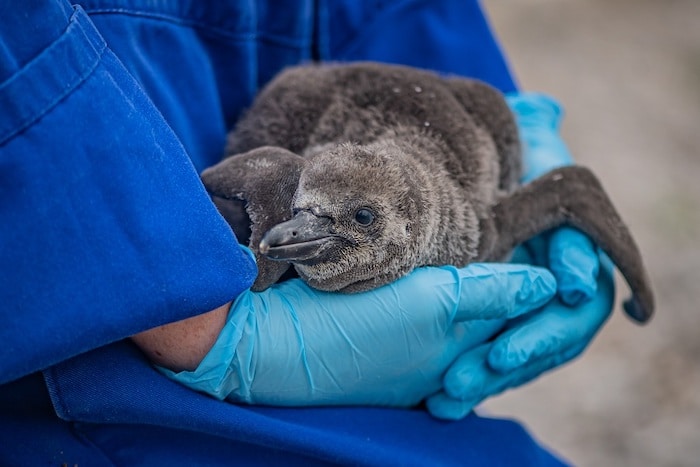 “There’s nothing quite like hearing tiny chirps coming from the penguin nests and seeing little balls of fluff snuggled up with their parents just moments after hatching,” said Sophie Bissaker, Parrots and Penguins Keeper at the zoo.

“And, over the course of just a few weeks, we’ve been lucky enough to hear lots of those chirps as nine new chicks have now hatched.

“Penguin Island is buzzing with activity.

“For the first three months of life, mum and dad keep their new chicks tucked away while they feed and nurture them.

“To help them gain weight while they’re so young, we provide the parents with extra fish which they swallow, churn into a high-protein soup and regurgitate at feeding times. 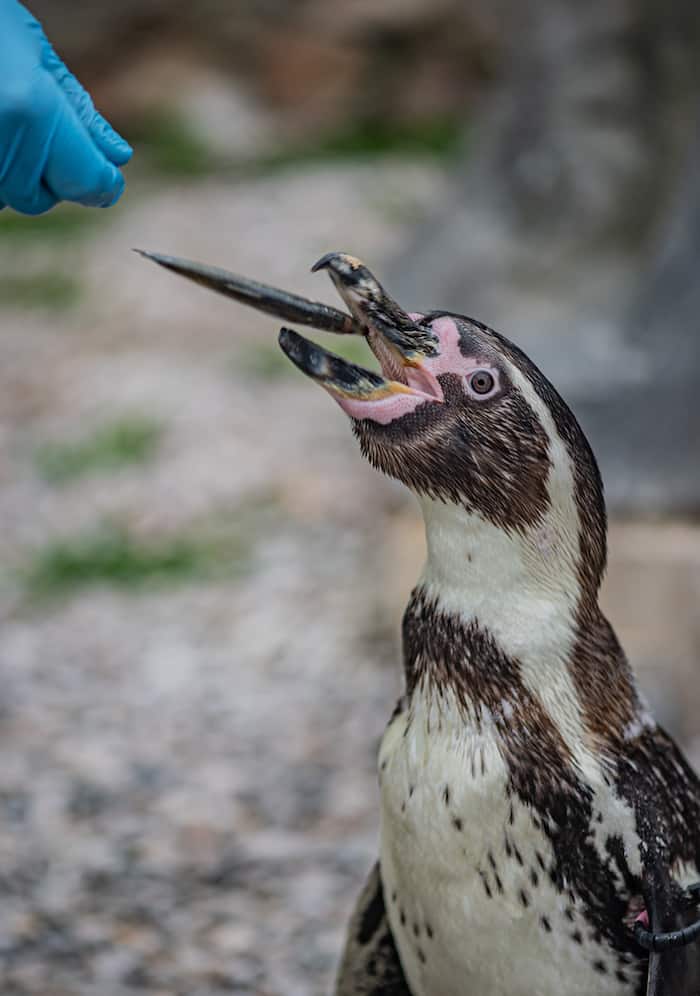 “Zookeepers have a trend of naming the penguins using a different theme each year and previously we’ve had brands of crisps, chocolate bars and in 2020, our NHS Heroes.

“After some serious thought, we’ve decided to name this year’s class after different types of fruit!

“Among them we have Plum, Banana, Lemon and Iona-Berry in honour of a vet who saved dad Munch’s eyesight last year.

“They’ve just started to venture out of the nest to begin swimming lessons in the main pool where they’ll learn how to catch food for themselves.

“In a few weeks they’ll shed their fluffy grey feathers to reveal their iconic black and white feathers underneath, which are waterproof and help them zoom through the water!” 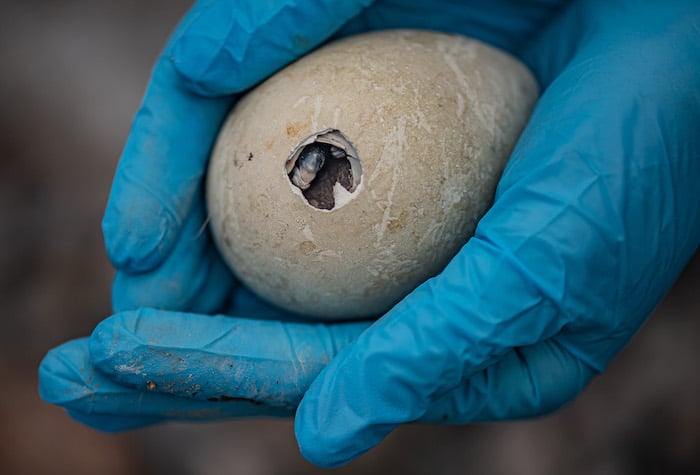 Of the world’s 18 penguin species, Humboldt penguins are one of the most at risk of extinction.

They are listed as vulnerable to extinction by the International Union for the Conservation of Nature (IUCN) as they are becoming less common in places where they were once found in abundance.

Found on the rocky coastal shores of Peru and Chile, the birds face a number of threats such as climate change, over-fishing of their natural food sources and rising acidity and temperature levels in the oceans – causing the penguins to search further from their nests for fish and increasing their vulnerability to predators. 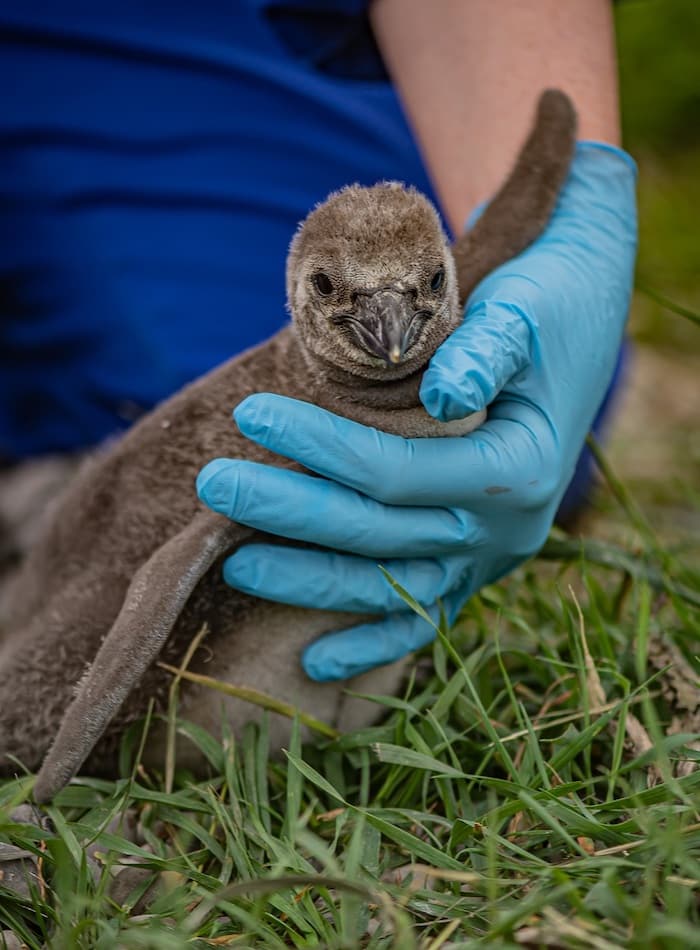 Chester Zoo is home to more than 27,000 animals made up from nearly 600 different species, many of which are endangered in the wild.

The zoo also supports field projects in 20 countries around the world, as well as closer to home in the UK, preventing the extinction of highly threatened species.