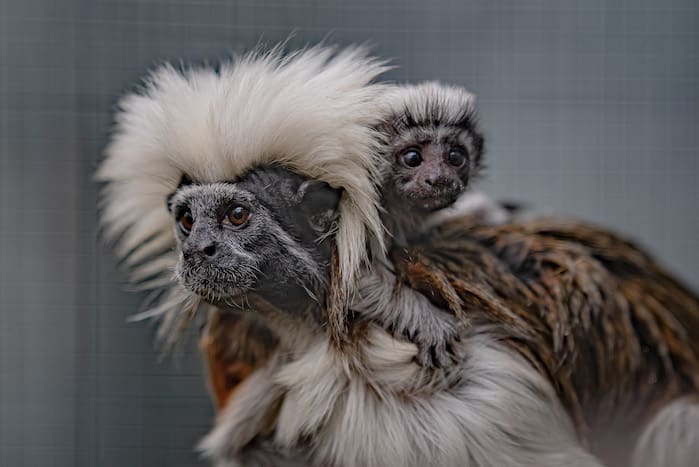 One of the world’s most endangered primates has been born at Chester Zoo.

Conservationists at the zoo say they are “overjoyed” at the birth, with cotton-top tamarins listed as critically endangered on the International Union of Conservation and Nature’s (IUCN) Red List.

It’s estimated that just 2,000 breeding animals remain in the wild – tamarins have already undergone a large reduction in their numbers and are predicted to decline by 80% in the next 20 years, making them one of rarest of all primate species. 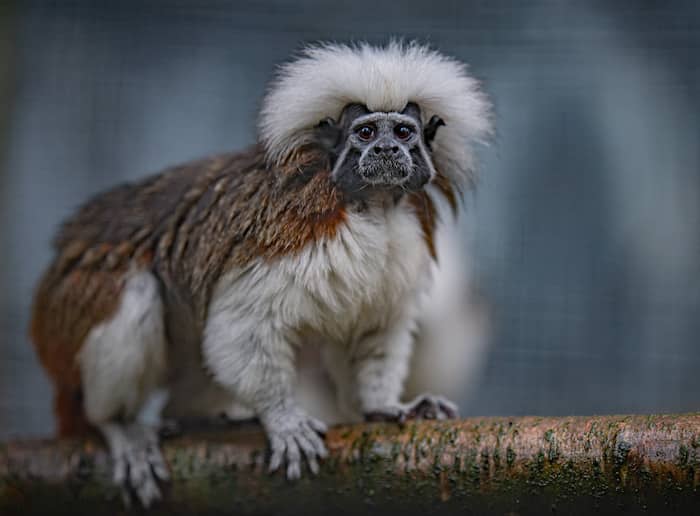 The mini monkeys are native to a small area in northern Colombia but, sadly, only 5% of their original habitat now remains intact due to mass deforestation, while the illegal wildlife trade is another significant threat to their survival.

Conservationists at Chester Zoo are part of a coordinated international effort, involving the world’s leading zoos, which is aiming to save the species from extinction.

“The cotton-top tamarin is an exquisite animal but sadly it’s one of the most endangered primate species on the planet,” said Nick Davis, deputy curator of mammals at the zoo.

“It’s a highly threatened species because its wild habitat has been destroyed by commercial logging for the agriculture, paper and timber industries, and these miniature monkeys are also regularly found in the illegal wildlife trade.

“It wasn’t that long ago that these miniature primates were seen as quite a common species, so their dramatic demise over the last few years shows just how a species thought to be safe can change so rapidly.

“Cotton-top tamarins have an iconic look with their voluminous plume of white fur on the tops of their head. This crest of hair raises up when then they get excited, or feel that they need to warn off danger, making them look bigger and more intimidating.

“It’s these distinctive looks that tends to draw poachers to them.

“Due to their complex social and environmental needs, cotton-top tamarins should never be kept as pets. They’re highly intelligent animals that can live for around 25 years when safe in zoos.” 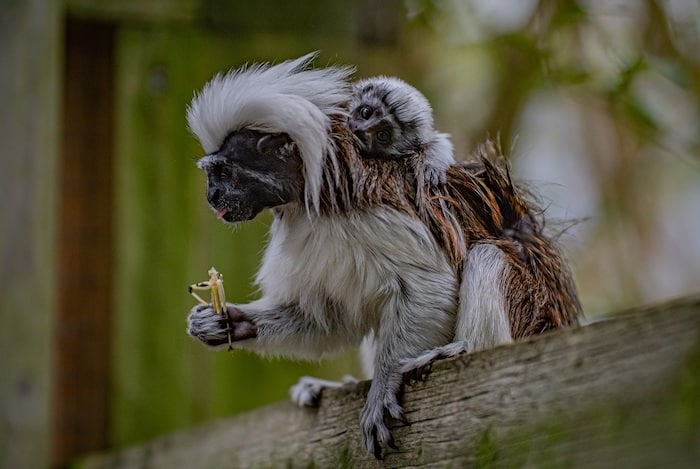 Cotton-top tamarins live in extended family groups of around eight individuals in which a dominant female suppresses the fertility of the other females in the group. When a group grows too large, a pair will then head off to start their own group.

“We strongly suspected that Treat was pregnant from our regular monitoring of her weight and seeing her belly swell, but it was a fantastic surprise nonetheless to see a tiny little ball of fluff clinging onto her back one morning,” said Siobhan Ward, primate keeper at Chester Zoo.

“The little one weighs just 40g and is around 10cm tall from head to tail, so it’s a little too tiny and a bit early on to determine its gender at the moment. 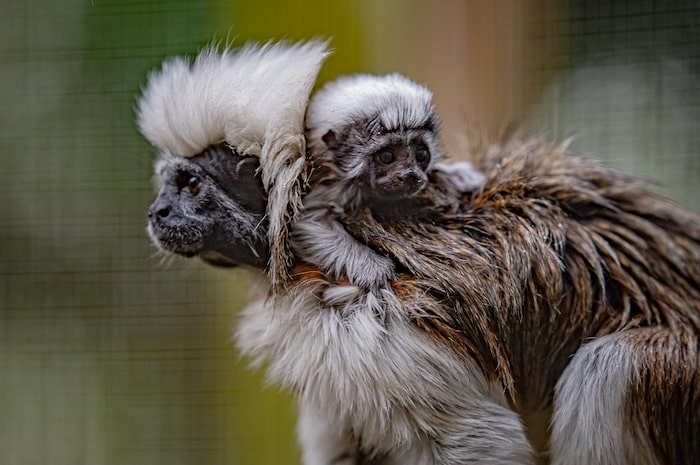 “The baby will be carried around by both parents for around the next six months – but it’s actually dad who’s been doing most of the carrying so far, passing it to mum for feeds while he stays protectively close by. Both Treat and Leo have taken to parenthood brilliantly.

“In order to help save the species we only recently started caring them at the zoo again and so this is the first cotton-top tamarin to be born at Chester Zoo in 22 years and we’re completely overjoyed.

“It’s incredibly special to be able to see the little one so soon after its birth and after opening its eyes for the first time to take in the world.”

Cotton-top tamarins are pregnant for around five months and use more than 38 different calls to communicate to one another, defend their territory, call their young and warn the group of predators.