It might seem like actors are living their dream, but most of them will be harbouring secret hopes of playing a character that’s so far eluded them.

This is the inspiration behind Joe Simpson’s latest exhibition ACT, in which the visual artist asked some of his favourite actors what role they’ve always wanted to play but never had the chance to make a reality. 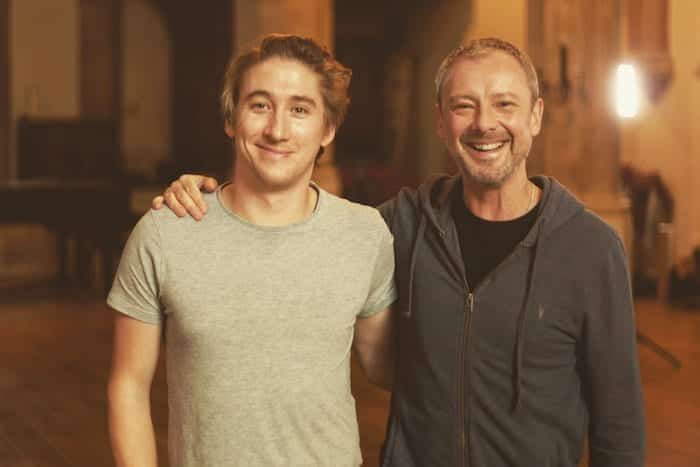 “The only stipulation was that it’s something they haven’t done before, so that it’s totally new,” says Joe, who’s been working on the series of fictional scenes for five years.

Before embarking on each of the oil on canvas paintings, Joe spent time with each actor, discussing their ideas about the role and why they chose it, and then collaborated on what would be included in the finished piece.

“I then took the original photographs of the actor in costume and used these as references to create the painting with an imagined background and setting, like a film still from a film that doesn’t exist,” explains Joe.

“I wanted to re-invent the role they have chosen, imagining my interpretation of how that could look.

“These are the most researched pieces I’ve worked on, where I study each role and create a scene from scratch – which includes making costumes, referencing cinematography, genre conventions and character profiles and visiting authentic locations – all to build a single frame story.

“I spent over two months on each piece and filmed a time lapse of the process.”

As part of the touring exhibition, which will be stopping off at Stockport War Memorial Art Gallery from 25th January, Joe will also be displaying moments from behind-the-scenes, with concept sketches, time lapses and insights into the motivations behind the actors’ choices.

“For example, Matt Lucas chose Singin’ in the Rain as he grew up loving musicals and his first screen crush was Gene Kelly. Initially, he was going to pick the role of Annie (the 1982 film) – which would have been a very different painting,” says Joe.

“Olivia Colman chose the Lars Von Trier movie Breaking the Waves, which she’d only seen once, but it made such a profound impact on her she’s never stopped thinking about it.

“Michael Sheen said he’d pretty much played every role he wanted to play, but he was in love with Maurice Sendack’s book Where the Wild Things Are, from reading it as a child to reading it to his daughter.

“He even owns his own costume to wear at home.

“Gugu Mbatha-Ra’s first professional role was a background character in the stage play of Cleopatra at Manchester Royal Exchange Theatre and said it’s her ambition to play the lead role.”

Joe, whose paintings have been shown both nationally and internationally including The National Portrait Gallery, The Royal Albert Hall and Manchester City Art Gallery, also created black and white acrylic studies of each actor that will be shown in the exhibition. 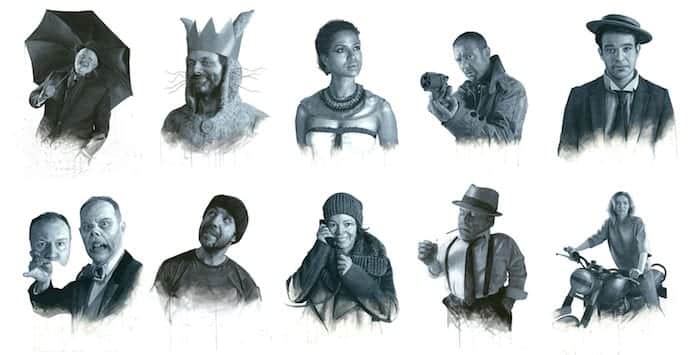 “This project draws threads from all my previous work, including portraiture of notable subjects and exploring the narrative potential of the still image, into a more complex and realised vision,” he says.

“It’s the most ambitious and challenging project I’ve ever attempted.”