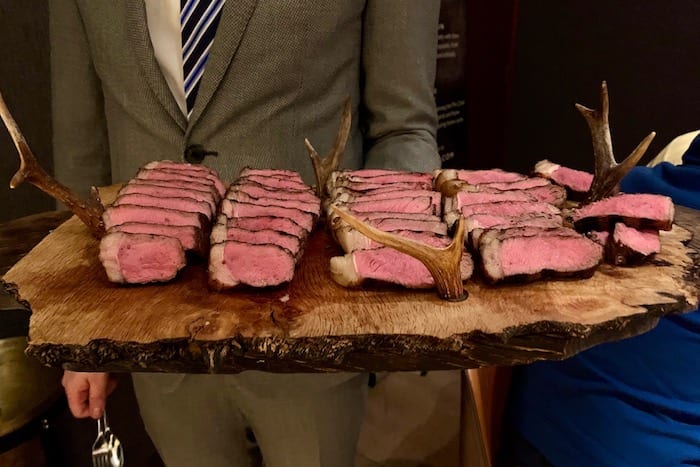 The first of the events, Meat the Maker, coincided with National Butchers’ Week and offered guests a tasting of the finest cuts of meats with accompanying wines courtesy of beef supplier Farmison & Co.

The event started on the outdoor terrace with a glass of champagne and canapés. Not dainty little bites, though. Rather, meaty cubes of deep-fried pork belly, huge skewers of chicken kofta, and plump pink Texel lamb cutlets. 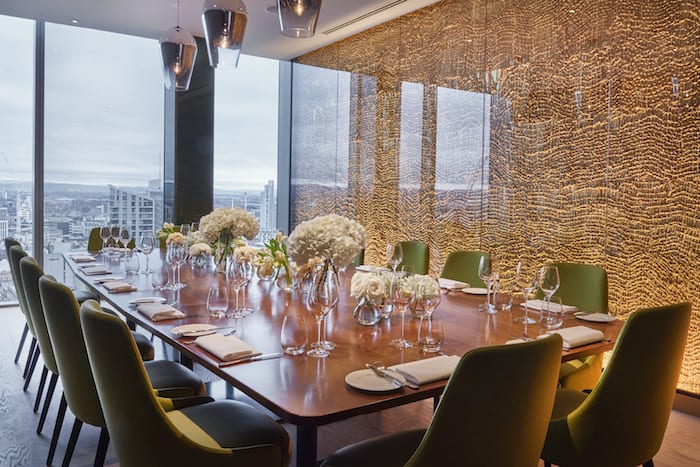 Then it was through to the private dining room for the main steak action.

Lucinda Hardman from Farmison – a self-confessed ‘meat geek’ who would almost certainly judge you if you ordered your steak well done – began with an introduction to the brand.

It’s all about 100% grass-fed heritage breed herds, reared naturally to roam the fells of Yorkshire, Lancashire and Cumbria. The meat is then dry-aged for between 32 and 60 days. 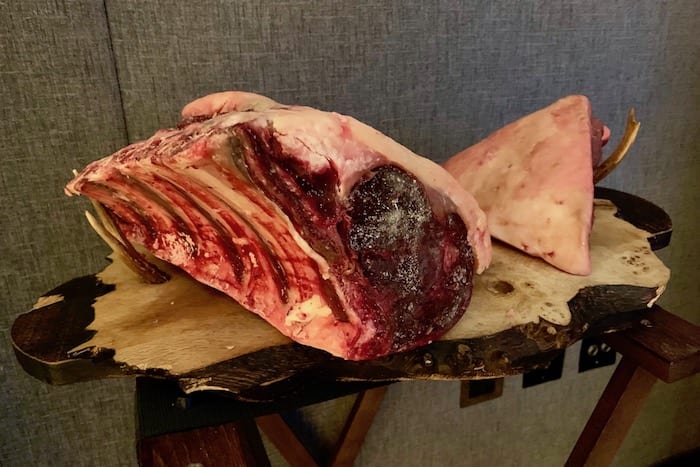 Farmison supply a number of top chefs and venues in addition to 20 Stories, including chef Tommy Banks and London’s Tate and The Ivy restaurants.

The tasting began with picanha – the most prized cut of a Brazilian grillhouse, known better as rump cap over here.

“The rarer the better,” says Lucinda when asked how this cut should be cooked. “There’s a thick layer of fat – but don’t cut it off,” we’re advised, “because that’s where the flavour is.” And it is. The fat is meltingly soft and intensely beefy. 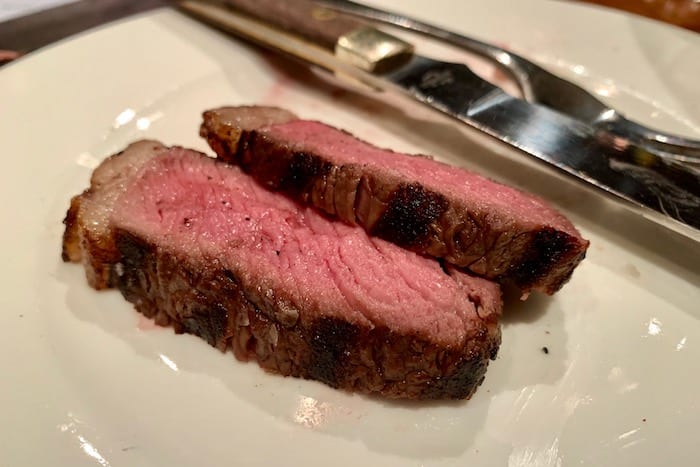 Next up is a Galloway ribeye, marvellously marbled and full of robust flavour. Then there’s slices of sirloin and fillet, popular in the room but Lucinda’s least favourite cut because it lacks the flavour of other cuts.

Lucinda’s tips for cooking steak at home are simple. Always cook steak from room temperature, not straight from the fridge. Oil the steak, not the pan. Have the pan searing hot.

And rest the steak afterwards for the same length of time as you’ve cooked it for, rather than eating it straight away, for added tenderness. 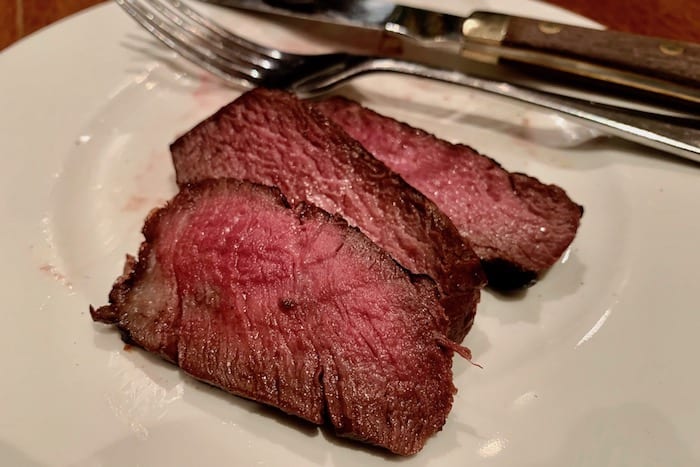 Head chef Brian loves steak so much it would be his final meal, he tells us. He likes it best served simply with chips and bearnaise sauce.

“Marmite butter,” comes the unexpected reply. All the steaks we’ve eaten have been brushed with the yeasty spread for added savouriness, he admits. And there are no haters here. 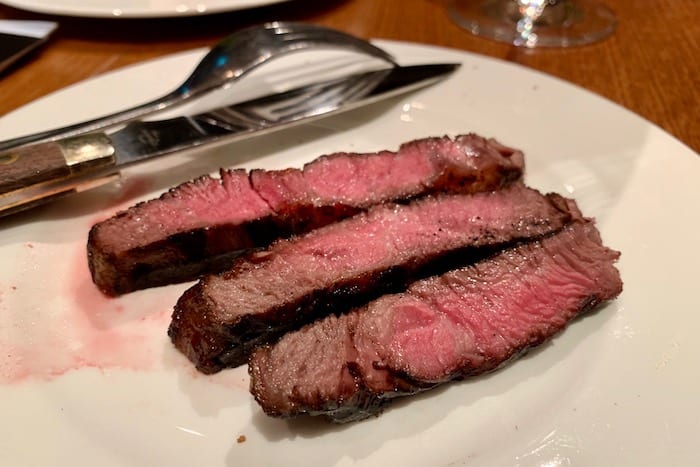 This was the first of 20 Stories’ tasting events and special one-off evenings, but there will be more to come.

Theorists say great food tastes even better in the dark. You can put that theory to the test when 20 Stories plunges the whole restaurant into darkness for a special ‘blackout dinner’ on 7th April. The only source of light? – lots of candles and the lights of the Manchester skyline.

“It promises to be an unforgettable evening,” says 20 Stories’ Becky Wilkes.

On 16th April, there will be a tasting of Minuty Rosé wine (£30), and then on 17th they’re encouraging budding young chefs to join them to decorate Easter eggs in collaboration with Slattery, the Whitefield family run patissier and chocolatier shop, followed by lunch from their children’s menu (£15).