Andy Spinoza has had his finger on Manchester’s pulse for more than 30 years – first as a resourceful newspaper gossip columnist and subsequently as managing director of creative communications agency SKV, which celebrates 20 years of business this year.

Like a lot of PRs, Andy Spinoza started as a journalist and, in his case, a publisher. He set up City Life magazine in 1983 with two other ex-Manchester University students and, like a lot of Londoners who came to Manchester as students, he stayed.

They created an alternative magazine for people not being catered for by the mainstream Manchester Evening News. City Life was inspired equally by Time Out in London and Private Eye for muck-raking journalism. Its name lives on in the “What’s On” pages of the MEN, which acquired it back in the late 80s. 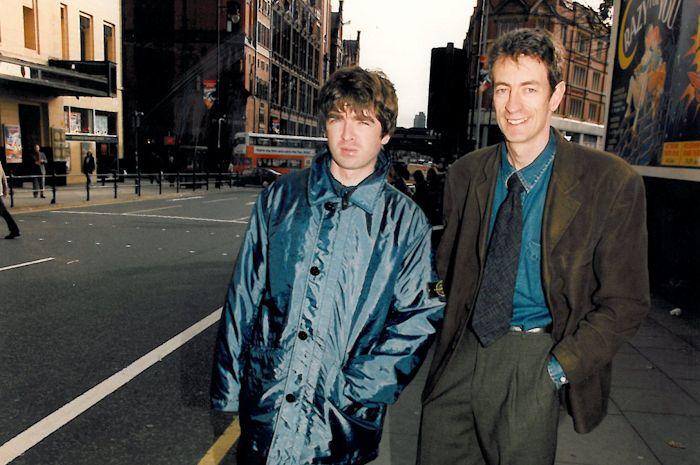 I started in student journalism at The Mancunion student paper. My first pieces were on Cosgrove Hall animators, interviews with footballers and music reviews. We published weekly during term time and it gave me the taste for that regular publishing cycle, news office camaraderie and also the thrill of seeing my work in print. Our Mancunion won the NUS/Guardian award for best student paper of 1983 which gave us the confidence to set up City Life with a mere £2,500.

I came here from London because I was bang into the emerging punk and new wave music exploding from Manchester. As much as the bands, I was fascinated by the writers and business people behind the music, people like the writer Paul Morley, photographer Kevin Cummins and, of course, Tony Wilson. I came to know and work with them. Tony in particular was not only a good friend but helped me at key moments in my career – sometimes with crucial advice but other times just being there and doing what he did. He was a profound influence on a whole generation of creative and business people in the city.

I’ve exec-produced a Granada TV arts documentary, I curated a big exhibition at Cornerhouse about the art of the city’s music scene. My features were published in the NME and The Face when those titles meant something. I edited the arts and features for 5 years of City Life through the 80s, which is the decade which laid the creative roots for the shiny new Manchester. All those achievements mean a lot to me. And the agency is nearing 20 years of business and £15m of income. We’re the only Manchester agency doing government PR including Northern Powerhouse campaigns. I’m proud of all of those.

I will never tire of writing press releases or brochures, speaking to journalists and collaborating on creative brainstorming at SKV. Then lunch with a client or a journalist if there’s time. A networking event or reception at tea time before I get home.

A PR agency boss is never off duty, a fact of life which running the MEN Diary page for ten years prepared me well for. So it’s shows, plays, films, meals in town all the way. And a 50km cycle in the hills on a Sunday.

Don’t let the bastards grind you down.

Failure has never been an option.

I’m namechecked in the autobiographies of Shaun Ryder, Peter Hook and Terry Christian. When I was MEN Diary Editor I built up a file of me with famous people, some of the pics are here but sadly I have lost ones of me with Eric Cantona and Anthony Burgess – the first of whom I didn’t get on with and the latter whom I did.

I saw my first City game at Maine Road in 1984 and I’ve been a season ticket holder since then.

The Irk Valley leaving NOMA going north. The New York-style backstreets behind Dale Street in the Northern Quarter. And the bar seats at San Carlo Cicchetti.

And, finally, what do you love most about Manchester?

The city is constantly regenerating and reimagining itself. It never stands still. A lot of people think it might be losing its soul but I don’t agree. As Tony Wilson said, “nostalgia is a disease.”