Worker Bee: meet Doug Waldron, the Co-Founder and MD of The Liquor Store 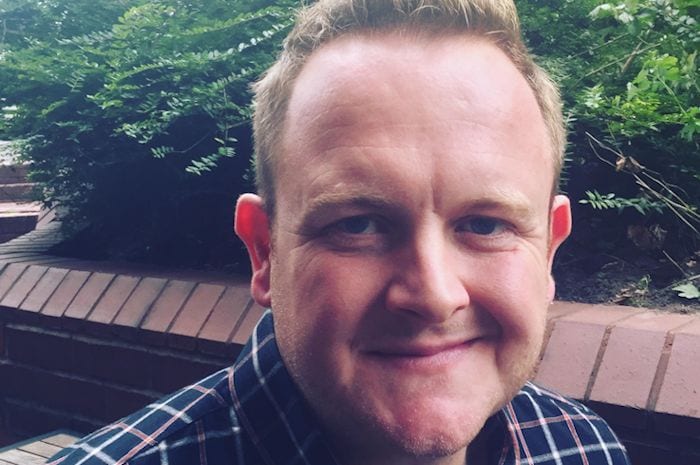 Cumbrian-born Doug Waldron came to Manchester for a girl. It wasn’t the most successful of pairings but his relationship with Bar 38 proved more fruitful. Having successfully managed their Manchester bar for a couple of years, he was sent to their other sites in York and London’s Canary Wharf to see what he could make of those. But by then he’d already been firmly gripped by the vibrant bar and club scene he had found in Manchester. So he came back – but this time not for the girl.

Headhunted by Tiger Tiger, he spent four years there until in 2012 he finally launched his own place, The Liquor Store on Blackfriars Street.  Known for its creative cocktails, Manchester themed décor and cool tunes, Doug is still very much centre of the party, especially at weekends. During the week he’s getting his hands dirty at his second venue, The Liquor Store on First Street, due to open early next month. Why not pop in and say hello? If you do, look out for its Hollywood-inspired but truly Mancunian ‘Star Street’.

My parents owned a hotel, The Morritt Arms in County Durham, and I grew up there so the service industry was instilled in me from a young age. They were very sociable and used to have lots of parties. I used to love setting up my own bar and serving all their guests – and I was only about ten. As soon as I was 16 I got a job in a restaurant, and then when I turned 18 I moved on to the bar which is where I wanted to be.

My father trained at The Dorchester in London and had great standards of service he passed on to me. My business partner Brett has assisted me greatly in our progression with the brand. And the late great Tim Bacon who I always looked up to and was inspired by how successful he helped make Living Ventures.

I am very proud of what I achieved in all my management roles, taking businesses who were maybe not doing so well, and making them successful. And more recently finding our own sites, designing them, setting them up. That buzz you get when you look round on a busy night and know you’ve created that.

This has changed recently with the arrival of my little girl, but I’m still as hands on as I can be. Going through sales in the morning with my managers, there’s usually some form of manual labour involved on a daily basis, and prepping the bar for a crazy weekend. That and managing the build for the new bar. I do try to avoid midweek nights now though.

I enjoy food and drink. A lot. Whether having a dinner party or going out visiting new places. I also like the countryside and spend a lot of time outside where I can.

We’re here for a good time not a long time!

A gamekeeper or a forest ranger – anything involving outdoor pursuits. One of my favourite jobs was on The Ullswater Steamer, taking people up and down the lakes. It was beautiful but no money in it.

I own and look after a large bit of land with a lodge in the Scottish Highlands and I’m often up there when people can’t find me.

I’m a Newcastle fan really but I’m not that into football. I’ve been to Old Trafford more times than I’ve been to St James Park though so I’d have to say Red.

Hawksmoor and Australasia. Just great food, drinks and service. I’m excited about First Street as it’s a fantastic new development for Manchester. The atmosphere there over summer has been amazing and I can’t wait to get open and offer a decent drinking establishment to compliment the food already there. And the location of Manchester itself. You’re only thirty minutes away from some beautiful countryside, the best of both worlds.

I know it’s obvious, but the weather. It can be so depressing. When I wake up and its grey and dark I have to really fight to get over that initial feeling and get on with the day. There’s not a lot else I’d like to change.

Without fail, the people. Laid back and always up for a laugh. It doesn’t matter who you are or where you’re from, everyone’s on a similar wavelength. In the words of Frank Gallagher [from Shameless] ‘always up for a party.’ That’s Manchester.