This year’s Manchester Film Festival offers something for everyone from UK and worldwide premieres to experimental films, documentaries and shorts from around the world.

The festival opens on 1 March with the international premiere of female-led western Painted Woman and closes three days later with the UK premiere of hard-hitting arthouse film NONA starring Kate Bosworth, a confirmed attendee at this year’s festival along with directors James Cotten and Michael Polish.

Daniel Zelik Berk’s award-winning spy thriller Damascus Cover features the last ever film appearance by the late Sir John Hurt, whilst Becoming Iconic is a must-see for budding film-makers. The film explores the process of film-making through the eyes of some of Hollywood’s most iconic directors as they talk about their first time sitting in the director’s chair making a feature film.

Films by local independent film-makers include Adam Farkas and Alec Herron’s The Music Stops Here, a documentary about the Star and Garter, the home of Manchester’s punk, metal and indie scenes for decades, threatened with closure by local development plans. 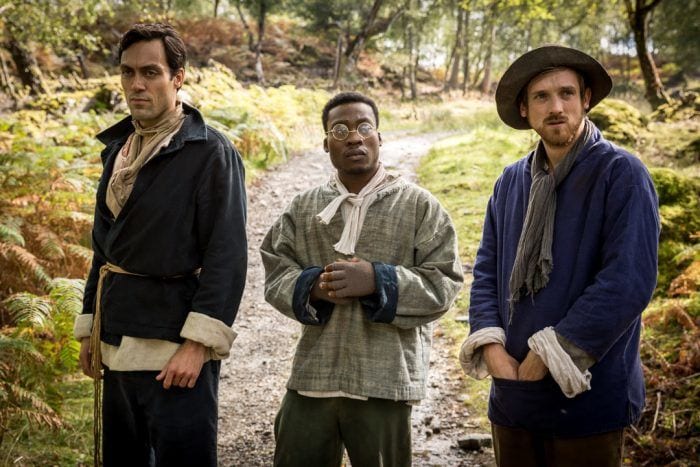 In ‘a city that thinks a table is for dancing on’, the Star and Garter and its patrons aren’t going anywhere without a fight – and one last party.

Simon Rasing’s documentary One Punch: The Eddie Copeland Story is about a Manchester boxer whose future looked bright when he won the national amateur title in 1979 and turned pro, winning his first eight bouts. But in his ninth fight, at the age of just 24, one punch changed his entire life. He sustained an eye injury and had to quit boxing for good, aged only 23. In One Punch, Eddie looks back on the fight that ended his career and nearly his life – and the people who saved him.

Steve Evets and Christine Bottomley star in Colin O’Toole’s short Cowboy Dave in which a young boy’s life is changed by a chance encounter with an out of luck musician. When a gang of local criminals turn up, the day takes an unexpected turn.

“We quite simply share unseen films from around the world with both filmmakers and film goers, who come to watch and enjoy stories and meet new people,” says programming director, Al Bailey.

“In the festival’s early beginnings, we chose to … strand certain film selections but with our organic growth over the last three years, we have now learnt that it’s time to break away and be a festival that is set apart from the rest.

“The themes are still there for the audience to find but our … films have been chosen because we think they are good and will appeal to and entertain many demographics of people, and not because they fit into a certain box.”

Ahead of the festival weekend, on 26 February HOME will screen the UK premiere of Bernard & Huey by Slamdance founder and author Dan Mirvish, who will answer questions from the audience.

With more special guests still to be confirmed for live musical performances, MANIFF’s annual filmmaker studios and closing awards, this year’s festival looks like being the best and most interesting yet.

The Manchester Film Festival 2018 will take place from at Odeon Great Northern from 1-4 March 2018. For more information and to book tickets and passes click here.