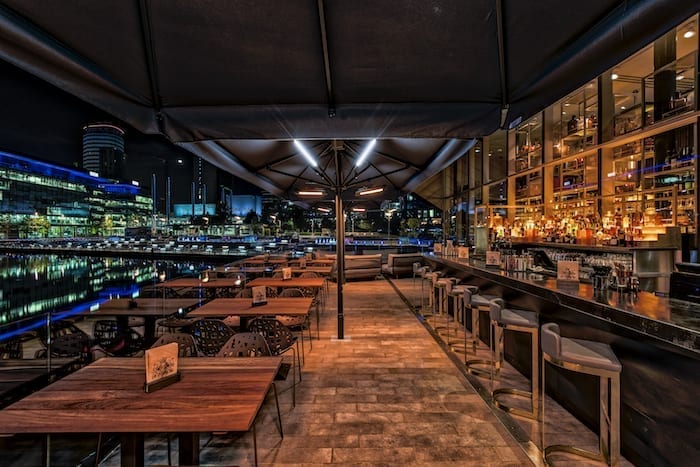 When you’re sat at a bar watching someone expertly measure, muddle and mix a cocktail, it may seem like there’s a real science behind their creations.

The Alchemist, a favourite city centre drinking venue for many, takes this philosophy to a whole new level with its molecular drink-making techniques and experimental décor.

And now you can enjoy it all at an eye-catching new venue, too.

Opening its doors to the public tonight, this much anticipated addition to The Alchemist family sits on The Bund between the Lowry Centre and MediaCityUK.

The first bar in The Alchemist group to be purpose built, its planning and creation took nearly five years and was headed up by Manchester-based architects, Reid, who transformed the 4,900 square ft. space into the impressive £1.2m development we see today. 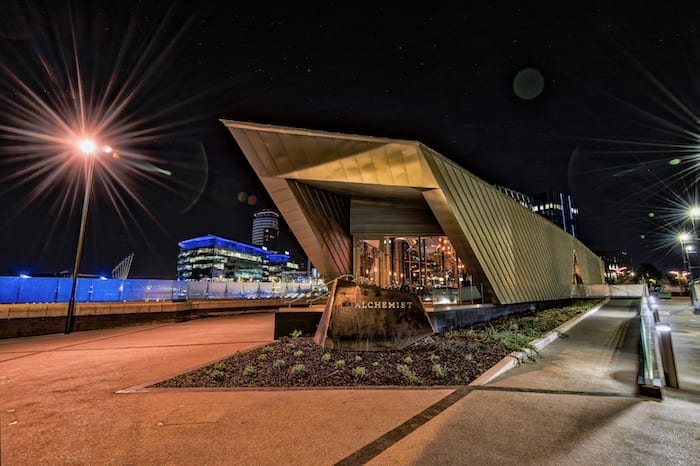 “This is our eleventh Alchemist in the UK and a significant one for the brand,” says Simon Potts, The Alchemist managing director.

“This particular building has a unique and visionary design aesthetic as befitting our location.”

And a visionary place it is. Just like the other ten venues in The Alchemist family, the new site follows their distinctive scientific concept and turns traditional drinks-making on its head.

From serving tea in beakers and measuring out shots in syringes to the artistic cocktail menus that are designed to look like periodic tables, it’s the attention to detail that really sets this place apart from other city bars.

The décor reflects the brand’s distinctive ethos too, with plenty of glass, metal and futuristic features that emphasise the central theme as well as being a subtle nod towards the area’s industrial heritage.

This synergy doesn’t stop with the exterior. 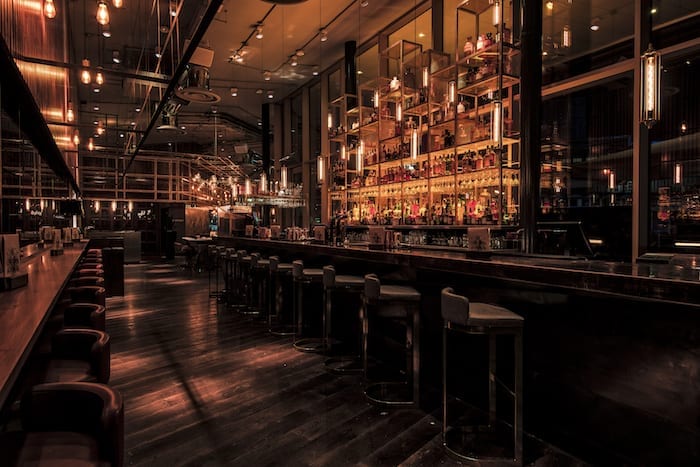 From the outside, the central gold structure takes on a striking geometric shape while the decked terrace hangs over the River Irwell and boasts fantastic views that are made even more impressive at night by the twinkling lights of the surrounding buildings.

Not just a spectacular new landmark along the river front with its forward thinking aesthetic, The Alchemist has also created over 60 jobs in the local area and is a welcome addition to an already burgeoning bar and restaurant scene in this developing creative community.

The Alchemist MediaCityUK’s extensive cocktail menu features the same popular mix of classics and creative concoctions as their other venues, each crafted from the finest ingredients and many with a few inventive quirks thrown in for good measure. 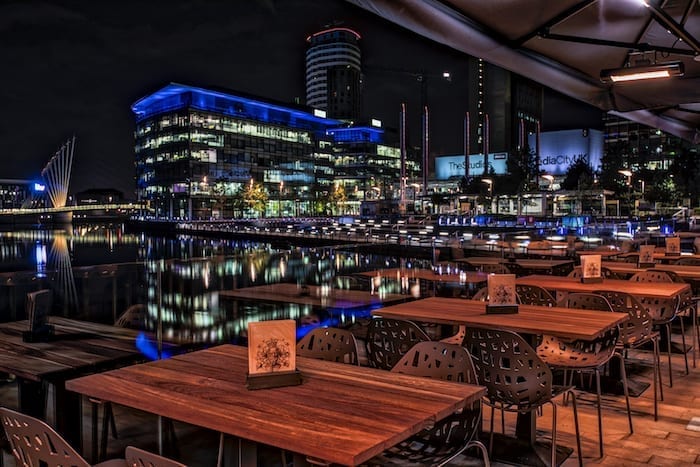 Think a Smokey Old Fashioned made with actual liquid smoke or a drink that changes flavour the further down the glass you get.

You may be mistaken into thinking The Alchemist is just a spot for after-work drinks or celebratory cocktails, but the brand has also built up a reputation for its food menu too.

Serving from 11am each day, you can stop in for a gourmet continental brunch, lunch or dinner, all while admiring the magnificent riverside views from the terrace – if it’s not raining.

Undoubtedly set to become a favourite after-work drinking hole of office workers and locals alike, we’d recommended testing out the menu while the weather is still fine to make the most of that al fresco wining-and-dining space.