Worsley Stores opened in the heart of the village just before Christmas, and is busy making exciting plans for when restrictions lift
Share
Tweet
Share
Chat

It’s hard enough opening a new business during a pandemic, especially when a new lockdown is imposed less than a month after opening.

But Worsley Stores, a bottle shop and wine/craft beer bar that opened in the heart of the village just before Christmas, has already received a warm welcome from residents – and is busy making plans for when restrictions lift.

Nick Thornton and his wife have been Worsley residents for almost seven years, and hospitality runs in Nick’s veins.

“My brother and I have opened 18 sites prior to this one, ranging from pubs, restaurants and champagne bars, and over the years we have met some amazing brands and people in the industry,” says Nick.

“So I thought, thought why not open somewhere that draws upon all my past experience and see how it goes?” 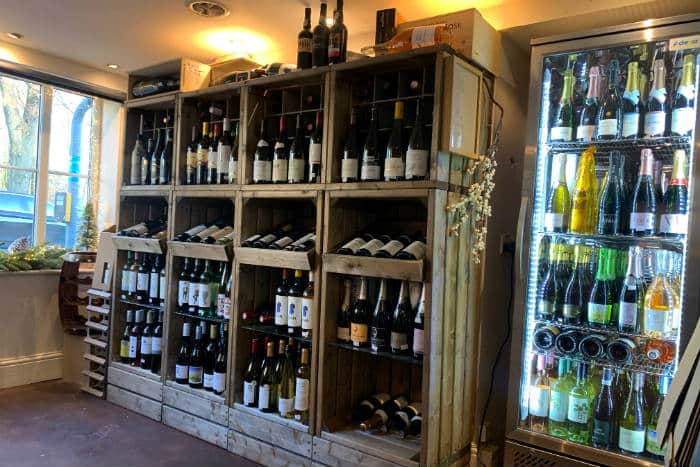 Part of the store’s appeal for Worsley residents is its unique offering, with a focus on local brands.

The village bottle shop has “a large selection of wines, champagnes, craft beers, spirits and larder-fillers, with an emphasis on local produce and things you won’t really find anywhere else,” says Nick.

“Hideaway Brewing Co and Worsley Gin have been two of our biggest sellers so far, and they’re based within a few hundred yards of us.

“We have draught beers available to take away in our ‘growler’ bottles too, and when we’re open properly we’ll have four rotating craft beers on tap always on. 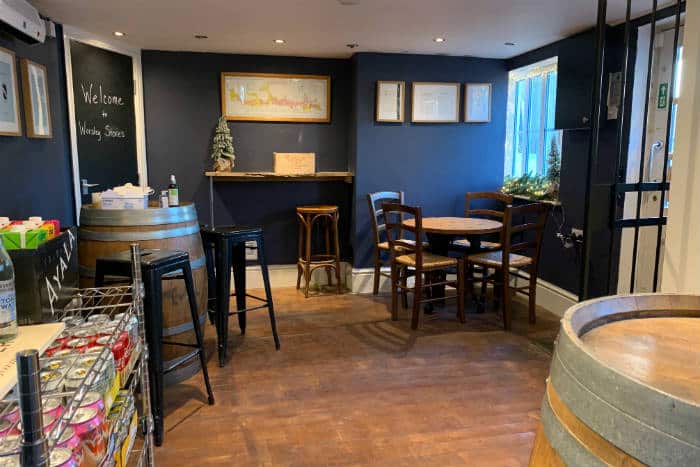 “Again, when we’re allowed to, we’ll have a full bar menu for customers to come and enjoy as well as all our shop wines available to drink on-site with a small corkage fee.”

They’re also dog friendly, which is handy given the store’s proximity to the nearby canal and woods popular with walkers.

“Worsley Stores is situated on the site of the old village store, in the heart of the village, just next to the canal,” says Nick.

“My next door neighbour used to work in it and sent me this pic from 1961 – the post box is still here.” 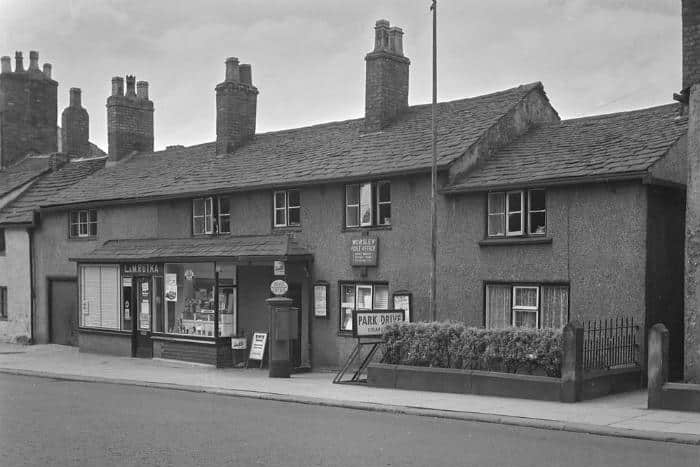 Feedback has already been positive for the new opening.

“Everyone that’s come in has said it’s just what Worsley needs, and that it’s a unique offering,” says Nick.

And though the venue is currently only trading limited hours and as an off licence, they’re busy making plans for when restrictions lift.

“Whenever we’re allowed to, we’ll be welcoming customers to join us in-house or use us as a takeaway, 11am – 10pm throughout the week,” says Nick.

“We’ll be serving an array of deli boards, cheese boards and charcuterie, too.

“We’re only small, and with a few alterations (planned for when the restrictions are lifted) to the site we can welcome 30+ guests plus another 10 outside.”