Corporal Donald McCaig, who was born on Armistice Day, will be marking his birthday at the pub which has been his local for all his adult life 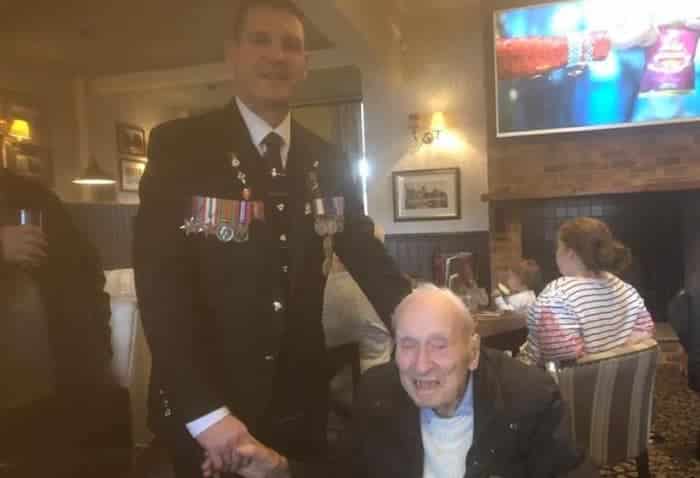 A WW2 veteran who was born on Armistice Day will be marking his hundredth birthday this Thursday at the pub which has been his local for all his adult life.

Corporal Donald McCaig, who was was born in Miles Platting on 11th November 1921, will join his family at Joseph Holt pub the Fairway Inn in Moston for the milestone celebration.

And landlord Mark Sweetland, himself a veteran of Bosnia, Belfast and Iraq, has involved the local and military community to help show their appreciation for the sacrifices made by Mr McCaig.

Local school children are designing cards for the great-great grandfather. And other treats include a piper playing from the Northenden Pipe Band. 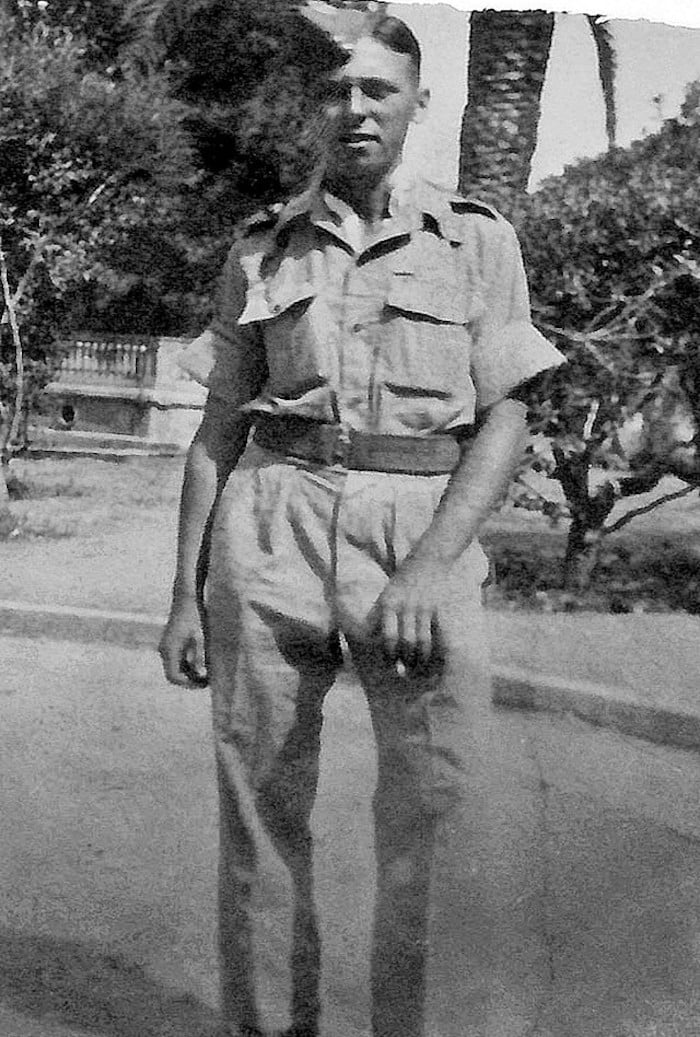 “It’s going to be such a special time,” says Mr McCaig’s daughter Lindsey.

“We are just so, so proud of dad. Especially since he went off to fight when he was such a young man.

“What’s more, he met our late mum, Hilda, just before he went away and they didn’t see each other for four years.

“But they went on to have a wonderful 80 years of married life together and had three children together – myself, and my brothers Stuart and Ian.” 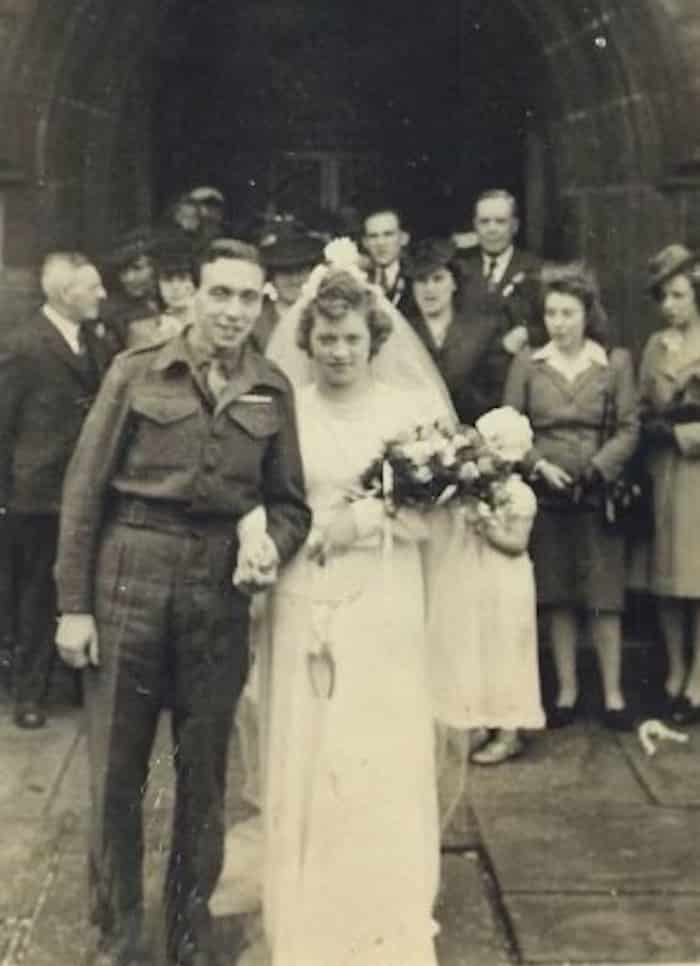 A veteran of the Battle of El Alamein in north Africa and of Monte Cassino in Italy, Corporal McCaig actually has ‘two’ birthdays.

“Apparently, so the story goes, the midwife said,  ‘we can’t have an Armistice Day baby – we need to put November 10th on his birth certificate’, laughs Lindsey. “Even though his medical records say 11th.

“Dad’s own father, my grandfather Joseph McCaig, actually served and lost an arm in the First World War.”

A member of the now disbanded 2nd Dragoon Guards (Queen’s Bays)  regiment,  Donald celebrated his 98th birthday at the pub two years before.

He was unable to mark his day last year due to COVID restrictions. 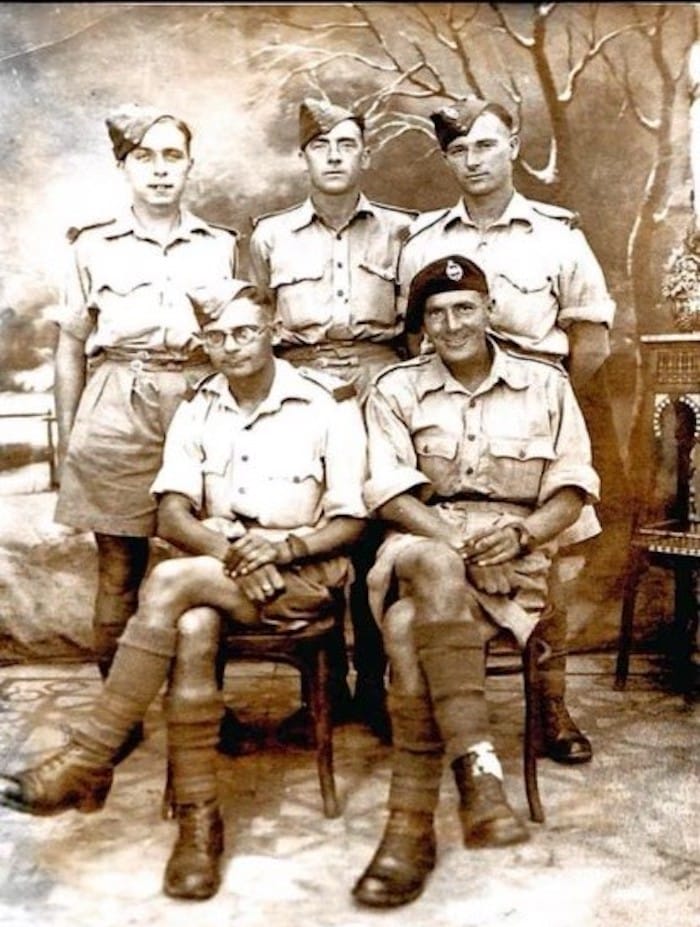 But he has been a long time regular at the  Fairway Inn since it was his father’s local, too.

Donald still goes four times a week, and his tipple tends to be a rum, though he’ll sometimes enjoy a Joseph Holt bitter.

The family, which includes two grandchildren, four great grandchildren and two great great children, will get together at the Fairway Inn for a buffet lunch.

A large part of the family live in America as Mr McCaig’s sister, Jessie married a GI and moved to Washington.

“When Lindsey came in to say she wanted to put on a buffet for her father’s birthday we really wanted to make it special for her,”said Mark, 50, who is also a drummer in the Northenden Pipe Band and will be playing on the day.

“We are all so proud of what veterans like Donald did for us and for our liberty.

“And the response from the local community has been overwhelming.” 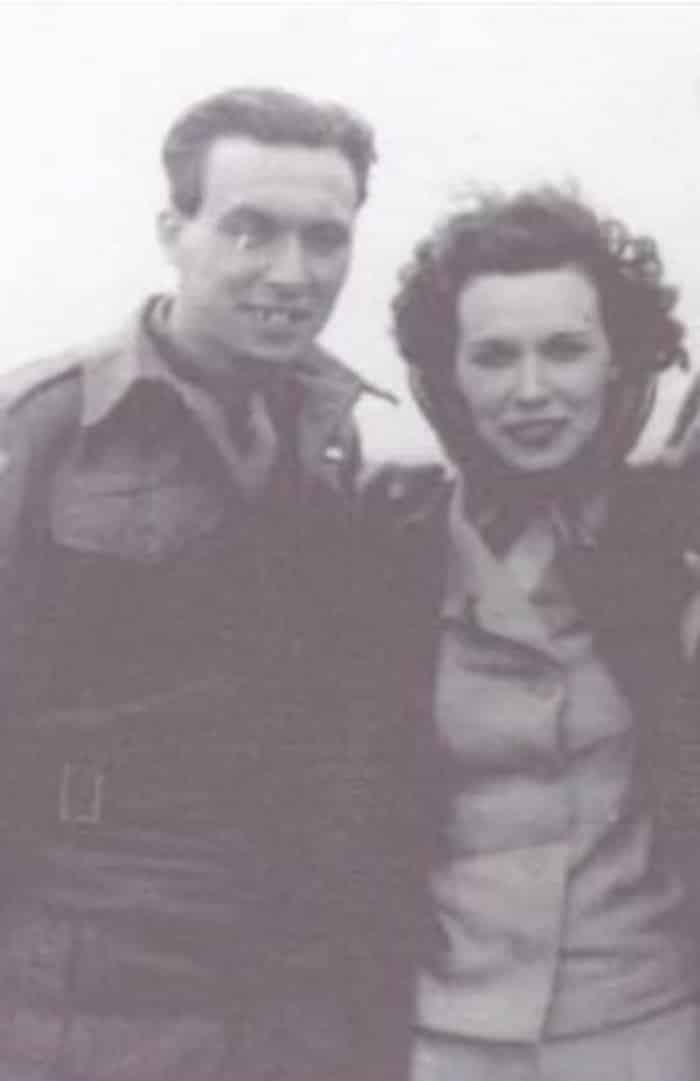 The Fairway Inn already honours veterans with a monthly breakfast where ex-servicemen and women get together to discuss their experiences.

However, this Thursday looks to be an extra special event.

“Dad is so special to us, and we are so product of him,” said Lindsey.

“This is going to be such a wonderful occasion.

“We wanted to put on a buffet for him, but this has become so much more, and we’re so grateful to Mark and the brewery and everyone involved for doing this.”