An exclusive preview screening of BBC One’s new landmark World War II drama World on Fire will be held in Manchester next week.

The new series, by award-winning Manchester writer Peter Bowker (The A Word, Marvellous), follows the first year of World War II through the intertwining fates of ordinary people drawn from Britain, Poland, France, Germany and the United States as they grapple with the effect of the war on their everyday lives.

The series was partly filmed in Manchester. And now local people are being given the chance to see the first episode at Manchester Cathedral before it airs on BBC One.

Two Manchester families are at the heart of the series. Sean Bean (Game of Thrones) plays Douglas Bennett, father of daughter Lois, a factory-worker, and son Tom who is always in trouble with the law – until he joins the Navy at the outbreak of the war.

When Lois, a talented singer, joins ENSA (Entertainments National Service Association), pacifist Doug finds himself with both children in uniform.

Lesley Manville plays Robina, the smart mother of Harry, a high-flying translator played by Manchester actor Jonah Hauer-King. When Harry is posted to Warsaw, Robina is delighted to get him away from girlfriend Lois… until bombs start falling in Warsaw and Harry find himself under fire but torn between Lois at home and Kasia (Zofia Wichlacz), a young Polish waitress.

With Kasia’s life in grave danger, the only way to get her to safety may be to marry her and bring her home to Manchester.

Jonah Hauer-King, Julia Brown, Blake Harrison and Yrsa Daley-Ward will be in attendance at the Manchester Cathedral preview and, along with writer Peter Bowker, will take part in a Q&A hosted by BBC Breakfast presenter Naga Munchetty after the screening.

“These are the stories of the ordinary people who shaped our world. Stories of loyalty and brutality, courage and fear, hopes, stories of love and loss, hopes and dreams forged in extraordinary times.”

The exclusive preview screening of World on Fire takes place on Manchester Cathedral on Wednesday 25th September at 6.45pm. 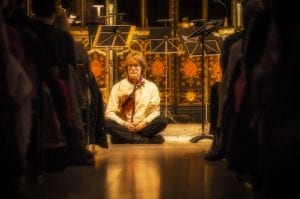 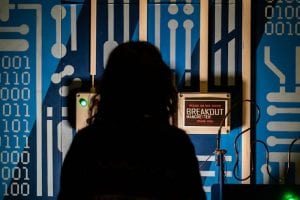 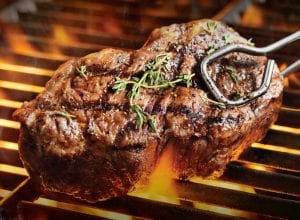