Their international popularity has been steadily growing, and scooter-sharing schemes now operate in more than 100 cities around the world including San Francisco, Paris and Copenhagen.

So is Manchester geared up for motorised scooters?

The Department for Transport has published the nation’s first official framework for e-scooter rentals, as the two-wheeled scooters with small, electric motors look set to ride to the rescue as the UK begins to return to work.

The E-Scootability Index from Uswitch has ranked a total of 40 UK cities based on ‘e-scootability’ metrics such as air quality, pothole complaints, bike thefts and planned cycle lanes. 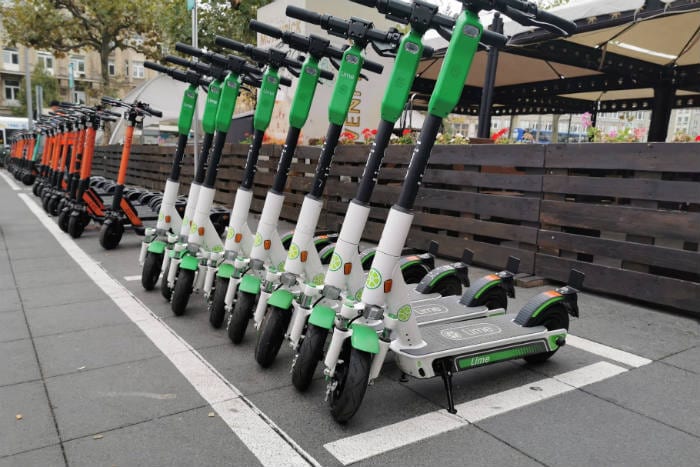 Seven out of the top 10 scoring cities are located in the north of England, with Newcastle upon Tyne coming first thanks to 13km of planned cycle lanes and 8,306 potential commuters who could benefit from the rental scheme.

Salford also proved to be a top contender, landing in fifth place with a score of 46 out of the possible 70.

Manchester, meanwhile, landed a respectable eighth on the list with a score of 42.

In the cities where they have launched, commuters can hire e-scooters, often using smartphone apps, in a way similar to city centre bicycle hire schemes.

But the bike hire model hasn’t always worked in Manchester.

In 2017, Manchester became the first city in Europe to welcome Mobike. But it was also the first to say goodbye the following year, with the service suspended as a result of increased bike losses due to theft and vandalism.

Rental e-scooters will be banned from footpaths to protect pedestrians, so road safety is another factor that needs to be considered, and privately owned e-scooters will remain illegal to use on the road, cycle lanes and tracks and pavements.

And while riders wouldn’t need to take out their own insurance to hire an e-scooter, which can go no faster than 15.5mph, they would need a full or provisional car, motorcycle or moped licence to take part in the trials.

But there are obvious environmental benefits of e-scooter rental schemes, too.

E-scooters could be a fast and clean way to travel that eases the burden on the transport network and allows for social distancing.

“Cities all over the UK have been working hard to stop the spread of COVID-19 and with lockdown finally easing, we’re seeing a welcome push towards climate-friendly transport options such as e-scooters,” says Will Owen from Uswitch.

“Later this year, the UK will join several European countries including Spain, France and Italy following the release of the DfT’s e-scooter rental framework.

“50 city councils have already applied to be part of the trial.

“But the research behind the e-scootability index revealed that some cities were more ‘geared’ up for their arrival than others, with cities in the north making up 70% of the top 10 list.”

So will we be seeing an influx of e-scooters to rent in Manchester soon? And have we learned any lessons from Mobike? Here’s hoping.