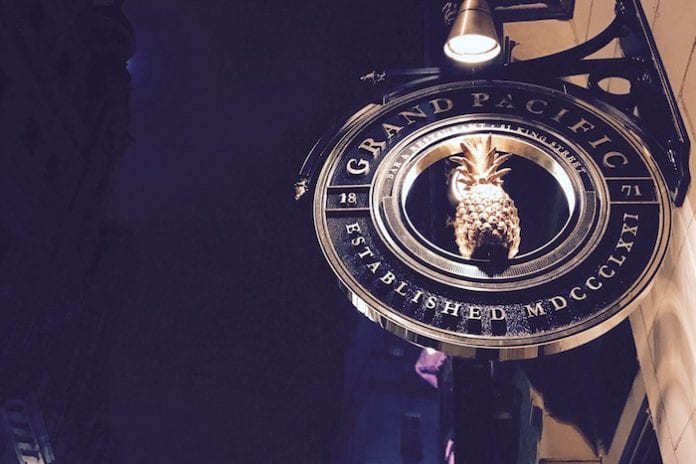 It’s not the only venue in Manchester to have adopted this symbol of hospitality.

Tropical hideaway The Liars Club has used a pineapple for its logo since it launched in 2010, making full use of the exotic fruit in its branding as well as in its cocktails. With B.Eat Street’s new Cuban-style cocktail bar at the Great Northern Warehouse, The Golden Pineapple, inspired by Havana’a La Pina de Plata (The Silver Pineapple) famously frequented by Ernest Hemingway. And perching on the highest ledge of the Binks Building currently housing Odd Bar, is Thomas Street’s very own pineapple architectural adornment. And there are quite a few pubs called The Pineapple, too.

The pineapple has come to represent hospitality and welcome since it was discovered by Christopher Columbus on one of his voyages to the New World in 1493.

Given the choice between the human flesh bubbling away in one of the pots and the curious new yellowfruit alongside on the island of Guadaloupe,, he and his sailors ate and enjoyed what was to become the most sought after delicacy across Europe after their sponsor, King Ferdinand of Spain, tasted the only pineapple on the ship on their return, and declared it the best thing he had ever tasted. 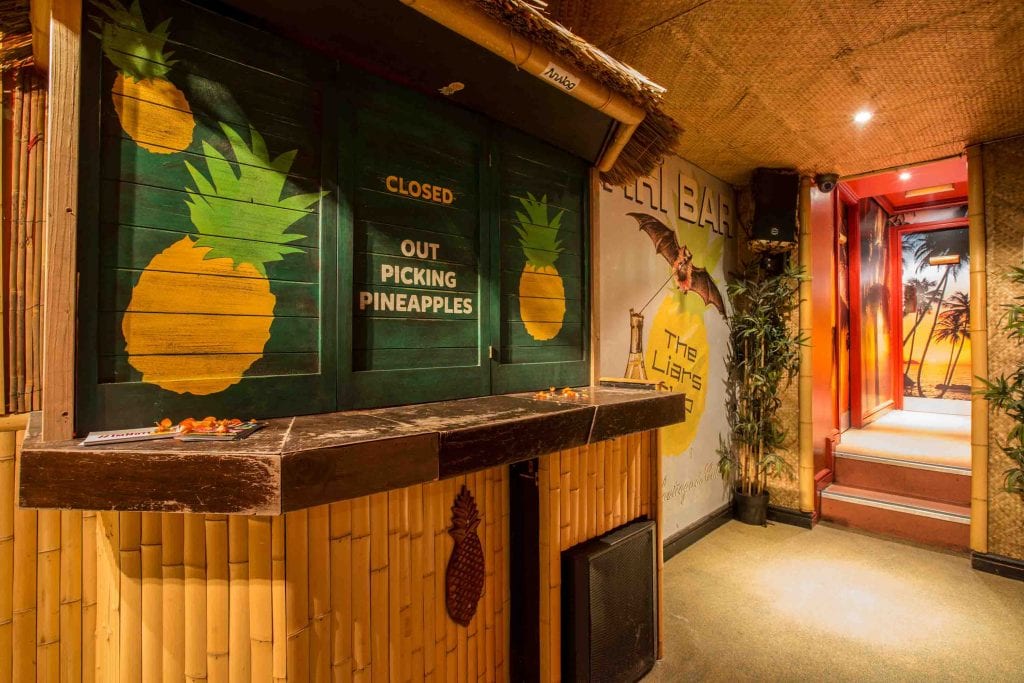 Native to southern Brazil and Paraguay, the herbaceous plant known as ananas meaning excellent fruit is highly regarded for its intense sweetness. With refined sugar a rare commodity in Europe, the fruit was imported at great cost. The pineapple became an item of celebrity for the wealthy as it wasn’t until nearly two centuries later a suitable method was found to cultivate and grow the fruit here.

Only the speediest ships and the best weather conditions could deliver the fruit whole and ripe – meaning only the very rich could afford them. In the 17th century a single fruit would cost in the region of £6,000 at today’s prices, making it the rarest of delicacies.

In the small primitive settlements of the colonies, the only type of entertainment would have been in the home, in the form of dinner parties and banquets where wealthy families would try to outdo their neighbours by putting on the most lavish displays of tabletop presentations resembling small mountain ranges of tiered foodstuffs, often drizzled with sugar.

Fruits would be major talking points but the pineapple took centre stage, with its striking visual attractiveness making it the ultimate exotic crowning glory. Often rented for the occasion by the most elite confectioners, the hired fruit would then be sold to even wealthier families to eat the following day.

The fruit became a firm favourite with artists, architects and craftsmen of the time, with pineapple welcome signs and carvings especially popular.

New England sailors returning home from long voyages in the West Indies would place a fresh pineapple on their gateposts signifying the man of the house was home and that visitors were welcome.

It wasn’t only entrances that were adorned with the pineapple. It could be seen on everything from dinnerware, and silverware to table ornaments and embroidery. It filled colonial homes, even if the residents couldn’t afford the real thing.

It wasn’t until the beginning of the early 1900’s that large scale pineapple cultivation by US companies like Dole and Del Monte began and the fruit became more commonplace. An excellent form of vitamin C and now easily available in any shop, the fruit is a firm favourite in both sweet and savoury dishes, as well as a popular ingredient in cocktails. Just keep it away from our pizza please.

In many tropical countries, the fruit is prepared and sold cheaply on roadsides as a snack. Its days of exclusivity may be long gone but it’s easy to see how this former symbol of luxury and rarity became a sign of bountiful hospitality synonymous with the home and entertaining.

It’s why the pineapple welcome sign remains a common fixture in the bar and restaurant hospitality industry today.