Why Manchester is the best UK city for live music 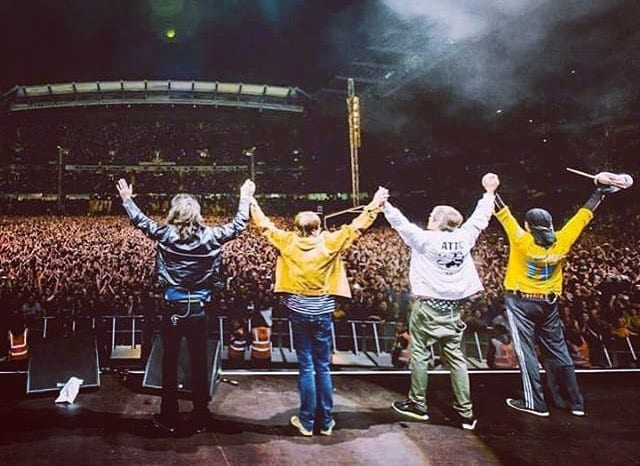 Manchester has more live music gigs per head than any other city in the UK, according to data gathered by Trinity Mirror’s Data Team.

But what makes Manchester so special? Perhaps it’s our ability to attract the big stars. The city is well placed on the national tour circuit with large stadiums like the Manchester Arena and the O2 Apollo as well as venues like the Emirates Old Trafford and the Etihad attracting the biggest names, which this year have included The Stone Roses, Mariah Carey and Rihanna.

But although the big events put the city on a world stage, the little things still matter too, according to David Fox of the Manchester International Festival, which regularly connects Manchester with artists from all over the world.

“While we’ve got established large scale venues from the Bridgewater Hall to the Apollo it’s the small pop up venues/arts spaces and start-up ventures like Antwerp Mansion, Islington Mill and the Wonder Inn that really give the city its range and depth musically. I think part of it is the combination of a rich cultural landscape across a comparatively small city centre.”

So perhaps the secret lies in its size. But is small beautiful when it comes to the music scene? Small events can become catalysts for big things as the Sex Pistols gig at The Free Trade Hall on 4 June 1976 famously illustrates.

The variety of venues also has to play a part. The city is home to some unique and quirky sounding places. You can enjoy regular live music sessions at the unlikely-sounding Soup Kitchen and The Deaf Institute, and a running theme is the big welcome given by such small spaces to emerging artists. Close to Oxford Road there’s the likes of The Academy, The Thirsty Scholar and Retro Bar all putting on fresh new talent, as do the Ruby Lounge and Odd in the Northern Quarter.

These are just a few examples of venues where amateur acts are given the chance to take to the same stage where the big names have played. Night & Day Café on Oldham Street has welcomed the likes of The Arctic Monkeys, Kasabian and The Manic Street Preachers over the years whilst still maintaining its new band nights. 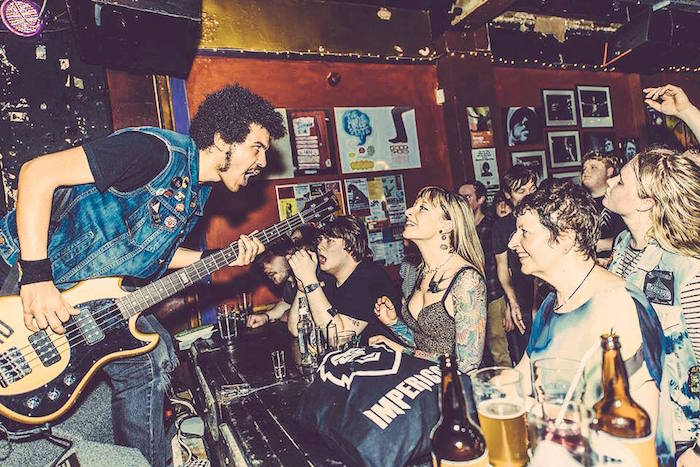 “The local live music scene is forever thriving in Manchester,” says Gareth Butterworth of Night & Day. “We like to act as a platform for local musicians to perform whether it’s as a part of an unsigned night or supporting a touring artist. Artists across all genres portray so much passion here.”

This is a city which welcomes a range of genres and opens up audiences to new material through events such as the recent Manchester Jazz Festival. Matt & Phred’s, the Northern Quarter jazz club, was one of the venues. 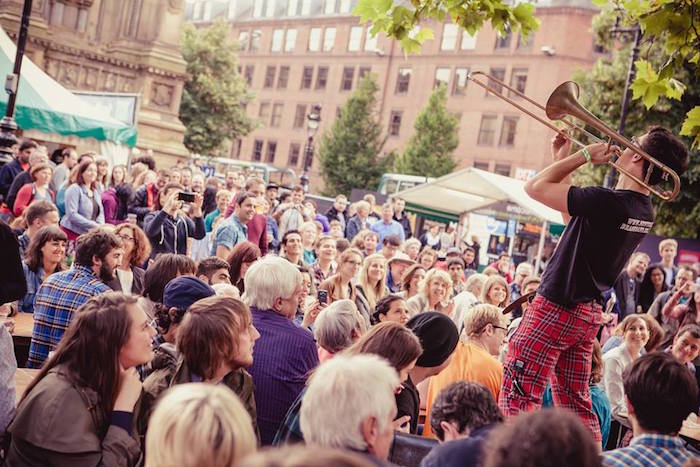 “Our audience is as eclectic as our music programme,” says Claire Turner of Matt & Phred’s. “Our programme brings a whole host of sounds to the weekend gigs from funk to soul to reggae to hiphop to pop to big brass bands. We like a brass band. It must be in our northern genes.

“We have our finger on the pulse – or should that be ear to the ground – and work with bands on their new concepts, becoming a venue who premieres their first gigs. Think Mr. Wilson’s Second Liners.”

Mr. Wilson’s Second Liners are a live act who have matured in Manchester. Described as a ‘rave funeral without the body,’ they recently stunned audiences with a jazz rendition of Hacienda-era favourites.

Local radio stations like ALL FM 96.9 and FC United Radio give regular live coverage to local musicians whilst The Slow Readers Club have performed on BBC Radio Manchester. There’s even a been a live set broadcast from the record shop Soundwaves Here We Come in Affleck’s on Valentine Radio.

Whatever the reason, it’s clear that people live for live music in Manchester. “Being part of Manchester’s live music scene as a curator, performer and attendee I know for a fact that there’s plenty out there and most of it is sensational,” says record store owner Alex Lee.  And he should know.