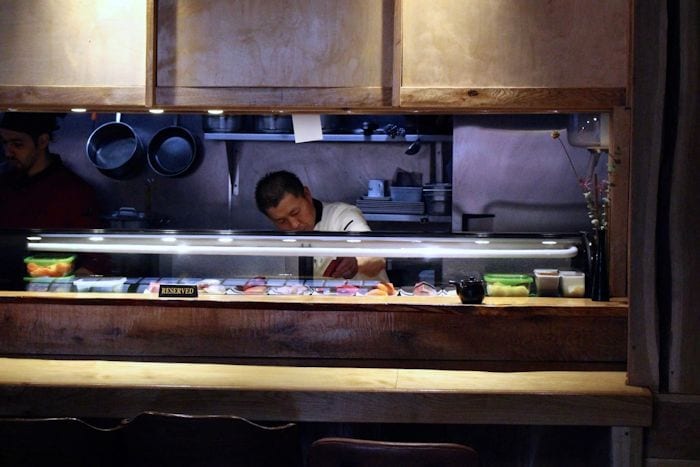 Have you eaten at Umezushi yet? If not, why not?

The secluded 16-cover restaurant tucked away in a railway arch behind the Manchester Arena serves what some people believe is the best sushi in the city and has received rave reviews from critics nationwide.

It was opened by Terry Huang in 2012, and since then it has been earning itself a reputation for the quality of its food, lovingly created by hand right in front of you in cosy surroundings.

Now they’re looking forward to opening a new venture in another, bigger arch over the road.

Kitchen In An Arch will be a multi-purpose affair with a shop for passers-by to pick up things to take away and try at home as well as a development kitchen, a cool room, and valuable storage space.

For the team at Umezushi, it’s doubly exciting. Their current set-up is so small, it’s especially impressive that they manage to create such faultless dishes. Now they’ll have the space to do extensive preparation in a dedicated area. 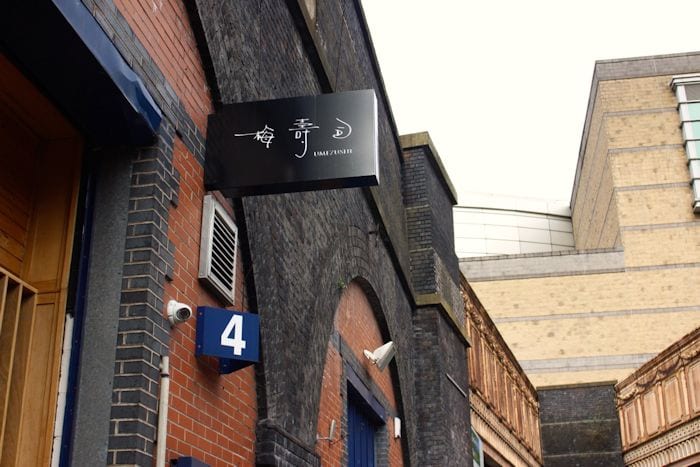 They’ll have appliances such as a steamer, blast chiller and convection oven – “things that sound normal in any kitchen but are impossible here,” says executive chef Omar.

They’ll also be able to prepare larger batches of their dishes and set some aside for sale at the shop.

“We want to sell ready-to-eat dishes that have become popular like Taiwanese Pork Rice, our pickles, or our signature dish – the unagi,” he told us.

As well as rarer produce such as Japanese wagyu and otoro – fatty tuna belly – they’ll also offer sushi rice, nori, and sliced fish for shoppers to assemble at home.

“It excites me because it allows us to think bigger,” says Omar. “For me as a chef, the development kitchen is just amazing.”

The first stage, the storage space and development kitchen, will be ready in May. The team are still working on a perfect product list, so the shop will come later, perhaps in June – “we’d rather do it properly,” says Omar.

Taking a sneak peek at how the work’s coming along, it’s clear there’s still a lot to be done.  It’s a building site at the moment, but there’s no question of it not being ready in time.

It’s the perfect size for the scale of the Umezushi team’s ambition. Amazingly, one of their plans is to bring in whole, 200kg Spanish tuna for the team to break down and prepare in front of visitors.

Omar says they’ll start a sushi academy for people of all abilities, from amateur to professional, including maki roll making, fermentation and knife sharpening.

Fans of their current set-up will be relieved to know they are not planning to move.

“We still love the fact that people come here just to eat here. We’d rather keep the quality and stay here than get big and lose the quality.”

The plan in the long-run is to look at opening other types of outlets around the city, serving tempura, kushiyaki – grilled skewers – and an isakaya, or Japanese pub. “Places with their own name but using Umezushi branding,” says Omar.

So what’s the secret of Umezushi’s success?

“Hard work,” says Omar. “We focused on quality, doing things that we would like to eat ourselves. That’s our philosophy.”

It’s clear Kitchen In An Arch hasn’t just got the potential to help them hit even greater culinary heights, but to become a destination for everyone’s sushi-making needs.