Who will become the first directly elected mayor of Greater Manchester? 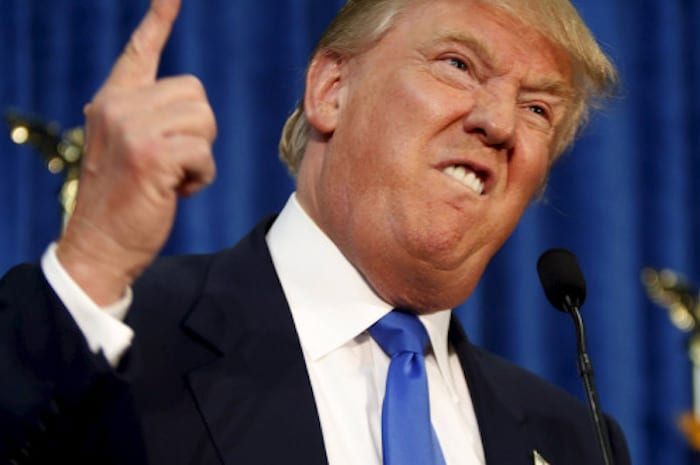 In the early morning of 5th May this year, the political landscape of Greater Manchester will change forever – or so we’re told. The question is, how will the election of the first executive mayor for the city region make a difference – and by how much?

With Labour candidate Andy Burnham quoted at 1/6 some six weeks before the poll and – despite the party’s troubles nationally – Labour currently holding 10 of the 11 seats on the Greater Manchester Combined Authority (GMCA), it would take an upset of Trumpian proportions to stop him.

So in party political terms at least, it looks like the outcome will pretty much keep the status quo for the majority of the city region’s 2.7 million residents. And the purse strings governing the mayor’s budget will still be controlled by Whitehall.

Much may depend, however, on voters’ perception of the six declared candidates. The runners and riders are: 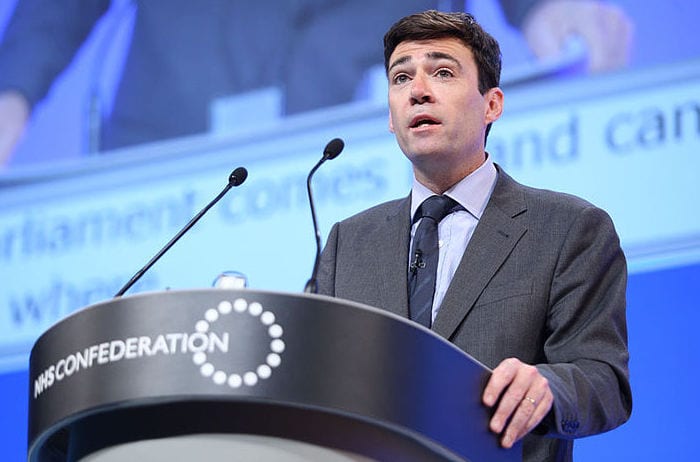 The 47-year-old Aintree-born MP for Leigh served the Blair government in junior ministerial roles and was promoted by Gordon Brown, first to Chief Secretary to the Treasury and later to Secretary of State for Culture Media and Sport and then Secretary of State for Health. After Labour’s defeat in 2010 he held senior roles in the Shadow Cabinet.

When Ed Miliband resigned after Labour’s 2015 defeat, Burnham challenged for the party leadership but finished a distant second behind Jeremy Corbyn, for whom he served as Shadow Home Secretary until last October. He says he will resign as an MP if he becomes Greater Manchester’s mayor.

At his campaign launch, he said that Westminster had failed the north of England and things had to change.

“We are going to make sure that power comes out of London and comes here. We are going to give the north of England a stronger voice than it has ever had and smash the London-centric approach to life,” he said.

The former health secretary also emphasised the importance of the NHS and to put young people at the heart of his manifesto and has criticised the government’s inaction over air pollution in Manchester.

At a recent candidates’ debate there were sharply contrasting views on the so-called Greater Manchester Spatial Framework – government jargon for future development across the conurbation over the next two decades – one of the new mayor’s key responsibilities.

Burnham said he would rewrite the GMSF if he was mayor because building according to the current framework didn’t give the variety of homes needed; transport was not integrated and put too many cars on the road and it was not ambitious enough for industry, being too dependent on warehouses. 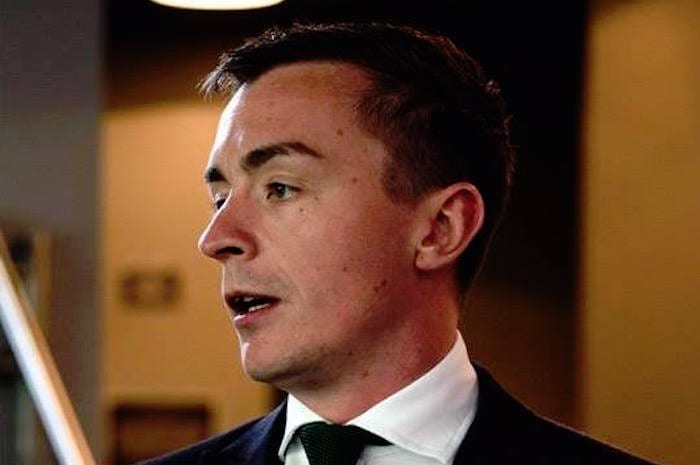 The Conservative contender is 29 and has been leader of Trafford council since 2014. The only non-Labour member of the GMCA, he grew up in a council house in Trafford and left school at 16 to take up an apprenticeship at Barclay’s, later becoming vice president at Bank of New York Mellon in Manchester. He was just 20 when he was first elected councillor for the Bowdon ward. He said of his chances “It’s an obvious statement that it’s going to be tough but I wouldn’t do this if I didn’t think it was winnable.”

Anstee believes devolution to be an opportunity to continue the process of “undoing centuries of centralisation” and address the needs of vast swathes of Greater Manchester that didn’t feel represented by Labour or by the political system in general. In a swipe at his Labour rival he said the mayor’s job “should not be a home for disillusioned MPs.”

He insists that the spatial framework was critical to the future of Greater Manchester. “GMSF is not going to go away, it is with us for 20 years and needs to be flexible enough to work with a changing economy. The framework needs tough decisions, and every day that we avoid a decision, or talk about rewriting it, we’re letting down the people of the city, and not giving them the transport or the homes they need. We owe it to the 20,000 people who responded to do something with this plan. Let’s not make it a race to the bottom and use it as a political football.”

The Liberal Democrat candidate claims to be “the only proudly passionate pro-European candidate” in the race and has made it her priority to “halt this aggressive Brexit agenda protecting local jobs, trade and business.”

A Trafford councillor since 2000, she came fourth behind Labour, UKIP and the Conservatives in the Oldham West and Royton Parliamentary by-election of 2015 and had been the Lib Dem candidate in Altrincham and Sale West at the 2010 and 2015 general elections.

On Brexit she declared: “We are deeply divided, not just as a country but as a region. The referendum result of last year made that all too clear. I believe our place in the world and our continuing prosperity is best secured by being in Europe, at its heart and not just pushed to the side-lines. However, I respect the result and believe we must fight to retain our place within the single market and whatever deal is reached over the next few years, we should all have a say on that deal.”

Brophy said that her party wanted the GMSF plan scrapped altogether. “We think it should be rewritten. At the moment it is a top-down approach and it should be much more bottom-up,” she added. “We are not convinced that developing all that green belt is the way forward because all of the brownfield sites should be unlocked first. I think we need to listen to those voices out there about why they don’t want the green belt being developed on because actually it doesn’t have the infrastructure and it doesn’t deliver the affordable housing that we need as a city.”

The other candidates are:

Shneur Odze (66/1) is the UKIP candidate and has stood regularly for the party in Salford council elections, coming second in Broughton ward last May. Once a Conservative councillor in the London borough of Hackney, his bid to become UKIP’s candidate in last year’s London mayoral election was unsuccessful.

Will Patterson, 33, (200/1), became the Green Party’s mayoral candidate after the sudden death of their original nominee Deyika Nzeribe in January. “These are tough circumstances to run in, but Deyika worked tirelessly to offer Greater Manchester the Green voice that the region desperately needs,” he said. “I’m honoured to have been called upon to continue the amazing work that Deyika started, and together with party members from across the region, I’m looking forward to working for a fairer, more democratic and greener Greater Manchester.”

Stephen Morris (500/1) is standing for the English Democrats of whom he is north west chairman and has promised to abolish parking charges at hospitals and invite President Trump to Greater Manchester if he becomes mayor.