Why Morning Glory posters have appeared in Manchester overnight... 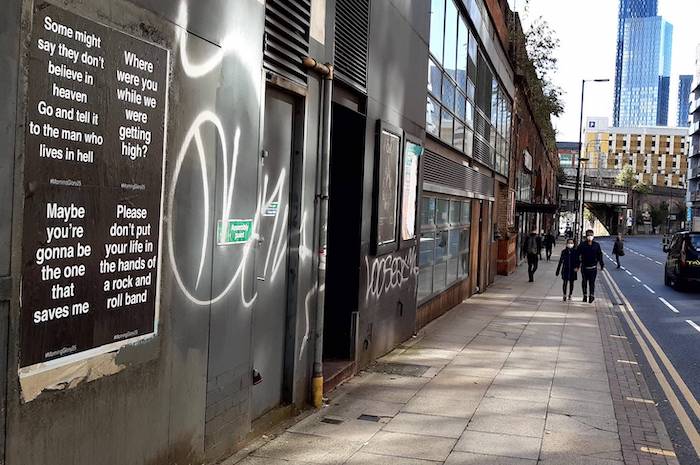 Key Oasis lyrics with the hashtag #MorningGlory25 have appeared on posters across Manchester city centre in the last 24 hours.

No doubt a few people in the city might be scratching their heads as to what the posters are all about (although probably wouldn’t take Miss Marple to work this one out).

Many people may speculate that this is some kind of guerilla marketing stunt to hint at a reunion. However, the lyrical black and white posters actually reference the 25th anniversary of the band’s huge-selling second album, ‘(What’s The Story) Morning Glory?’, ahead of next week. 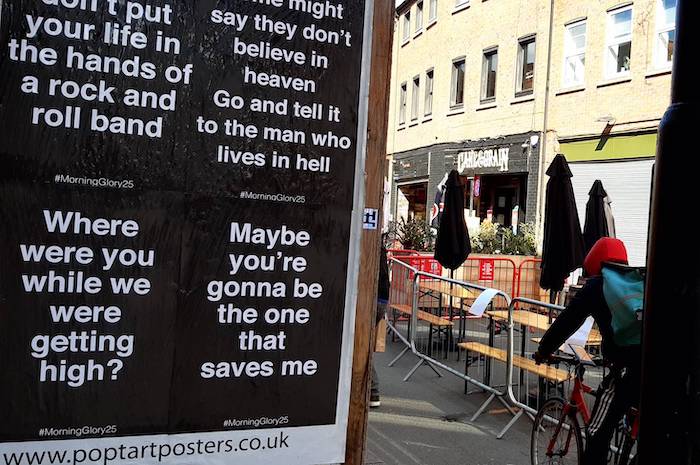 (What’s The Story) Morning Glory? is the defining album of Britpop, the crowning achievement of the most popular British rock band of our times, and one of the greatest records ever made. A quarter of a century old this year, it still sounds utterly fantastic, a thunderous, swaggering, explosive singalong celebration of the power of electric dreams.

The album entered the UK Official Album Chart at No.1 with 269,000 sales, with a total of 10 weeks at the summit since release and almost eight and a half years in the UK Official Charts cumulatively. Worldwide, it went Top 10 in every the major market in the world and became the band’s breakthrough album in the US, peaking at No. 4 on the Billboard 200 with over 5 million sales, and a global total now in excess of 22 million.

Produced by Noel Gallagher and Owen Morris, (What’s The Story) Morning Glory? was recorded at the fabled Rockfield Studios in Monmouth, Wales, completed in a staggeringly brief 12 day period during May and June 1995.

An undeniably superlative rock record, it includes several of Oasis’ biggest selling UK singles – the legendary, universally loved anthem ‘Wonderwall’, ‘Don’t Look Back In Anger’, ‘Roll With It’, ‘Some Might Say’ together with tracks like ‘She’s Electric’, ‘Morning Glory’ and ‘Champagne Supernova’, which are timeless anthems and radio staples known to every
generation of music fan. 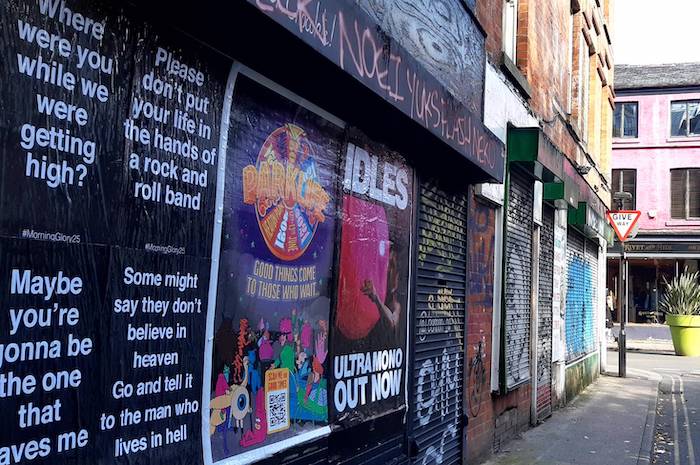 (What’s The Story) Morning Glory? established Oasis as a national and international phenomenon, the most universally popular British guitar band since the glory days of The Beatles, Rolling Stones and Led Zeppelin, and the album’s enduring and omnipresent appeal were demonstrated when it was awarded Best Album of 30 Years at The BRIT Awards 2010.

In the years since its release, the album has inspired thousands of young guns to pick up guitars and form bands and is counted by dozens of successful bands and songwriters as a major influence on their careers.

On the 2nd October 2020, record label Big Brother Recordings will release limited-edition album formats including a double silver coloured LP and picture disc on heavyweight vinyl with remastered audio to mark the 25th anniversary of the album.

Vinyl available from the official Oasis online store will also include a replica of Noel’s handwritten lyrics for ‘Wonderwall’. Pre-order all formats and listen to the album on the website, Oasis Music.