Whatever happened to Gordon the Moron – the man who inspired a punk cult classic? 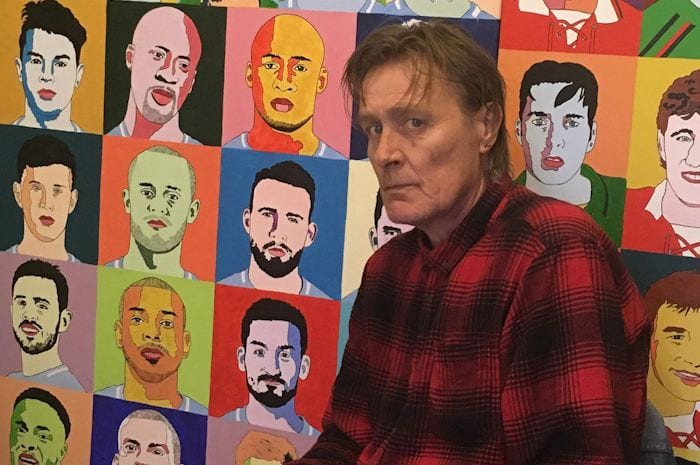 Gordon’s so-called moron status and memorable appearances on Top of the Pops provided enough ammunition for months of playground teasing for anyone unlucky enough to be born with that particular moniker.

Jilted John’s tale of teenage angst and heartbreak captured the hearts and minds of the nation, catapulting it to the heady heights of number four in the hit parade, shifting half a million copies in the process. This is especially impressive given that the fast track passes to fame we now take for granted – reality telly, social media and YouTube – did not yet exist.

Although its gloriously un-PC lyrics have dated the song like a pair of flared trousers, there is something about this particular one hit wonder, famously called ‘the most bizarre single of the decade’, that has transcended time and trends.

As the final gig of Jilted John’s 40th anniversary tour at The Dancehouse on Saturday approaches, we wondered what happened to Gordon the Moron, Jilted John’s cooler, better looking rival whose mesmerising, moronic dance on TOTP is the stuff of pop legend (1.7 million views on YouTube and counting).

But Gordon was much more than John’s Bez-like buffoon sidekick. Graham Fellows, the man who played Jilted John, credits him as a big musical influence and a key part of the live act.

We tracked down Bernard Kelly, aka Gordon the Moron, to get his take on the return of Jilted John, four decades on.

There is clearly nothing moronic about Bernard. He is an affable chap, smart and quick- witted. He recounts an impressive body of work since Jilted John, including collaborating on a mini-opera based on the work of Bartok with a member of the Halle Orchestra.

Bernard and Graham first met at Manchester Youth Theatre and created the first Jilted John songs in Graham’s Didsbury flat. The aim was to create enough material for a teen opera.

Gordon’s quirky onstage antics generated his own fan base and, after the success of Jilted John, Bernard embarked on a solo career.

He was a self-confessed face on the vibrant Manchester music and culture scene, and for a while he popped around Manchester’s music venues to entertain folk with his ukulele.

He then pursued a writing career, assisting in the production of over 200 TV programmes, including the early work of Peter Kay and David Thelfall (who played Frank in Shameless).

Punk is inherently political, so it is perhaps no surprise that in the early noughties Bernard dabbled in politics, standing as Green Party candidate three times. He may well have been ahead of his time, as part of his manifesto was a zero waste policy which aimed to make Britain rubbish-free by 2020.

In 2008, he returned to the stage once more as his alter ego Gordon at the Big Chill Festival, taking front and centre stage to perform some of his own material.

Six years ago, he returned to his first love. No, not Julie, but art, creating pop art-style paintings of classic football teams, some of which can be seen at the National Football Museum.

He still lives in Manchester, near Old Trafford, just seven miles from where he was born.

Forty years on, he still gets recognised as Gordon, and his iconic dance is still emulated by  fans. He no longer performs live but he does still write songs.

So what does he think of Jilted John’s 40th anniversary tour?

“It seems strange that 40 years on from the heady days of our youth, Jilted John should be doing an anniversary tour,” says Bernard. “Near sixty year-olds singing songs about teenage love and loss? It’s not exactly Howlin’ Wolf or Muddy Waters at that age, is it?”

Will Gordon will be making an appearance at the Dancehouse gig?

Could it be that forty years on, in an ironic twist of fate, Gordon has been jilted by John?