Welcome to the Kings Arms: a pub with cracking tunes and booze and a cat called Charlie 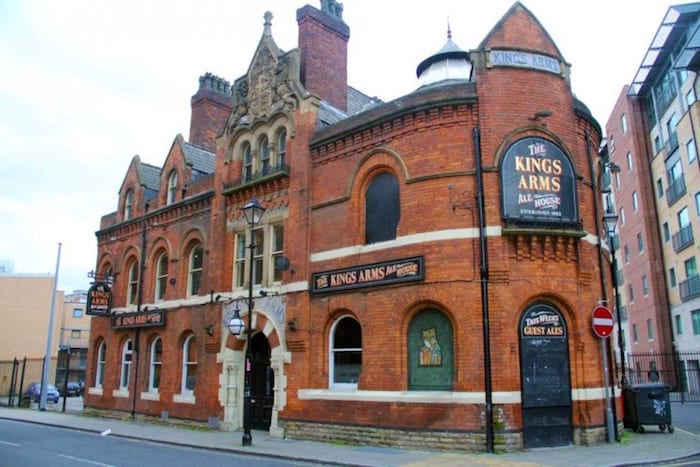 The Kings Arms should be the pub that comes to mind when you think of Salford pubs, especially when you’re thinking about what could be Salford’s best pub.

Located on Bloom Street, across from Salford Central, it’s a gem that needs to be shouted about.

Whilst Manchester is becoming flooded with Wetherspoons, Revolution Bars or branded pubs that cost half your wages for a pint, The Kings Arms remains a local pub that prides itself on indie breweries, quaint furniture and a cat.

It first opened back in 1807 when Bloom Street was alive with pubs and shops. 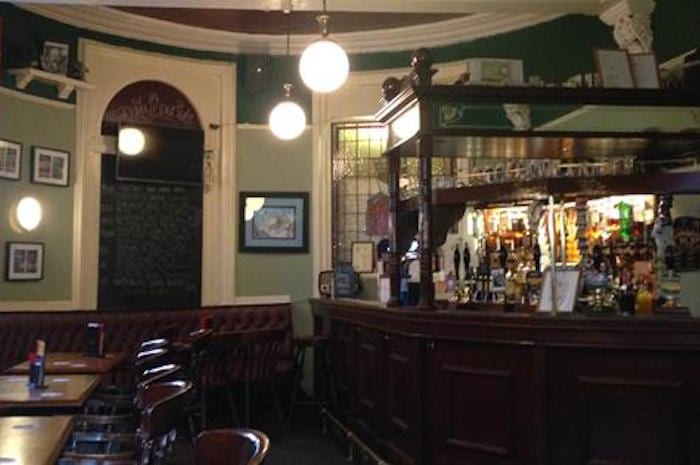 Fast forward 211 years and there are now just two pubs and a Chinese takeaway that smells amazing.

But let’s get back to the history of The Kings Arms. Loads of clubs have called The Kings Arms their home, like Salford Friendly Anglers Society (the oldest angling society in the world) and The Knitting Club which was founded in 2007. If you fancy a knit and a natter, they meet every Monday in the snug.

Unlike some pubs where you are met by frightening looks from the locals, The Kings Arms is a local pub for everyone. Community is the heart of The Kings Arms, whether you’re stopping for a pint after work or a bottle of wine every now and then.

It has previously been owned by Paul Heaton of The Housemartins and Beautiful South (I wonder if they had a happy hour?), who took over from Jon Cooper and Jo Byrne’s work to bring art home to The Kings Arms.

Since 2006, it has been a creative hub for all sorts of innovative work, and has even been the local pub for the students on Fresh Meat. The Kings Arms welcomes exhibitions, music, poetry nights, plays, comedy nights and the annual Greater Manchester Fringe Festival. 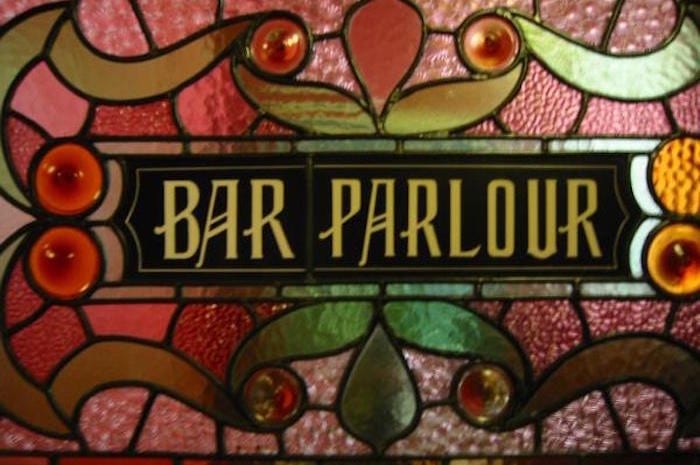 Be sure to head there in July to catch some cracking talent, whether you dig comedy (Eddie Summers), drama (Cheaters: A Play About Infidelity) or spoken word (The Love Calculator). The Kings Arms is the place to be to discover fresh underground talent.

Now it’s time we talked about the beer, because what’s a pub without beer?

The Kings Arms boasts cask ales from across the UK (Deuchars IPA, Trooper Ale, Citra Golden Pale Ale and First Chop Manchester Bitter to mention a few). They’re always changing beers so not every visit will be the same. But don’t worry if beer’s not your cup of tea. They sell cider, IPAs, bottled beers, wine and spirits, too.

What will always be the same is the comforting environment of the pub – and that doesn’t stop when you step outside to the garden area. If sipping on some ale whilst looking at a stencil of John Cooper Clarke is what you dig then congrats, The Kings Arms is the pub for you.

The stencil is situated in the garden area meaning when the sun’s out, you get to view The Bard of Salford. They also have several rooms to raise a glass in if Manchester’s weather is playing up.

To make things even better, there’s a jukebox packed with hits from across the musical spectrum. Bowie is a big hit with regulars, not to mention The Fall, Sex Pistols, and Joy Division. The Kings Arms loves a bit of post punk 70s music.

A pub with cracking tunes and booze. It’s what us northerners want and need. And let’s not forget Charlie (or Chaz if you want to get to know him), The Kings Arms cat. Don’t worry if you’re not a fan of cats, Charlie won’t come near unless you want a cuddle.

Welcome to The Kings Arms, your new favourite local.

Be sure to check out the events at The Kings Arms for the Greater Manchester Fringe.