“We hate it when our friends become successful” is a quote from a Morrissey song. I think Moz was complaining about people he knew in Manchester at the end of the 1970s who were mean to him after he’d had hit records with the Smiths. There’s a ring of truth in all this. Some of the most vitriolic voices I’ve heard dismissing the Smiths are old heads who remember Morrissey when he was ‘Steve’.

It’s an interesting song, though, because by the end of it Morrissey seems to half admit he’s the same and that he finds he doesn’t like watching friends do well. Or that they change once they become successful and he finds it upsetting.

There’s a German word for it – erfolgtraurigkeit. Literally, it means “success-sadness” – being aggrieved by someone else’s achievements.

At this point I’d like to pause and question how we define the notion of ‘successful’. By ‘success’ we usually mean that you’re in the public eye or you’re making a pile of money (two things not mutually inclusive).

But there are people who fulfil other, very real, criteria for success. Those among us who turn their life around after a problem with addiction; who work all hours while also bringing up kids; or who are on a minimum wage caring for the sick. I think we are a little too mesmerised by the idea of ‘celebrity.’ Many celebrities on many levels are actually unsuccessful and make a right mess of themselves or the world.

In the song, Morrissey suggests it’s particularly likely that former friends will hate you if you are a success from the North and working class. Perhaps this is when accusations that you have forgotten your roots spill into simply envy. The desire to take people down a peg or two, as in the phrase “I knew you when you were nothing.”

I never knew Morrissey when he was ‘nothing’ although I doubt he was ever ‘nothing’ – at least not in his own mind. I last interviewed him on Valentine’s Day 1985 and I asked him “Do you consider yourself an ordinary or an extraordinary person?” A ridiculous question and no prizes for guessing his answer. “I’m probably extraordinary”, he said. 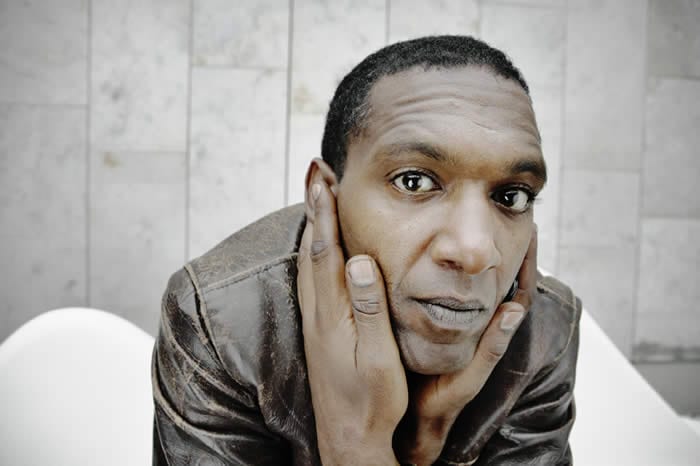 If there’s one person in my circle of friends who I would call ‘extraordinary’, it’s Lemn Sissay – poet, broadcaster and big cheese. He’s the Chancellor of the University of Manchester and he’s about to publish Gold from the Stone, a collection of his new and selected poems. I have the honour of hosting the official Manchester launch at Home on October 2.

I’ve known him more than twenty five years and as friends we support each other. But we’re honest, too. Occasionally I might disagree with him (and vice versa), or I offer him some advice in the hope I’m being helpful, even if he doesn’t take even one moment’s notice. But in my defence, it’s worth recalling the words of Bernard Shaw: “Indiscriminate praise is worthless”.

The University of Manchester have just begun selling Lemn t-shirts carrying the slogan “Inspire & Be Inspired.” I took a picture of him wearing one.

When I’d taken the pic, he said, “Do you think I’ve put on weight?” like any other man in their mid-40s would when confronted with their photograph. He’s extraordinary, but he’s also ordinary. He admits vulnerability, on stage and in his poems. It’s part of what makes his work so potent.

One reason I celebrate Lemn’s success is because when a friend does well, any friend, it feels like a victory for shared attitudes and hopes. A victory for the tribe.

If a friend wants to follow a passion, encourage them but don’t indulge them.  Don’t be like the ‘friends of hopeless singers who end up getting thrown off The X Factor because nobody had been honest with them.

Finally, some people become successful and then use their power, or high public profile, to put other people down. If you’re lucky enough to become successful, don’t give the haters any ammunition.

Actress Maxine Peake never does because she is happy sharing a word with everyone who wants to engage her in conversation. I’m lucky enough to have hung out a few times with her. Her successes also make me happy. She has talent and works so hard. She’s a star, and, like Lemn, an inspirer, opening doors for others.