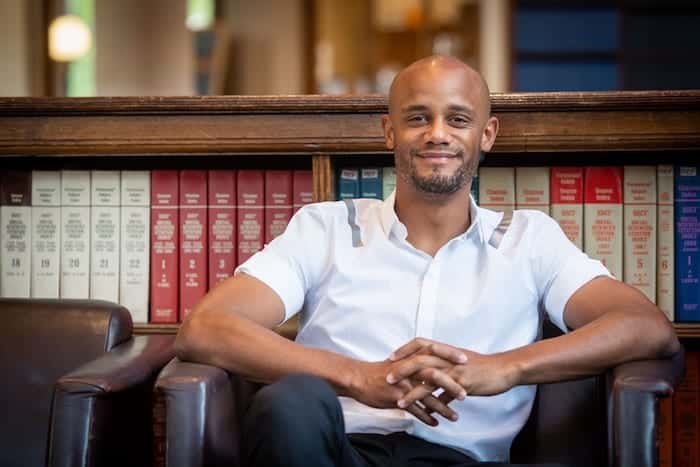 Former Manchester City captain Vincent Kompany has received an honorary doctorate from the University of Manchester.

Kompany played centre back for Manchester City for eleven years, and captained the side from 2011 to 2019. In the 2011-12 season, Vincent led his club to win the Premier League, their first league title in 44 years.

In July this year, he became the player-manager at RSC Anderlecht of the Belgian First Division, the club where he started his professional playing career aged 17.

He is an official FIFA ambassador for the charity SOS Children and has invested and engaged in projects which aim to provide an education and safe accommodation for children living in poverty.

In March 2013, he created the social sportive project BX Brussels to offer disadvantaged youngsters in the Belgian capital the opportunity to use sport as a vehicle for self-improvement.

The proceeds of his recent testimonial at the Etihad Stadium have been pledged to Tackle4MCR, an initiative he set up with the Mayor of Greater Manchester to address rough sleeping and homelessness on the streets of Manchester.

In 2017, he graduated from Alliance Manchester Business School with a Master’s in Business Administration (MBA). His research at the Business School focused on the football industry and how clubs can benefit from home advantage.

Professor Dame Nancy Rothwell, President and Vice-Chancellor of The University of Manchester, said: “This year’s four honorary graduates exemplify the University’s commitment to improving lives through health and economic prosperity.

“Foundation Day marks an annual milestone for the University, highlighting our identity as a global institution with its heart in the city of Manchester. It gives us great pleasure to award these honorary doctorates to such exceptional individuals on this special day.”