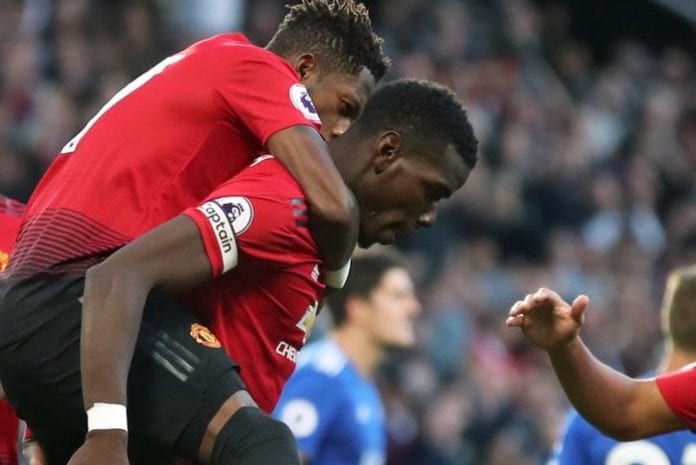 Alexis Sanchez misfiring, looking a shadow of the player he was at Arsenal.

But some things were new.

And for much of the game they played like the away side, allowing Leicester to dominate after putting them under the cosh.

The defence looked solid for most of the game – that goal excepted – with Bailly and Shaw looking more like the players they were before their injuries. Shaw’s goal should do his confidence a power of good.

It didn’t look like we needed Harry Maguire – a man who looks so big he should be reclassified as a mountain – but we do need Valencia back as soon as possible.

With so much negativity before the game – Jose’s unhappy because Ed Woodward wouldn’t let him sign another 29 year-old with no resale value for a vastly inflated fee – the result was much more important than the performance.

And we got it. Just.

For 18 hours at least, United went top, opening up a three point gap on the rest. Only 37 games to go.