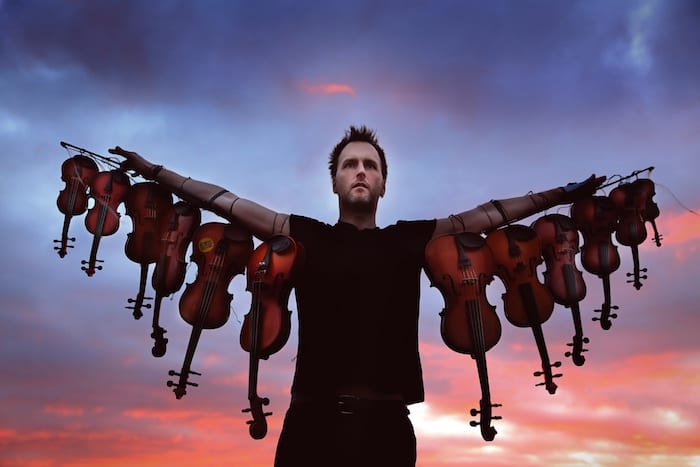 A major new annual festival in Manchester celebrating the best of English folk and acoustic roots music takes place across the city in October.

Featuring over 16 concerts with over 30 artists in a mix of intimate, large scale, indoor and outdoor gigs with a festival hub and outdoor stage at HOME, Manchester Folk Festival is the only festival dedicated to promoting and supporting new English folk and acoustic music. It will also host the English Folk Expo music showcase, attracting delegates from across the world.

The first concerts announced include Jon Boden and The Remnant Kings, Afro Celt Sound System, The Young ‘Uns, Tom Robinson, Kathryn Tickell & The Side and False Lights, all renowned artists on the folk scene.

Jon Boden (main picture) is best known as lead singer with the multi-award winning Bellowhead. He launched his own solo career following their split last year, but has also been performing with The Remnant Kings since 2009. His appearance at Manchester Folk Festival ties in with the release of his first solo album early this autumn.

Northumbrian folk artist Kathryn Tickell, awarded an OBE for services to folk music in 2015, will be joined by Ruth Wall on harp, Amy Thatcher on accordion, and Louisa Tuck on cello to create the four piece ensemble The Side. Amy will also be entertaining the audience with her legendary clog dancing as seen on Later with Jools Holland and at the BBC Proms.

Manchester Folk Festival is a legacy of the successful Homegrown Folk Music Festival which has taken place in Bury each autumn. With its new central location, it’s set to become a great addition to the thriving Manchester and UK festival scene.

It is produced by David Agnew, director of So It Is and artistic director for The Met in Bury and Ramsbottom Festival.

“I am thrilled to bring this exciting new festival to Manchester to present great folk found from throughout England,” said David. “We have fantastic venues and to add a city based music festival to the global folk industry is really exciting. This festival is all about profiling and celebrating the range of great music described as folk or acoustic – offering audiences new artists and supporting emerging artists who deserve to be on the world stage.”