Serial entrepreneur Tim Bacon is at it again, opening yet more venues in the city centre. After reluctantly revealing a few things on his Twitter account, we got the full story with sheer anticipation…

“Tim first bought out JW Johnsons which was frequented by anyone and everyone in Manchester – a veritable institution.”

With plans already well in motion, The Botanist Deansgate will be opening towards the end of July/early August on the site that is currently Label. 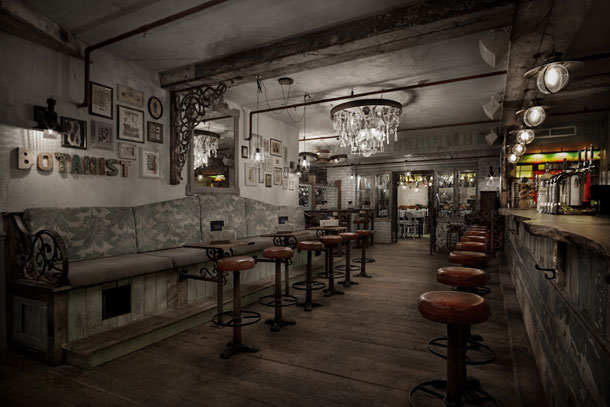 Owned and operated by the New World Trading Company, The Botanist is a concept unlike anything else.

With sites already in Alderley Edge and Leeds, The Botanist offers a soon-to-be-world-famous selection of cocktails, craft beers and ales, Champagne and wine. Food at The Botanist comes in the form of a deli-style menu with rotisserie and barbecue.

Gusto will open around August time and will be a 200 cover restaurant with a bar and three private dining rooms in the existing Olive Press site on Lloyd Street.

Gusto Restaurants and Bars, already in Alderley Edge, Cookridge, Didsbury, Edinburgh, Heswall, Knutsford, Liverpool, Newcastle is something of an institution.

As well as being an authentic Italian cuisine, GUSTO restaurants also have thriving bars and provides the perfect location for any occasion.

The Lloyd Street site is a magnificent space and given the popularity of the other Gusto’s in South Manchester, I’m sure the confidence and trust in this brand will mean it’s a huge success in Manchester.

The two new Living Ventures venues will create around 50 full and part time jobs created across both sites.

Tim Bacon cites the challenge of the un-done as his driving force and doesn’t intend to retire until his 93rd birthday.