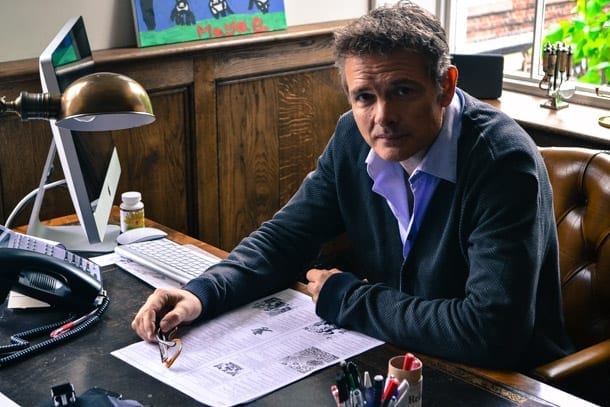 A tribute to the truly remarkable character and career path of Tim Bacon who has died after a long battle with cancer, aged just 52
Share
Tweet
Share
Chat

From sometime actor in an obscure Australian television soap to chief executive of a £100m Cheshire-based hospitality empire brimming with innovation and new ideas. That was the truly remarkable career path of Tim Bacon who has died after a long battle with cancer, aged just 52.

“I came here in 1991… I lived above a club that closed after its opening weekend. It was a really scary time. It’s really matured as a city now and grown up. The weather is a talking point I guess, but you get over that. It keeps the grass green.”

The business, Knutsford-based Living Ventures, now owns and operates more than 40 sites representing many of the best known hospitality brands on the high street – from bustling Italian-style venues like Gusto, cutely imagineered places such as The Oast House, The Botanist, in which the Flowerpot Men would feel at home, to Manchester House, a chic and modern high-end restaurant with Michelin ambitions. Other brands include The Alchemist, Australasia, Grill On The Alley and the Red Door.

“I think staff are the singularly most important thing in any bar or restaurant. It’s all well and good having a lovely space to go into but if you’re met by arseholes or people that don’t care then it doesn’t matter how nice the place is.” – Tim Bacon, 2014.

And in an industry where service is key to success, its 2,500 employees recently rated their company 9th in the Sunday Times’ Top 100 Best Places to Work. “A professional family” once said Tim.

Mrs Lilley also founded the Restaurant magazine and Fourth Hospitality, an internationally successful software provider for the catering industry. She was just 54 when she passed away in 2012.

Tim Bacon, 140 characters nowhere near enough, never dealt with anyone so honourable, true and faithful to his word vision and values.

Devastated to hear news of Best friend and awesome dad, entrepreneur, #TimBacon one of the greatest men I have had the pleasure of knowing

Feeling empty. The legend lives on through everyone you touched. Good night and God bless from all of us. pic.twitter.com/2OM5RorLo8

Tony Wilson, Tim Bacon and me. One of many great happy nights .
Hard to believe they have both now gone . RIP pic.twitter.com/8QZosOoPQO

Devasted for all who knew Tim Bacon. As if you knew him you loved him. Brilliant; generous; and no one’s done more for Northern hospitality.