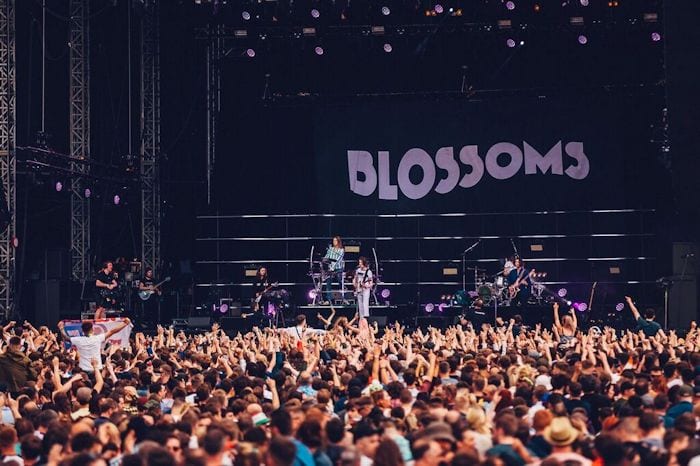 Manchester is not short of great gigs. It’s one of our favourite things about the city.

Tickets have just been released for some massive upcoming shows – from Supergrass’ 25th anniversary reunion tour to Futureheads’ touring their first new album since 2012.

And with Christmas just around the corner, tickets for one of these gigs could even make the perfect present.

Here are the gigs and shows with tickets going on sale this week.

Following a surprise gig in Irish pub O’Sheas last week, rock heroes The Script return to Manchester in the new year for a huge Arena show.

The new tour comes in support of the group’s sixth album, Sunsets and Full Moons.

The band has just revealed details of its new album Foolish Loving Spaces, due for release on 31 January 2020 which celebrates love in all of its many forms.

Special guests on the tour will be The Magic Gang, with extra support coming from The Lathums.

Mancunian heroes the Courteeners return to Manchester Arena this Christmas.

Since forming in 2006, the Courteeners have followed in the footsteps of their heroes and become one of the biggest indie bands to come out of the city.

This summer saw the band perform a huge show at Heaton Park, as well as taking on crowds at Kendal Calling and Edinburgh Summer Sessions.

Supergrass reunite to mark their 25th anniversary with a tour and a greatest hits compilation.

The 90’s favourites will play two dates at Victoria O2 Warehouse on 26th (sold out) and 27th February.

Get ready to hear all the old favourites, from Alright and Lenny to Going Out, Richard III, Sun Hits The Sky, Pumping On Your Stereo, Moving and Grace.

Despite an announcement that the Yorkshire-based band would be splitting in 2003, they’re still going strong and have had two sell out tours since.

This tour will see them play all their top hits for fans. Dates in Birmingham, Nottingham, Aberdeen and Glasgow have already sold out, with a second date having been added for Manchester to meet demand.

Pop songstress Dido returns to Manchester early next month for a show at O2 Apollo.

The tour comes in support of her fifth studio album Still on my Mind, released in March this year – her first since 2013’s Girl Who Got Away.

One of the best-selling UK artists of all time, her new release offers the same brand of easy listening, serene electronica she’s always been known for.

At the beginning of the year The Futureheads thrilled fans by announcing their return to the spotlight with a new album and UK tour.

The band hadn’t released an album since 2012’s a capella album Rant!, much to the chagrin of loyal followers. Their sixth studio album Poweres was released this summer. Catch the four-piece post-punk revival band performing a mix of new tunes and old favourites at 02 Ritz next month.