Christmas is coming early to Manchester. Last weekend marked the official Christmas lights switch on, and this weekend sees the return of the much-loved Christmas markets. For a taste of something new, 2018 also sees the arrival of the intriguing Ice Village for its first year in the city, opening from this Friday onwards in Cathedral Gardens.

But don’t worry, there are plenty of other culturally quirky events happening for those not feeling the festive vibes. Synth Remix is coming to the Anthony Burgess Centre on Friday night, celebrating the legacy of female artists working in electronic music in the 1970s and 80s, featuring award-winning musician Jo Thomas, DJ sets and a headline set by Olivia Louvel.

For food, crafts and creative vibes, don’t miss Levenshulme Market’s science-inspired special on Saturday. You’ll find a fantastic range of traders as well as an enthusiastic team of Science Buskers from UoM Physics Outreach joining the market to carry out some fun physics experiments.

This weekend also marks the return of Louder Than Words festival – a celebration of the long-standing relationship between music, writing and literature – taking place at the Principal Hotel and co-curated by Dr Jill Adam and John Robb.

Another arty highlight is  the opening of a Lowry & The Pre-Raphaelites exhibition at The Lowry on Saturday, celebrating some of Lowry’s favourite 19th century artists including Rossetti, Ford Madox Brown and Sir Edward Coley Burne-Jones, with their work on display until 24th February 2019.

And of course, 11th November is Remembrance Sunday, a time to pay tribute to those who have lost their lives in the course of duty. This date also marks Armistice Day, with 2018 marking the centenary of the end of World War I. A national two-minute silence will be held at 11am, an opportunity to remember and reflect. 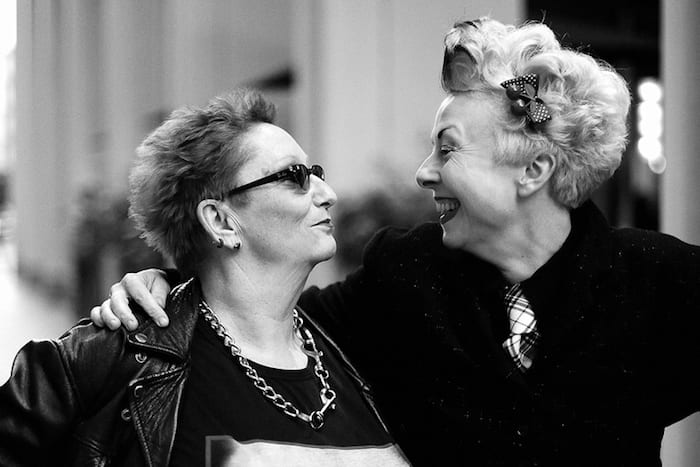 Now in its sixth year in Manchester, Louder Than Words is a festival celebrating the relationship between music and the written word, with a range of panels, performances and Q&As taking place inside Oxford Street’s Principal Hotel over 9th-11th November, co-curated by John Robb and Dr Jill Adam. This event doesn’t shy away from asking difficult questions about the music industry and sees authors and musicians alike open up about their work. Highlights for 2018 include a conversation with Guy Pratt – bass player with stars including Pink Floyd, Madonna and Michael Jackson. There’s also the chance to chat with Geoff Travis and Jeannette Lee from Rough Trade, a return visit from the original punk icon Jordan, and Ian Rankin talking about the influence of music on his novels. Tickets are available as weekend passes, day passes, or event tickets, ranging from £6 for an event to £70.66 for a pass to the whole three-day weekend.

Christmas lovers in Manchester can rejoice thanks to the return of the ever-popular Christmas markets, celebrating 19 years in the city and running Friday 9th November – Saturday 22nd December for 2018. Highlights include a brand new Amsterdam Frites stall, a special VW Campervan photo booth, and honey cream infused gin cocktails, with the markets taking place throughout the city centre – the main hub being right under Zippy Santa in Albert Square. Go and celebrate his last year with a mug of something merry.

2018 also marks the first time Cathedral Gardens will become the backdrop for Manchester’s Ice Village, Britain’s first ever dedicated ice attraction, opening this Friday. It will feature an ice sculpture cavern, a fully equipped ice bar, an ice rink perfect for any skating fans and a Santa’s grotto, with Smooth Radio DJs hosting an event from 7pm on the opening day. Expect seriously cool tunes whilst you are surrounded by a whopping 250 tonnes of ice.

On 11am on Sunday 11th November there will be a two-minute silence for Remembrance Sunday, with the Imperial War Museum North museum at Salford Quays providing a place for visitors to come along, observe the silence and reflect. After the silence, they will present a themed film in the main exhibition space, paying tribute to the people of Manchester, the North and beyond who died in course of conflict for this country – especially poignant as 2018 also marks 100 years since the end of World War I. From August this year, the museum has also hosted an exhibition titled Lest We Forget? focusing on remembrance, which is open to visitors until 24th February 2019.