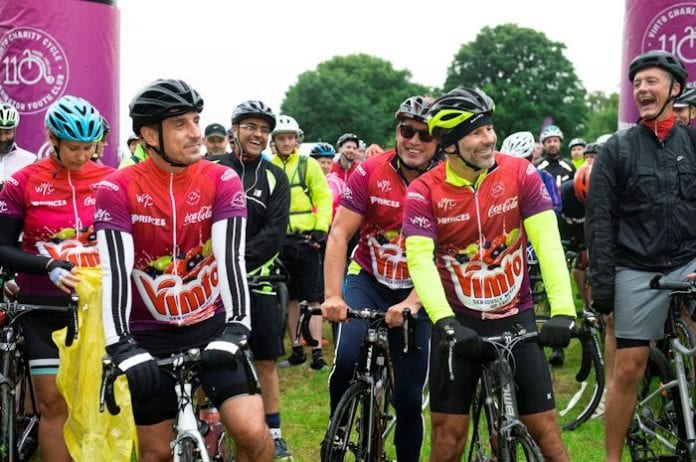 It looks like it’s just another Sunday morning charity fundraiser. 110 cyclists taking about to embark on a 110km bike ride through leafy Cheshire countryside to raise funds for a youth club.

But this was no ordinary bike ride. Because taking part in yesterday’s Vimto 110km Charity Cycle to celebrate the 110th birthday of Manchester’s favourite soft drink were three familiar faces.

The ride, which started and finished in the village of Great Budworth and took in the rolling countryside and surrounding villages of Cheshire and the Tatton Estate, raised over £110,000 for Warrington Youth Club. 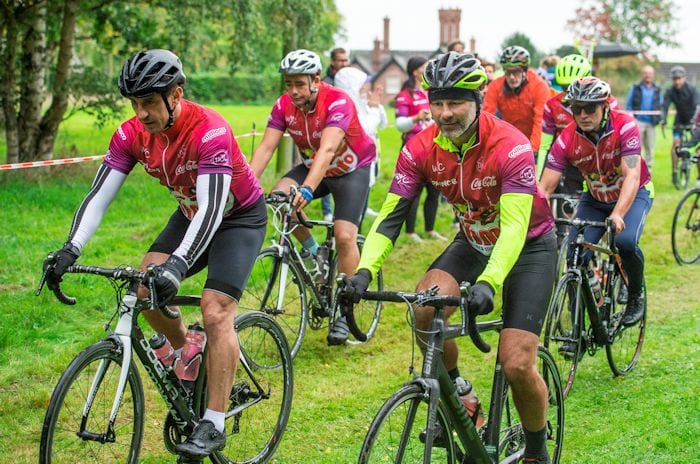 The money will allow the club to offer mentoring to 110 vulnerable children and young people from across Warrington. 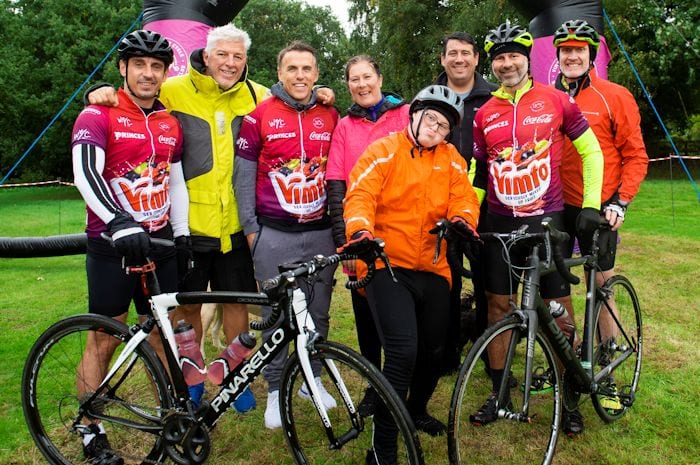 “I am so happy to have completed this challenge. The team at the Warrington Youth Club have been brilliant in supporting me for the last year. They have given me opportunities to do amazing activities I could never dream of doing.”

Just in case you don’t recognise the former United players taking part, they are Ryan Giggs, Gary Neville, and Phil Neville. Scholesy must have been having a lie-in.