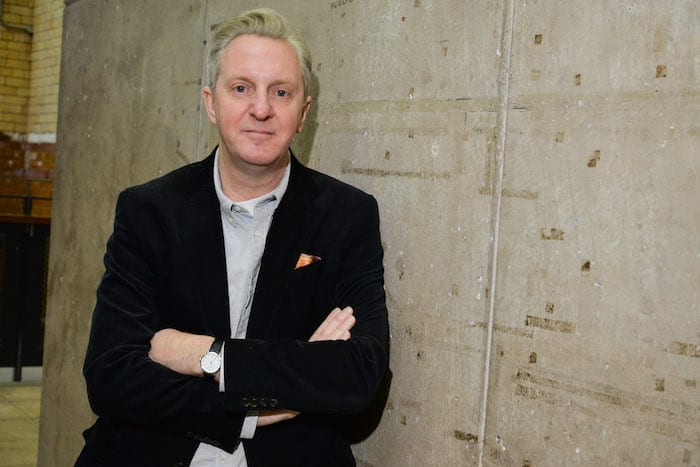 The big-hearted performer also known as Longfella is best known for his poem This Is The Place, which went viral following the Manchester Arena bombing in 2017 and helped Manchester through one of its darkest times.

But that’s not his only claim to fame. Tony was poet in residence at Glastonbury 2011 and has performed for the British Council and at festivals around the UK and in Europe

His work has been published in numerous anthologies and he has received commissions from BBC North West Tonight, BBC2’s Great British Menu, Blue Peter and The Lake District National Park Authority. He even got a shout out from Bono at U2’s Manchester Arena show last year.

But it was that moment in 2017 that put him on the map in a new way. The Guardian called him a national hero and the Huffington Post commented on how his reading stunned millions.

Even more incredibly, Tony ensured all licensing income (£200,000 to date) is used to support local community projects by gifting it to the city.

He has just announced ten UK dates for a UK tour. Forget what you imagined a poetry night could be and expect belly laughs, tears and everything in between.

The closest to home is a Bury date on 23rd October at Bury Met, followed by an appearance in Bakewell the following night.

The tour will be an opportunity to see Tony perform poems from his new book Work/Life/ Balance, his second full collection of poetry, due to be published in early 2020.

“Performing live is what I’m all about,” says Tony. “There’s something timeless and magical about being in a room full of friends and strangers, laughing together, cheering and crying; sharing a thought or memory, uniting in those special moments.”

“I try to send people away inspired and uplifted, having had a really great night out. Newcomers to poetry would be especially welcome, alongside poetry lovers of all ages.”

Tickets are on sale now and will no doubt be snapped up faster than you can say Forever Manchester.