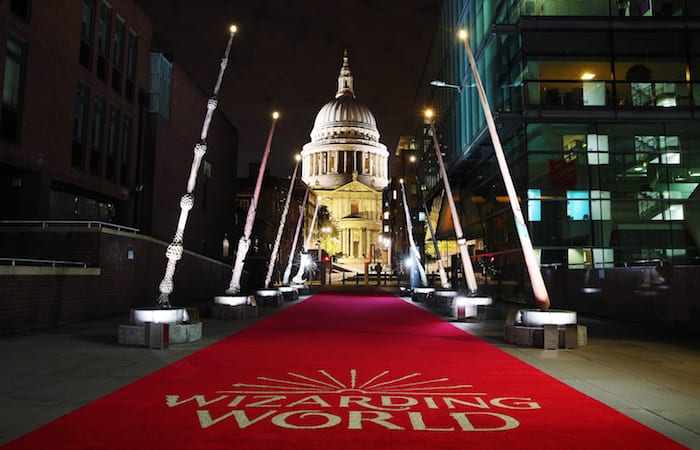 Wands – and fingers – at the ready. The wizarding world of Harry Potter could soon be lighting up the streets of Manchester. And it could be in your hands.

Over 20 years ago, J.K.Rowling brought the fantasy franchise of Harry Potter to life as the soon-to-be wizard was whisked away to Hogwarts, the magical school of witchcraft and wizardry via Platform 9¾.

Since then, alongside the seven worldwide bestselling book series – came eight huge blockbuster phenomenons – which saw Harry Potter and the Deathly Hallows Part 2 land on the top 10 highest grossing worldwide films of all time.

Now a household name, an army of loyal Potter fans have seen the success of the franchise live on in a new series, Fantastic Beasts. 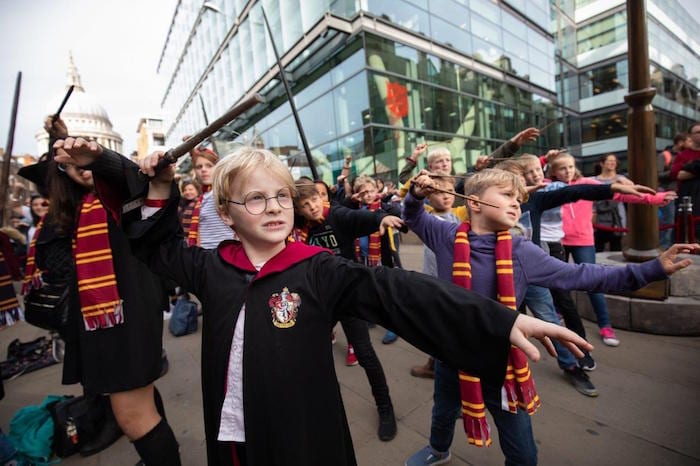 Last autumn, nine magnificent wands modelled from the popular wizarding films debuted in London to support children’s charity Lumos. Now Warner Bros UK have announced that they will be going on tour.

The nine wands, which stand 15 feet tall, are set within concrete bases and illuminate each night – and they could soon be bringing a little bit of magic to the city.

Belonging to some of the most beloved – and most hated – characters in the Harry Potter and Fantastic Beasts films, each night the outdoor structures will perform a light show to the most popular soundtracks from the films.

Celebrating the upcoming Blu-ray and DVD release of Fantastic Beasts: The Crimes of Grindelwald, a national poll opens today open to decide the next towns and cities the popular wand attraction will visit.

The winning locations in the online poll will all play host to the breathtaking wizarding wands display in the lead up the the release of the third Fantastic Beasts installation.

The Wands Ready voting process gives people the chance to narrow down the selection to eight finalists which will be announced on 18th March.

“We were overwhelmed by the response to the Wizarding World Wands installation in London last year and want to bring the magic to fans across the country,” says Josh Berger, managing director of Warner Bros. Entertainment UK. “We are excited to find out where they’ll be unveiled next.”

You have just two-and-a-half weeks to cast your vote to secure Manchester as one of the locations the wands will visit.