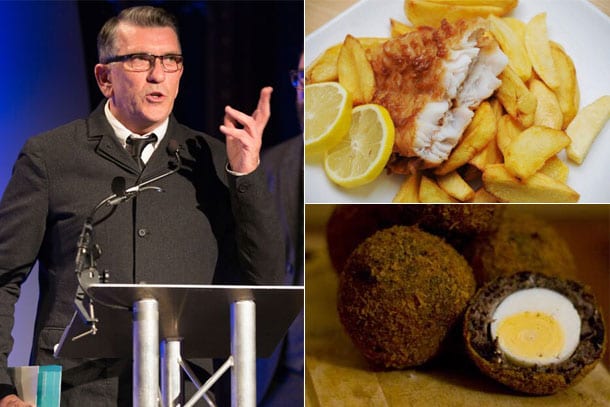 There was a nice moment at the Manchester Food and Drink Awards on Monday night. Not the bit where Andrew Nutter nearly burst everyone’s eardrums shouting MANCHESTEEEEEEEEEER’ into a microphone when he was dishing out the well deserved special award to R Noone & Sons at the end of the night, says Simon Binns…

Not even the smashing tweed and beard combo of dashing awards co-host Matt White although it was very strong.

It was when Mike Joyce, radio DJ and former member of some band or other called The Smiths, got up to present his award.

“What the awards
also demonstrated
however, was the
fact that good
local talent will
always stand out”

He recounted a story about a time when he was abroad with The Smiths and was asked by ‘some pretty influential people’ over dinner what the culinary specialties of Manchester were.

‘I told them that we had Manchester Tart…and fish and chips. And that was about it. So I wanted to say a big thank you to everyone in the room for working hard and bringing your culinary skills, and all of the choice there is now, to my city.’

A few days earlier, I’d been on BBC Radio Manchester talking to Becky Want – who hosted the awards with Mr White – to talk about the relentless surge on the city by operators from here, there and everywhere.

Answering her first question – ‘Where’s good for something to eat in Manchester?’ – has become an almost impossible one to answer. Not because there aren’t enough options, but because there are so many variables now.

What’s your budget? What do you actually like? Who are you going with? What’s the vibe?

For every Manchester House, there is a Siam Smiles. And miles in between. And the awards really shone a light on that this year. I was lucky enough to be one of the judges and shortlisting the ‘Best Newcomer’ category was ridiculous. There were about 30 options.

It’s not slowing down either – about the same number again will open over the next six months or so.

However…there are rumbles of discontent.

Especially as London operators or larger chains descend on Manchester, some are asking if the city is now being seen as an easy money maker for the out of towners, and therefore diluting the ‘spirit’ of Manchester. And compromising the quality.

Is it getting harder to see the wood for all of those pesky trees? One friend put it to me the other day that the closer Manchester moves to London, the better the deal for the capital rather than our fair city.

Best newcomer on Monday night, by the way, was Hawksmoor – an operator that has probably set the standard for ‘how to do a London restaurant in Manchester.’ Slight tweaks and nods in the offer to suit a new market but, essentially, a fixation on the product and the customer, and an understanding that attracting loyalty is hard work, but also worthwhile.

Contrast that with, say, the Corn Exchange, where the whole model is built on a numbers game based on footfall to the nearby arena. Loyalty will be a bonus. That’s not necessarily a bad thing – the Corn Exchange is offering a different product to a different crowd, but it would be a bad thing for the city if the operators there became blasé about the ‘easy wins’ likely to walk into their restaurants every day (and night) due to a massive gig, or a trip to the football museum, or a shopping day in Manchester.

What the awards also demonstrated however, was the fact that good local talent will always stand out – Ply, Café Lupo, Volta, Marble Arch, Lily’s et al.

Not many ‘chains’ made the shortlists. But that should be their challenge.

Want to be a part of the city? Then try and beat its best. Otherwise, you might as well stay at home.

And if nothing else, do it for Mike Joyce. He’d really appreciate it. 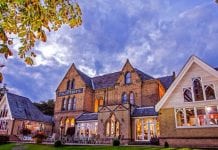 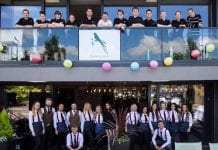 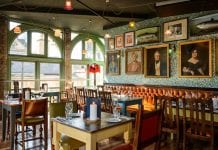