There’s a hot Christmas pudding stall at Manchester’s Christmas Markets – and we know how you can get two for the price of one! 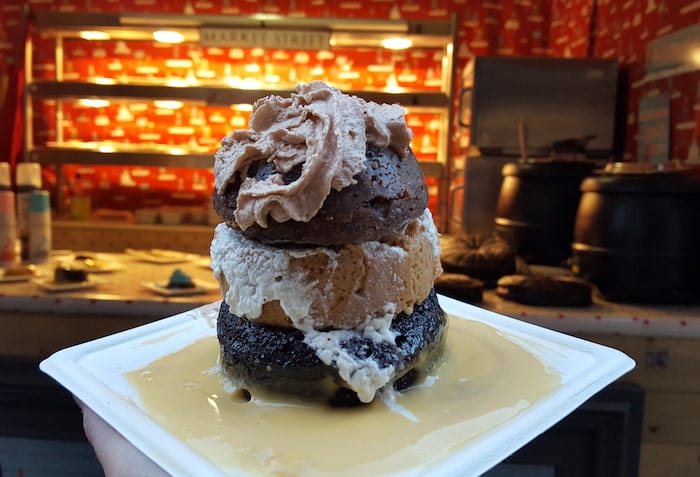 If you’ve got a sweet tooth – and let’s face it that means most of us – there’s a rather tempting stall on this year’s Manchester Christmas Markets.

The team from Rossendale’s Ginger Viking Puddings have brought a host of traditional festive desserts including mince pies, Christmas pudding and chocolate yule log, that they are serving up hot with your choice of custard or cream on their stall on Market Street.

And for those who aren’t shy of a sugary challenge, there’s a quite spectacular towering Christmas pudding challenge.  It boasts a slice of jam roly poly, traditional Christmas pudding, and a wodge of oozing chocolate pud too – all topped off with cream and custard for £8.

Mum-of-two Charlotte Stroud, from Rossendale, has set up stall for Christmas with the festive treats – in a bid to bring something a bit different to this year’s festive markets. 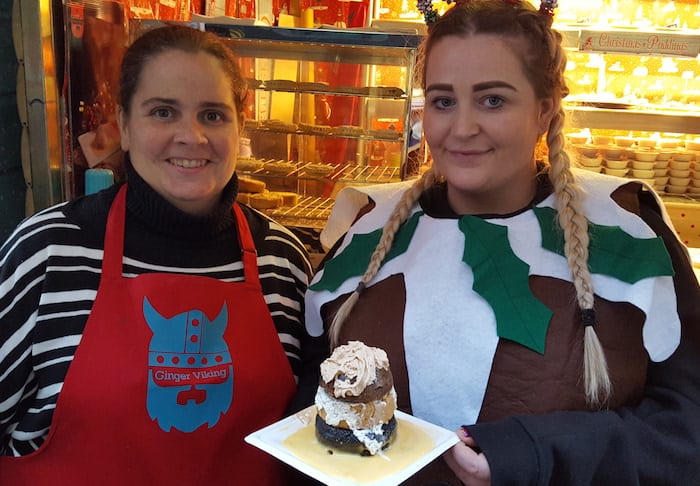 “We’re the only stall serving hot Christmas puddings this year”, says Charlotte. “We just wanted to go traditional and a bit old school with a festive treat for people visiting.

“We’ve had such a great reaction already, it has been really well-received and really brings a smile to people’s faces.” 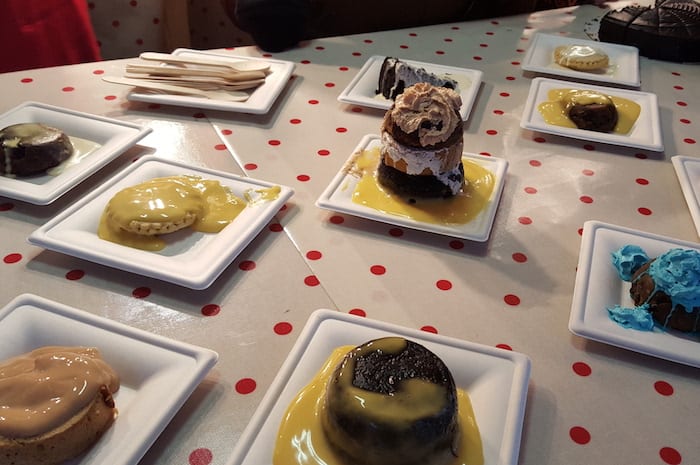 Warm mince pies are £2, while slices of the more substantial puddings are £4 with your choice of custard or cream.

And it’s a real family affair for Charlotte and her husband James on the Christmas Markets this year – as James runs a stall selling timber products and homewares.

“We’ve been doing the Christmas Markets for three years now.  I was made redundant from my office job in Rossendale three years ago and my husband was already self-employed with his timber products, so he said why don’t I give it a go.”

Their stall is decked out with lots of festive decorations, and a special cutout image of Buddy the Elf for people to pose for fun festive selfies. 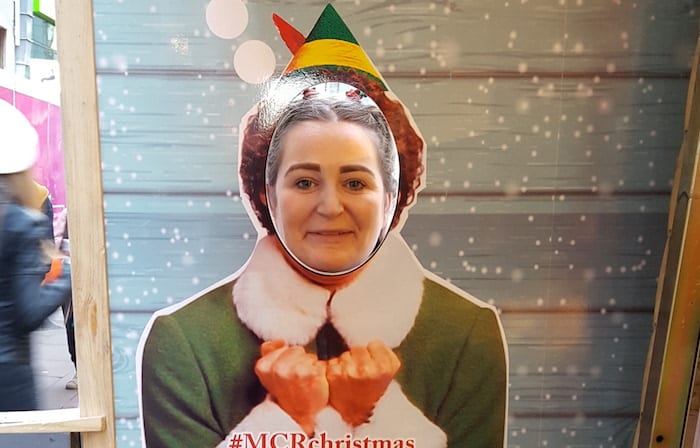 And anyone sharing the images on their social media with the hashtag #MCRChristmas #GingerVikingMCR could be in for an early Christmas present – as the best one will win a month’s supply of Christmas puddings!

In case you’re wondering, the business is named after James’ own ginger viking beard – and as an added festive treat, anyone who visits the stall with a big old ginger beard will get a free dessert. Fake beards do not apply!

We have also bagged a special offer for all I Love Manchester readers visiting the Ginger Viking stall throughout November. Just head to the stall and quote I Love Manchester to get two puddings for the price of one – so that’s just £4 for two puds. Now that’s what we call a deal.

The Ginger Viking Christmas pudding stall is open on Market Street every day from 10am to 7.30pm throughout November, and until 8pm throughout December.