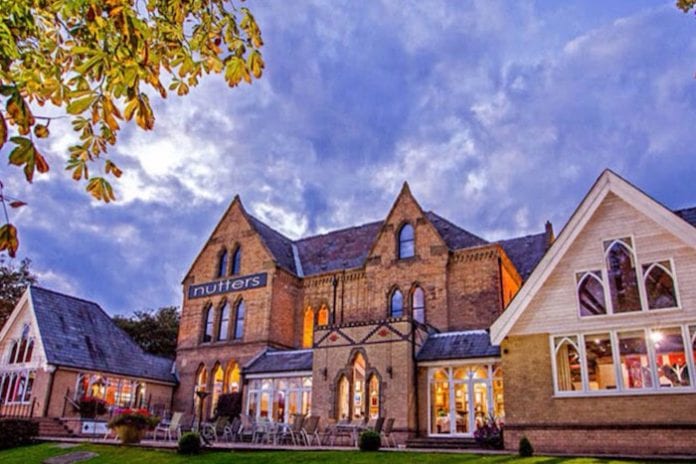 Ambition is the key word in this week’s good news. An ambitious group of students with their sights set on winning a once-in-a-lifetime competition prize; an ambitious star chef who defied a blizzard; and an ambitious team of doctors determined to improve the lives of Manchester Arena survivors.

Because good news come in threes, and Mondays don’t have to be blue. 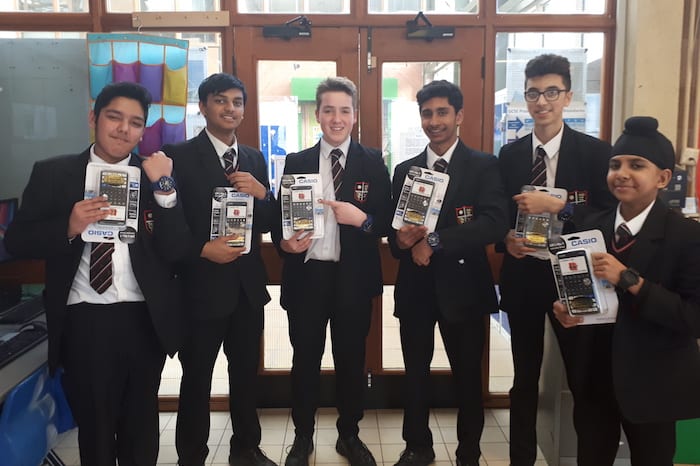 The founders of Manchester-based Marq Millions, a financial services provider, have sponsored a team of ambitious Stretford Grammar School students who are building a F1 car to race at Silverstone this week.

The team of six pupils, known as SG-Force, who won the Development Class at the North West F1 in Schools STEM Challenge Regional Final in January, are now one step closer to a place at this year’s F1 in Schools World Finals in Singapore.

This success has secured them a place at the UK National Finals taking place today and tomorrow (20th March) at the famous Silverstone race circuit in Northamptonshire.

Winning at National level will bring SG-Force the opportunity to represent their country at the World Finals. Moreover, the F1 in Schools UK Champions and runners-up will receive tickets to the 2018 Formula 1 British Grand Prix at Silverstone.

For the last six months, the Year 10 design and technology students, age 14 and 15, have been working on the project.

The car, which has been created using 3D modelling software and built with high-density foam, is being sponsored by Marq Millions and will carry the company’s logo, alongside multinational consumer and commercial electronics manufacturing company, Casio.

The entrepreneurial school pupils have also put together a business and budget plan and managed to raise sufficient funds through marketing and sponsorship activities to be able to take part in the competition.

Taxis arnt operating up –#EdenfieldRoad #Norden again – apart from me shuttling guests home from @NuttersOfficial – you can probs see why !!! @MENnewsdesk pic.twitter.com/dSB52rXbi4

When heavy snow and strong winds on Saturday night made cab firms unable to get to Nutters restaurant in Norden, Rochdale, owner and celebrity chef Andrew Nutter came to the rescue, the MEN wrote.

Nutter and fellow chef Stuart Marshall drove 28 diners home themselves, over the course of three hours, despite blizzard conditions.

They travelled to Whitworth, Ramsbottom and over the tops to Edenfield from the fine dining restaurant in Norden, Rochdale until 2am.

Besides getting the customers home safe and sound, Andrew and Stuart also entertained them with in-car singing.

“It’s just something we did to make life easier,” Andrew told the Manchester Evening News. “There was no chance of people getting home otherwise.”

“We had The Greatest Showman soundtrack from the new film playing on a loop so everyone was singing along, it was entertaining.

“There were some tricky conditions – going towards Edenfield the winds whipped up the snow, it was the worst I’d seen it – but it definitely helped having a Range Rover.”

He added: “There was a real look of shock and horror on their faces when they were told there were no taxis. They hadn’t realised how bad the weather was getting outside and the gritters hadn’t made it out yet.

“But when we said ‘give us 10 minutes, we’ll get you sorted’, they were quite surprised. I think they enjoyed getting in a car with the chef.

“But Nutters is about a whole experience – it’s not just a meal it’s an adventure. And they certainly got an adventure last night.”

Some of the most seriously injured survivors of the Manchester Arena attack will undergo rehabilitation at a world class facility which specialises in treating sports stars. The centre has treated Premiership football stars and professional boxers including Amir Khan and Anthony Crolla as well as private patients.

Doctors have identified around 40 survivors to attend the cutting-edge Manchester Institute of Health and Performance (MIHP), near the Etihad Stadium, which specialises in sports science and medicine.

The sessions will be paid for with £300,000 released by the We Love Manchester Emergency Fund which has raised more than £20m since the attack last May and £200,000 NHS cash.

NHS staff will accompany the survivors to the centre in order to learn more about these specialist treatment techniques as well as study the patients’ progress as part of a new research project in a bid to learn how best to treat people with similar injuries in future.

“We have this bold ambition to do things differently in Manchester and it struck us that there was a real opportunity to work closely across rehabilitation disciplines to help these people find their former function,” said Dr Jason Wong, of the Manchester University NHS Foundation Trust, who is overseeing the project.