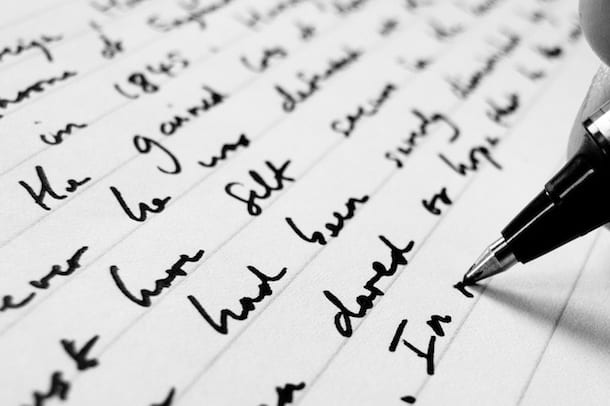 The deadline for entering The Manchester Writing Competition is fast approaching so if you fancy yourself as a writer, it’s time to put pen to paper. Whether you’re a practicing poet or an adventurous author, get involved. You never know, you could end winning first prize and end up £10,000 richer, says Emily Oldfield…

Whether you’re creative on your commute or a scribbler over dinner, what matters most is that if you write, you deserve to have your work noticed. So why not enter The Manchester Writing Competition?

“If you’re
looking for
inspiration,
just look
around you.”

Established by Poet Laureate and Professor of Contemporary Poetry at Manchester Metropolitan University Carol Ann Duffy and launched through the Manchester Writing School at MMU, the competition has attracted nearly 12,000 submissions from over 50 countries since it started in 2008, and your submission could be the next to add to the brilliant blend of ideas and inspiration.

If you need an incentive to enter, there are £10,000 prizes for both Poetry and Fiction but you’ll have to hurry because the deadline for submission of entries is 25th September.

Poets are invited to put their hand to an entry of between three to five poems, with a maximum combined length of 120 lines.

For the Fiction Prize, short stories are the order of the day, with a 2,500 word limit per entry.

The judges of both the Fiction Prize and Poetry Prize are writers who know what it takes to go from the written word to being heard.

Fiction Prize judge Nicholas Royle is a lecturer at the Manchester Metropolitan University’s Writing School and the author of seven novels and over 100 short stories. His advice to writers- ‘Likeable characters? Doesn’t matter. Make them believable. Then, as long as the reader is not a psychopath, the reader will care.’ But be warned. He hates bad grammar.

Chair of the Poetry Prize judges Adam O’Riordan is Poet-in-Residence at The Wordsworth Trust and has created waves with his own works, inspired by the Manchester he grew up in. He offers these words of advice to keen poets:

‘The competition is unique as it looks at a set of poems rather than just a single poem. I’d say go with the poems you think best represent your voice rather than trying to choose poems that might stand out in a competition.’

If you’re looking for inspiration, just look around you. It’s almost as easy to draw inspiration from the city as it is to draw a pint. Manchester has been home to a number of acclaimed writers who have written about the city – Anthony Burgess, Howard Jacobson, Lemn Sissay, Walter Greenwood, Mrs Gaskell and John Cooper-Clarke, to name but a few. And it would be nice to think that Carol Ann Duffy’s ‘The Bees’ was inspired by the famous worker bee symbol of Manchester.

Manchester is a melting pot of literary talents and Burgess was one who was quick to reflect on how the city shaped his writing: “I have sort of a Manchester working man’s attitude to it; this is a job you do. You don’t wait until inspiration comes. You get on with it.”

Wise words from a man who left his mark as a prolific author of more than 30 novels as well as screenplays, critical studies and over 250 musical works, and a maverick who promoted the term ‘Mancuniense’ in the Italian language.

Writers have helped Manchester what it is today. Now it’s your turn. Switch on your PC or pick up a pen and get writing. Get noticed and, if you’re lucky, you could be £10k richer. Good luck!

For more information and details of how to enter, visit manchesterwritingcompetition.co.uk