The Manchester orchestra that’s going down a storm at festivals 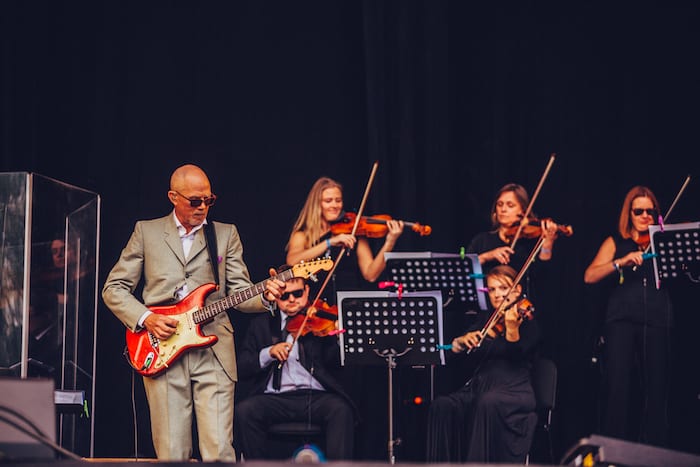 If you told someone twenty years ago that they would be getting down to You Got The Love played by an orchestra, they would probably have thought you were having a laugh.

But Manchester Camerata have been wowing audiences with their performances for quite a while, bringing the sounds of the Hacienda and, more recently, Northern Soul, to the lucky audiences who get to hear them.

They’re known for outrageously creative shows that bring orchestra and pop culture together and sell out venues across the UK.

People are passionate about the hybrid of orchestra and pop culture, which is why Manchester Camerata are playing so many festivals and gigs this year.

They’re in demand over the summer months as fans get ready to party along to the classics in the sunshine.

“We’re doing a number of festivals this year, it’s a busy summer for us,” says head of artistic development and programming, James Thomas.

“It’s become a popular genre in the past few years. It all started with a conversation between the original Hacienda crew, including Peter Hook, Mike Pickering and Graeme Park, and the Camerata.

“We are Manchester so it makes sense to collaborate with Hacienda and Northern Soul. It’s music that is very much a part of us and what we do. We’re https://www.azns.org/neurontin-gabapentin/ proud to take Manchester with us wherever we go, whether it’s somewhere down the road like Blackpool or even taking Northern Soul to London. Manchester is in our name and it’s what we do”.

The combination of orchestra and pop culture has clearly been a success, bringing a type of music that is often perceived to be elitist to an audience of thousands, no matter who or how old they are.

“We want to bring exceptional live music to as many people as we can. We want to redefine what an orchestra can do. We want people to look at the orchestra in a different way,” says James.

Manchester Camerata aren’t just here to serve our raving needs. They still perform the classics and have even branched out to help the community through music, working with schools and the elderly in the Camerata for the Community project.

You would have thought performing across the UK throughout summer and working with the community would be enough work for the Camerata. But it’s not.

They’re touring in China in September and taking Hacienda Classical to Dubai.

“We just want to continue redefining what an orchestra can do,” says James.