The Wild is the brainchild of Harley Boon, the daughter of Manchester music icon Clint Boon, and her best friend Harriet Castle.

And Harley credits her upbringing – watching her dad play with The Inspiral Carpets at live gigs and festivals across the world – for inspiring her own bohemian style and The Wild’s creative direction of rock chick and boho fashions.

Harley, 26, was a buyer at Manchester fashion empire N Brown when she decided to make the break with her own label with friend Harriet, which launched just last month online. 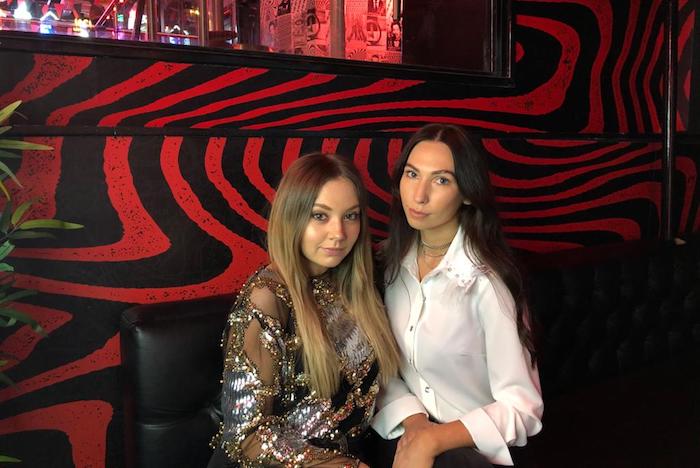 She says: “I studied buying and merchandising at university and it was always a dream to have my own fashion brand. It came to a point last year where I thought this could be the time to do this.

“It’s very much rock ‘n’ roll glam, with a bohemian heart.  There are lots of influences from the 1970s and the Manchester music scene.  We wanted it to be really tapping into the festival season, and the sorts of things we would want to wear ourselves.”

The first collection has already been a huge hit, with key pieces including printed maxi dresses, fringed ponchos and silver-beaded tops, all priced from between £35 to £65, flying out to fashion fans.

Each piece is named after a rock legend, there’s a Bowie jumpsuit, a Joni maxi-dress and Hendrix fringed poncho, named after many of the girls’ own musical idols.

Harley says her dad and mum, who is originally from Texas, were the “coolest parents ever” and inspired her own creativity.

She laughs: “My mum took me to the Hacienda when I was a baby, and we often went to see dad when he performed. I’ve been at festivals from my early days, I remember being at Glastonbury at the age of five so I’ve been used to seeing all the flamboyant clothes backstage.

“Rock ‘n’ roll is in my blood. I might be rubbish at doing my hair and make-up but I always loved getting dressed up.”

The Wild’s headquarters are based in Ancoats, and the two girls have been calling on the help of talented family and friends to get the brand started.

That includes a model and photographer friend helping out to do the first full shoot soundtracked by local band Sauce – which might look like it’s set in America’s Wild West, but was shot on location at Formby beach!

Harley says: “We’ve started small it’s a massive collaboration of friendship because we haven’t got outside investment.  We’re lucky to have talented friends to help us with the marketing, modelling, photography and the social media.”

The Wild’s logo is a bull’s skull, inspired by an original skull from Texas that hung in the Boon family’s dining room when Harley was growing up.

And the name?  “It’s always been in my head, the free spirit of the wild, and being out in the open – it just made sense.”

The brand launched at new music venue 33 Oldham Street, and is now available online at the-wild.uk, although there are also plans for pop-up shops and events over the summer.