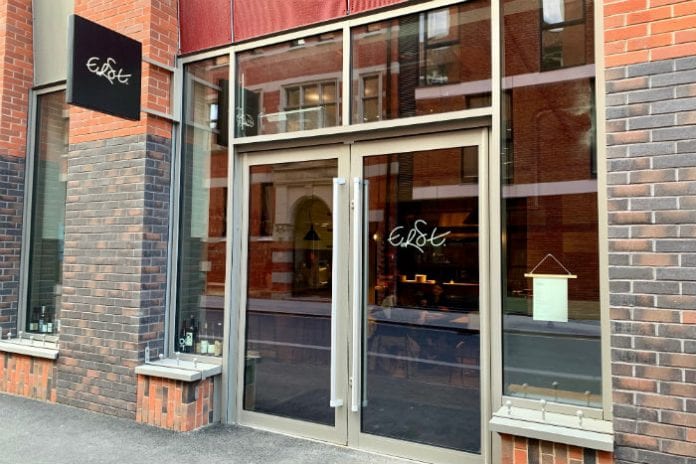 From the people behind Trove bakery, whose original site is in Levenshulme as well as a recent opening next door to Erst on Murray Street, the new restaurant’s focus is on simple seasonal food, natural wines and craft beers.

There’s old and new here. Concrete floors, abstract artworks on the walls and a stainless steel topped bar, yes, but also a grill focus to the menu suggesting a passion for the bygone simplicity of cooking over fire. Fitting, given that ‘erst’ is an old word meaning ‘long ago’.

And the grill dishes and small plates are good. Really good. And unusual. There’s nowhere else doing food quite like this in Manchester city centre. 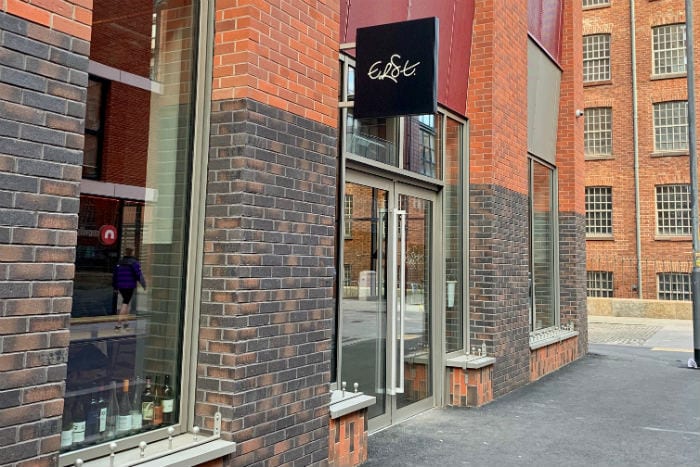 Eyes bigger than tummies, we over-order in our group. Two or three dishes per person, the waiter modestly suggests; we greedily order an average of nine between two. But we happily eat the lot.

Perfect for sharing, the dishes arrive as they’re ready. But in a sensible order, not in the haphazard way that can sometimes put people off this style of dining. 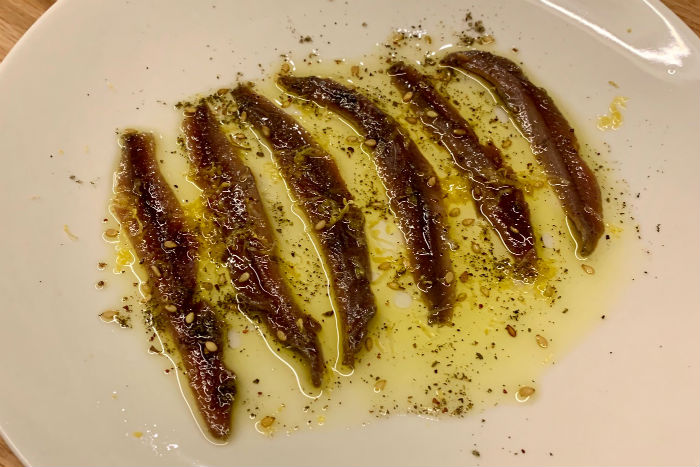 Salt cod (£8) is light and fresh and healthy-tasting with segments of sharp blood orange, salty olives and capers and aromatic oregano. Salt crusted potatoes (£4.50), small but packed with flavour, come with wild garlic aioli to dip and smear. 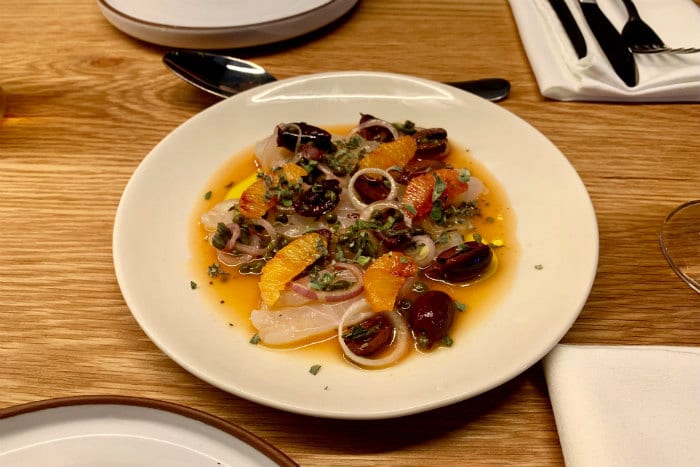 There are a couple of larger plates, great to share but which you could happily eat by yourself as a main dish with a side if you so desired.

The flesh is buttery soft but full of robust beefy flavour, the seared layer of fat an extra treat for lovers of this prized cut. 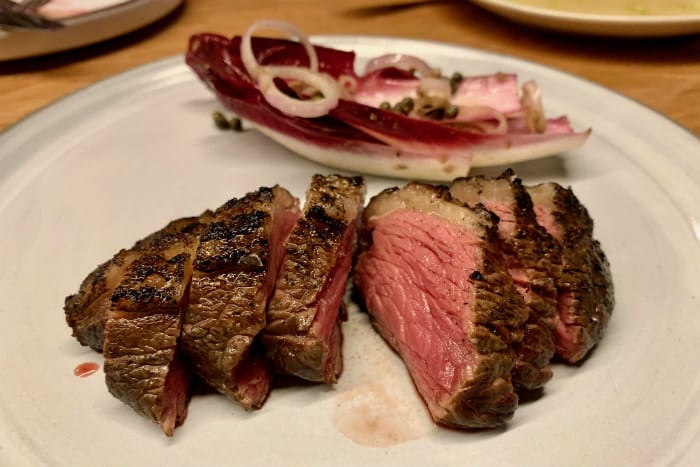 And then comes the winner.

Don’t be squeamish about eating heart if you’ve never had it before – it doesn’t have the punchy, metallic taste some offal can.

It’s very lean, full-flavoured but not overpowering, and gained a number of new fans in our group. Give it a go if it’s on the menu, you won’t be disappointed. 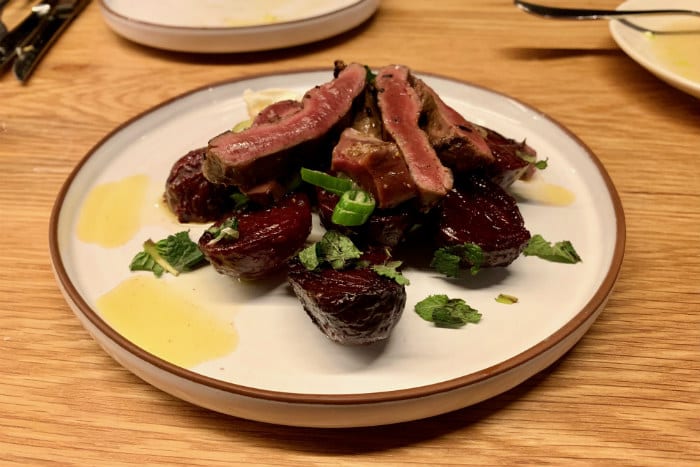 But when it comes to pudding, you may want to fly solo. Or is it just me that finds the words “brown butter crumble” utterly irresistible?

The caramelly, intensely nutty crumble, enhanced further by an aromatic hint of rosemary, comes with tender, baby pink rhubarb, and a sharp buttermilk sorbet to stop the whole thing getting too sweet (£7). 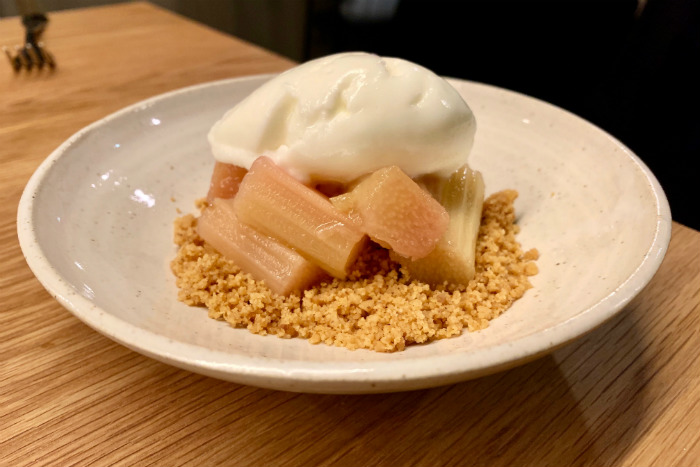 It’s a grown-up sort of a pudding, as is the bergamot ice cream that comes with a chocolate tart. There’s cheese, too, in the form of Tunworth, like a British Camembert, served with fermented lovage and crispy lavosh flatbread.

When it comes to drinks, the wine list features vintages from small producers who use organic and often biodynamic processes – in other words, caring for the fruit and the land it’s grown on rather than using large-scale production and pesticides. There are several orange wines on the list, too.

With a laid back, convivial atmosphere and a confident, well-executed food menu, it’s no wonder the place was so busy on our visit. It deserves to thrive.

Once again, Ancoats is proving itself to be the place to go for the most interesting meals in town. 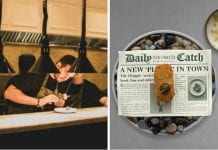 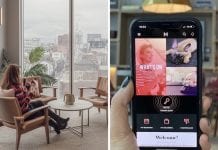 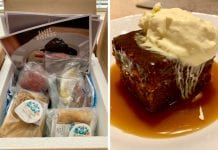 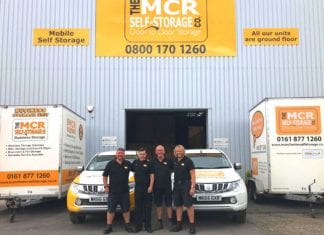