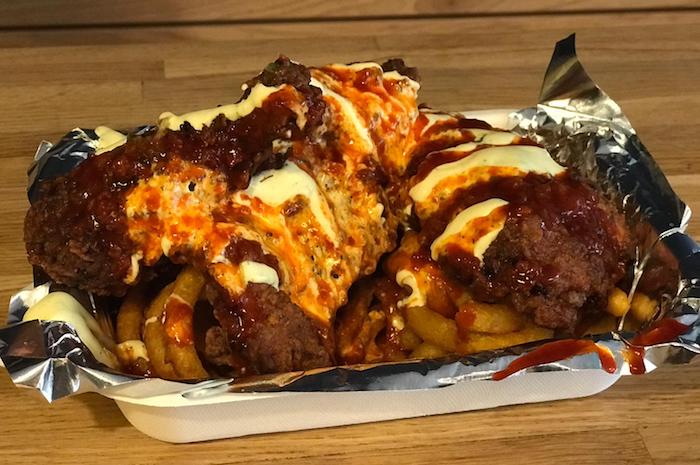 There’s a new fried chicken restaurant in Manchester – and the crowds are flocking in.

At the weekend, queues can be seen out the door of Flock on Piccadilly Approach as hungry punters snap up buttermilk-fried chicken in a range of dishes with a global twist.

And if you’re wondering why they call themselves the “penthouse of chicken” – it’s because they boldly believe they’re taking fried chicken to its highest level! 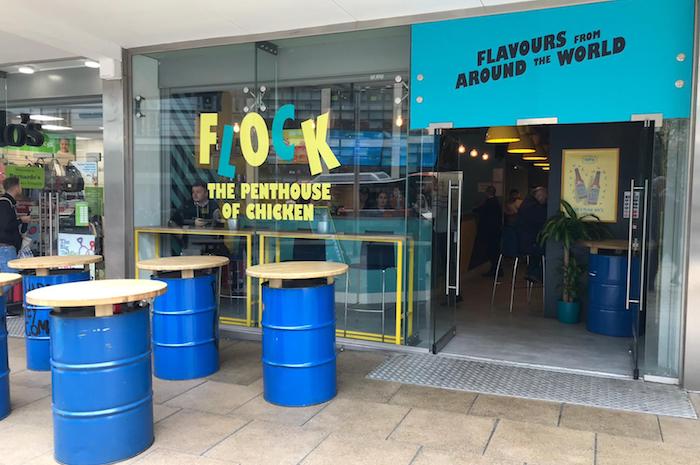 The most popular dish is the Atlanta chicken served on a giant bed of curly fries (£6.75) – a huge portion of buttermilk-fried chicken coated in a secret sauce and dollops of the chef’s home-made cocktail of sauces.

But that’s not the only dish getting diners drooling.  Their signature fried chicken is used to give crunch to a fragrant Thai green curry (£6.75) and Beijing salt and pepper chicken (£6.95) and you can have dishes served with fries or with wok-fried noodles. 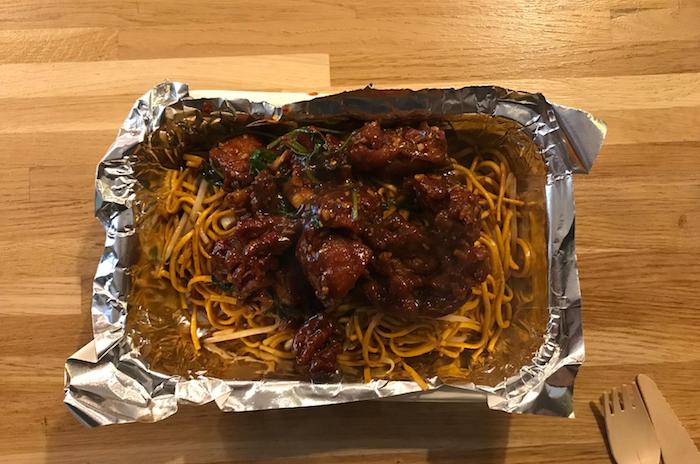 You can also buy separate portions of curly fries fried in Canton salt and pepper and molasses (£2.95).

Flock is co-owned by Ross Mackay and Lena Patel who have worked with creative director OJ Krishnan to create the menu of fried chicken treats.

They’ve been open six weeks on Piccadilly Approach, which is fast becoming known for its independent eateries on the walkway up to Manchester’s busiest railway station.

“The menu is based around buttermilk fried chicken, but then inspired by the global journeys we’ve all been on,” says OJ. 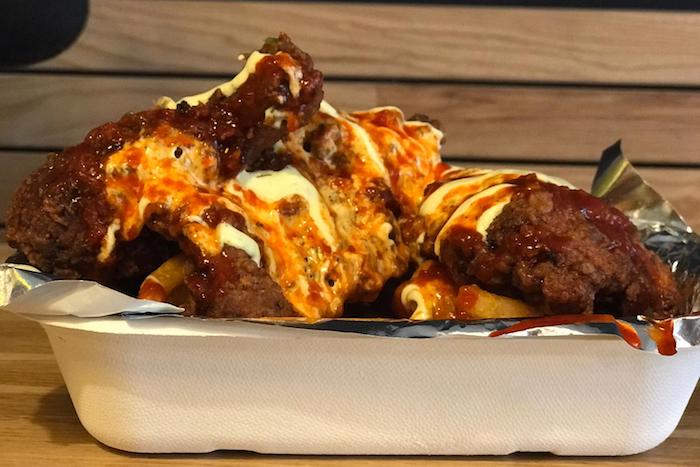 “We see this as fast casual dining. We we don’t like to call it fast food because it’s healthier than that.  We’re not jumping on the street food bandwagon. We source as many local-based ingredients as we can and combine it with global concepts.

“We came up with the penthouse of chicken slogan because we take chicken to the highest level.”

Co-owner Ross is a chartered surveyor by day and represents a host of independent bars and restaurants across Manchester, but saw the opportunity to launch his own restaurant with Flock.

“We’ve only been open six weeks but already we have queues out of the door on Fridays and Saturdays,” says Ross.

“We think we’ve brought something new to the market and are excited to see where it goes next.”